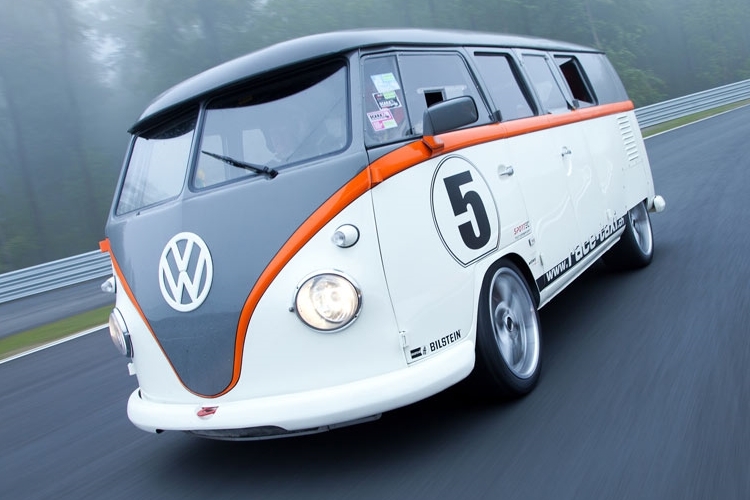 At first glance, the FB1 Race-Taxi looks nothing more than a regular Volkswagen bus, the iconic hippie wagon whose production officially ended back in 2013. Except, it isn’t. Doing every other incarnation of the microbus one better, it combines the utility of the classic camper van with a race car’s killer performance.

On the outside, it looks like a freshly-painted Volkswagen Camper, using mostly stock parts to help it blend in with other vehicles of its ilk. Underneath the hunk of metal, though, lies some serious Porsche-derived racing tech, making it, essentially, the equivalent of a gentle and petite soccer mom who, as it turns out, can bench press 400 pounds. Or something like that. 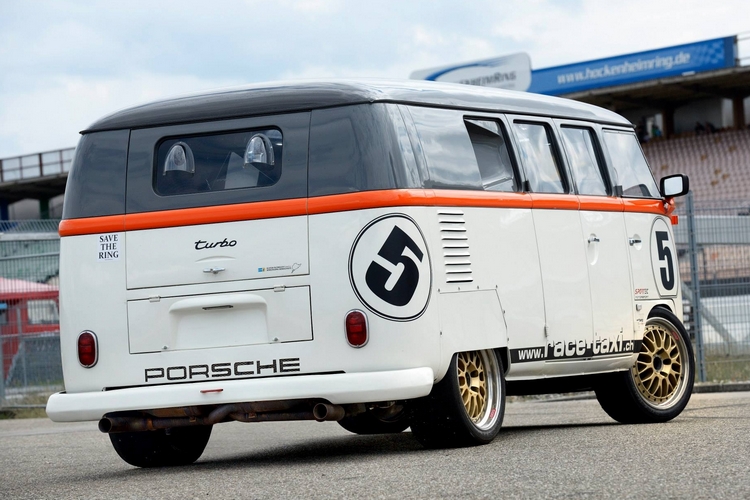 The FB1 Race-Taxi is a Volkswagen Type 1 microbus, powered by an air-cooled flat-six engine transplanted from a Porsche 993 Turbo, which produces 530 horsepower and 558 pound-feet of torque. That powerful engine isn’t the only thing they took from Porsche: the six-speed manual transmission is borrowed from a Porsche 996 GT3, while the ventilated disc brakes and power steering are straight out of a 993 Turbo. Key features include front and rear independent suspension, three-piece BBS racing wheels, adjustable stabilizers, and “uncompromising construction” that makes it suitable for actually racing on a track. It can hit top speeds of 143 mph. 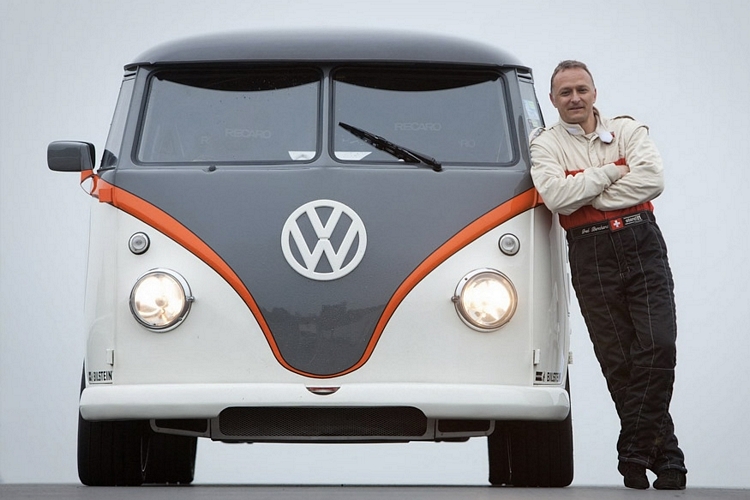 Want one? Unfortunately, it doesn’t appear to be on sale, but a one-off labor of love created by Swiss automobile fan, Fred Bernhard, who spent six years of his life working on the ride. You can learn more about the FB1 Race-Taxi directly from its website (warning: you’ll need Google Translate if you don’t speak German).