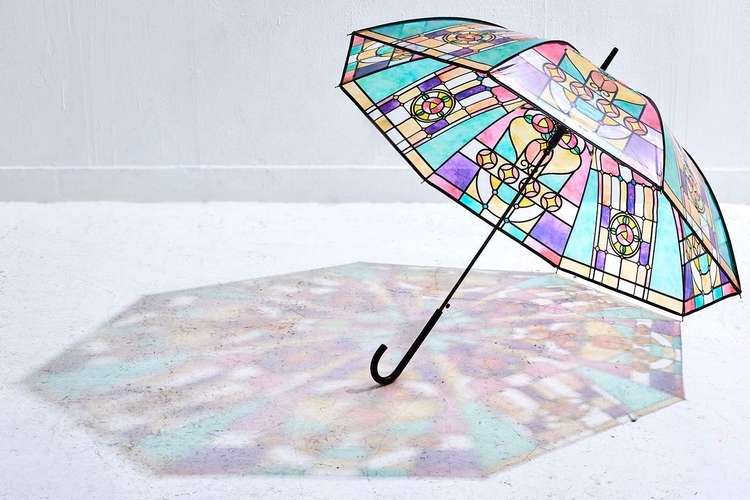 Umbrellas are useful for two things. Shrugging off rain and giving you shade from the sun. Yes, we know you saw a character use one as a parachute in a cartoon before, but we doubt that’s a real function that you can rely on. The Stained Glass Umbrella does the rain part well enough, but ditches the ability to shade you from the sun in favor of a more unique function.

Equipped with a canopy covered in a stained glass window design, the umbrella allows light through to create a beautiful pattern on any surface the light lands on. That means, while it won’t shield you from the sweltering heat of the sun when you use it at the beach this summer, it will cover you in beautiful colors while you’re sweating profusely. Or something like that. 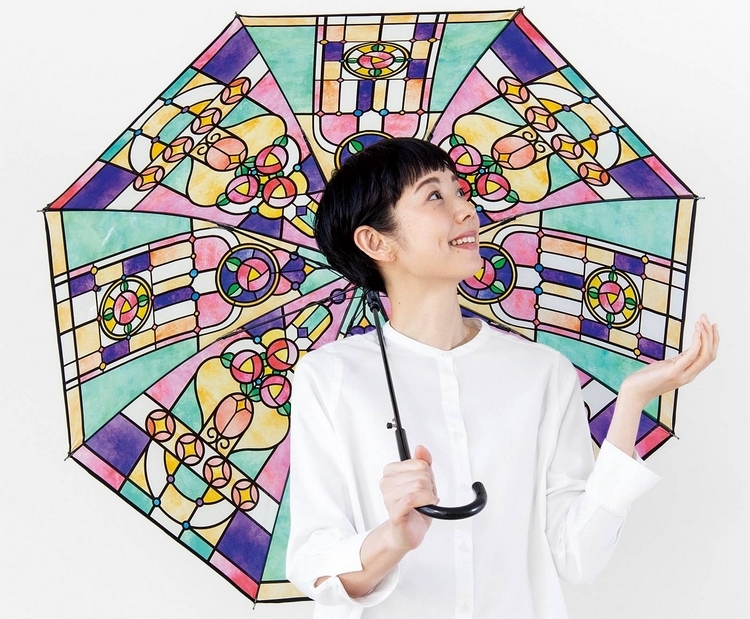 The Stained Glass Umbrella seems like an erstwhile standard straight umbrella that rolls up into a long cane-like form factor, with a structure made up of a steel shaft, a plastic grip, and fiberglass ribs that run through the canopy. Except… you know… the canopy is made from a translucent material with a print of traditional stained glass window designs plastered all over it. When opened with light on top of it, the umbrella allows the light through, projecting a colorful image of the stained glass design on whatever surface sits underneath it. That way, you can put it on the floor right by your bedroom window to treat yourself to a colorful floor when you wake up in the morning or right by the shade in the backyard, so you can see some color there. We know, that kind of thing gets old really fast, but it sure makes for a more interesting umbrella than whatever everybody else is using. 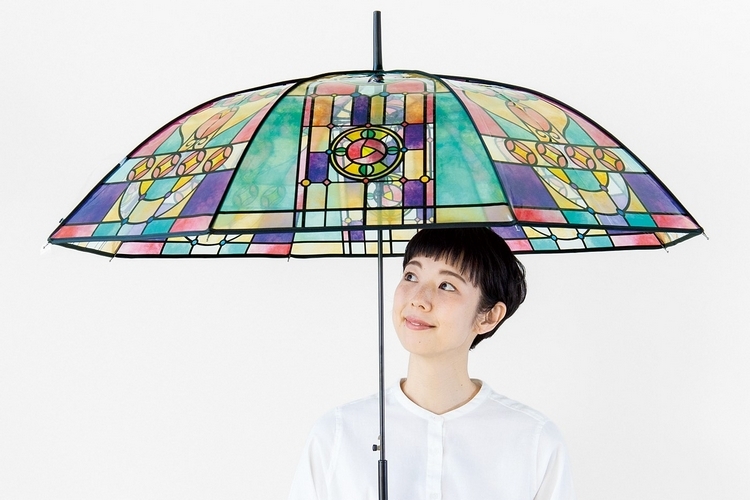 According to creator Felissimo, the design isn’t actually based on those colorful windows found in churches across Europe and other Western territories. Instead, it’s based on Japan’s version of stained glass windows, which became a popular decoration in the country during the early decades of the 20th century, with this particular design based on popular windows during the Taisho era. Based on looking at the design, it looks no different from Western stained glass windows, so you can tell people you got it from Europe or Japan with equally plausible backstories. 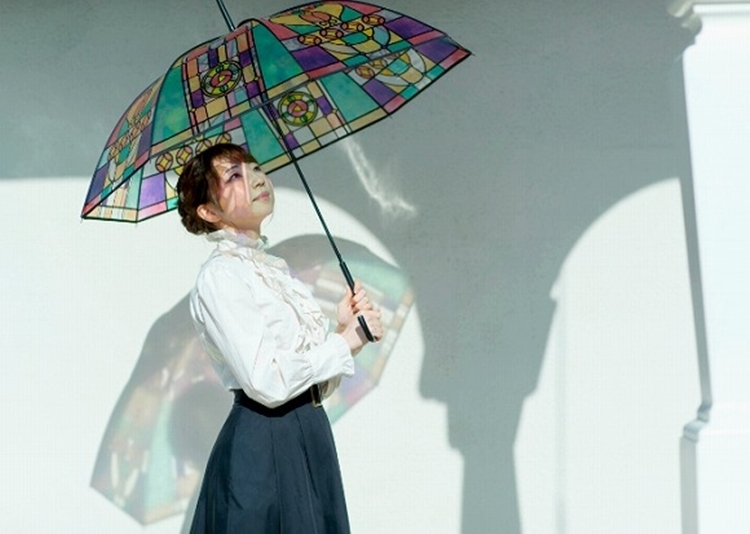 While the Stained Glass Umbrella’s see-through design may be odd for many people, it’s actually not that unusual in Japan. In fact, clear vinyl umbrellas are pretty ubiquitous in the country, being one of the more common sights you will find during drizzles. It is, apparently, readily available and very affordable, making it one of those things you just haphazardly pick up when you suddenly find the need for an umbrella. Of course, this reinforces that see-through canopy with beautiful stained glass art that’s just downright eye-catching.

The Stained Glass Umbrella is made in Japan, hence it’s not easily available to those of us who live elsewhere. If you don’t mind going through import outfits like Japan Trend Shop, though, you can get yourself one for $37.