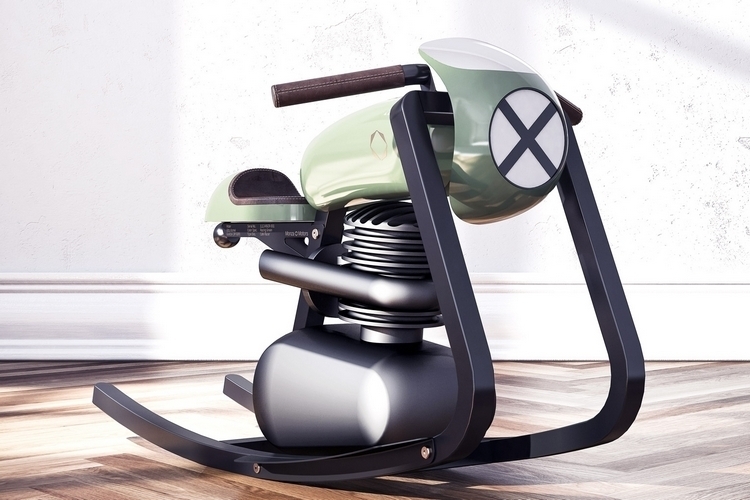 Few toys have managed to thrive in multiple generations better than the pony rocker. For some reason, riding a pony-shaped toy that rocks back and forth has remained an attractive activity for youngsters now as it did way back in the day. This, despite the fact that most people will never ride a horse in their lives. If you have dreams of one day riding a Scrambler side-by-side with your grownup child, maybe you can swap the pony in favor of this Moto Rocker.

Created by industrial designer Felix Monza, it’s a rocker clad in the likeness of a motorcycle, so your kid can rock back and forth while imagining they’re riding down the freeway, zipping through traffic, or performing a motorcycle stunt. Sadly, it doesn’t come with its own motor sounds, so your kid will have supply their own grunting and whirring noises. 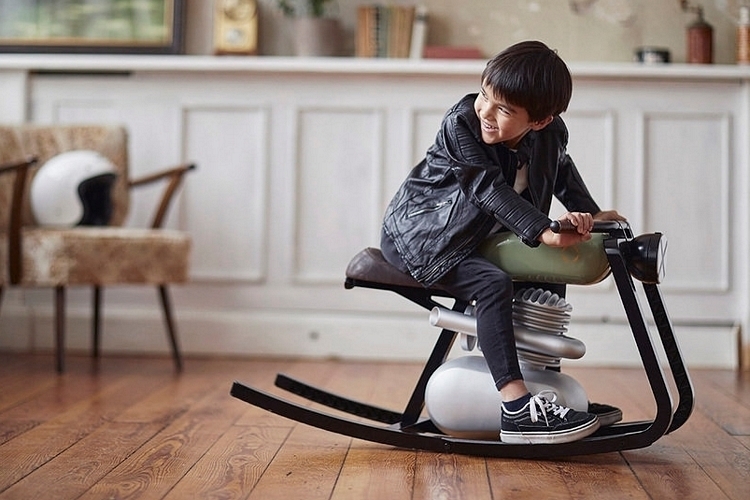 The Moto Rocker replaces the traditional equine with motorcycle elements, such as a fuel tank, handlebars, a saddle, a tail light, and even a fake engine under the tank. Not content to make something that’s just looks kind of like a motorcycle, they took pains to make every element look legit. As such, it sports a polished metal tank that looks like it belongs in a real bike, a neat-looking one-cylinder 125cc engine replica, and a handmade seat that’s cut in genuine leather just like a proper motorcycle.

It comes in three models: café racer, brat-style, and track, each one sporting elements that allow them to resemble that specific style of motorcycle. The shape of the saddle, for instance, varies depending on the model, with the café racer getting a tail cowl, the brat-style getting a flat seat, and the track bike getting a shapelier tilt. Same goes for elements that sit at the front of the bike, with the café racer getting a windshield, the brat-style getting headlights, and the track bike getting a numbered tag just like they do during motocross racing. 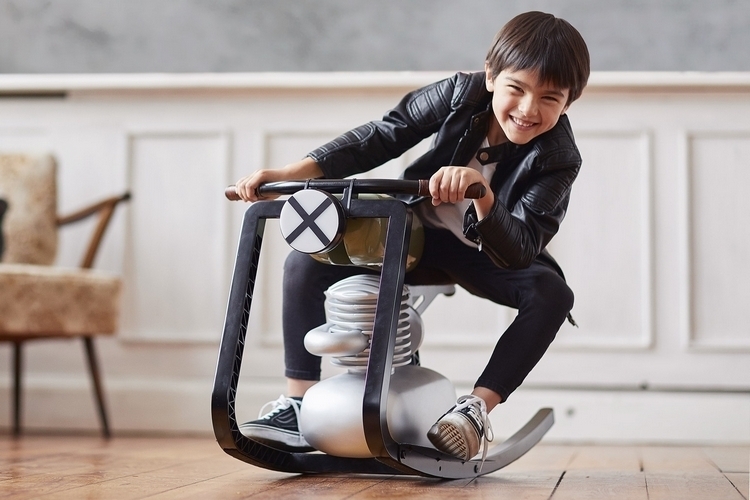 Construction is steel for the frame and the fuel tank of the Moto Rocker, with the engine cut in a bio-plastic material that kind of gives away its faux status at first glance. Considering how heavy this thing can get if they made that with steel, though, it’s probably a good idea. Because of the steel construction, the rocker can support weights of over 100 pounds, ensuring every kid who wants a ride in a fake motorcycle can indulge themselves. 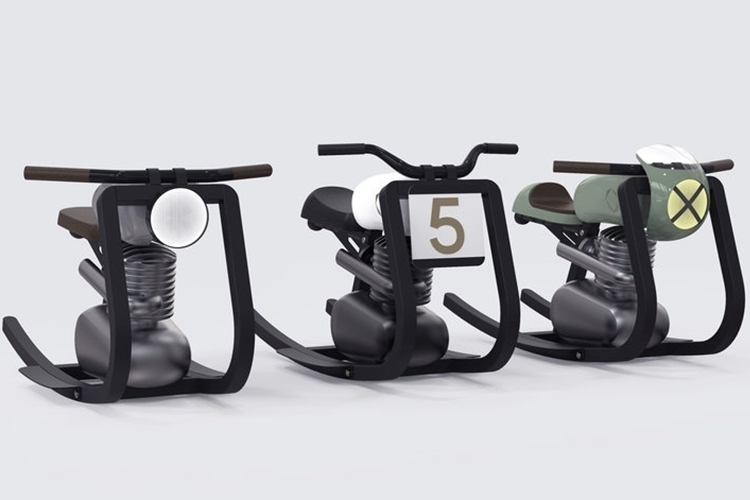 Each one is handcrafted, by the way, so you can be sure this wasn’t hastily put together by tired workers in an assembly line. As such, they can customize nearly every element to your liking, so you can get it with any specific paint combination that you’d like. They also put the name of the child on the frame bracket to give it a personal touch, so you might want to invent a child’s name, in case you want to buy one for yourself (yeah, we know you do). Dimensions are 875 x 260 x 500 mm (length x width x height).

While intended as a toy, the Moto Rocker definitely isn’t priced like one, as they’re selling it for €1,295 each.