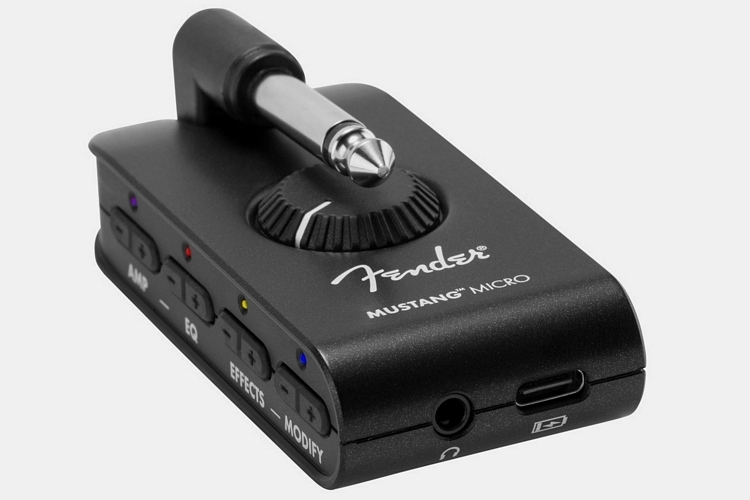 Yes, plugging a guitar to an amp and turning the volume up is always the best way to enjoy any practice time you’re putting on your shredding skills at home. Problem is, it’s also the easiest way to annoy people in the next bedroom, the next apartment, or (if you’re really loud) the neighbors down the street. Yeah, just plug in a pair of headphones and enjoy your six-string solos in private.  Since you’re going that route, might as well skip using the large studio amp and get a portable practice amp instead. When it comes to practice amps, we don’t think we’ve seen anything as compact as the Fender Mustang Micro yet.

Sized like a box of Tic Tacs, the device plugs into your guitar’s input jack and just hangs there, so you can move around with your guitar without having to trip over any wires laid out on the floor. That’s right, it’s so small it just hangs off your guitar in a stable manner as soon as it’s plugged in, making it extraordinarily convenient for use around the house. It’s compatible with both Strat- and Tele-style electrics, so it should work with most any guitar other than the weirdest custom models. 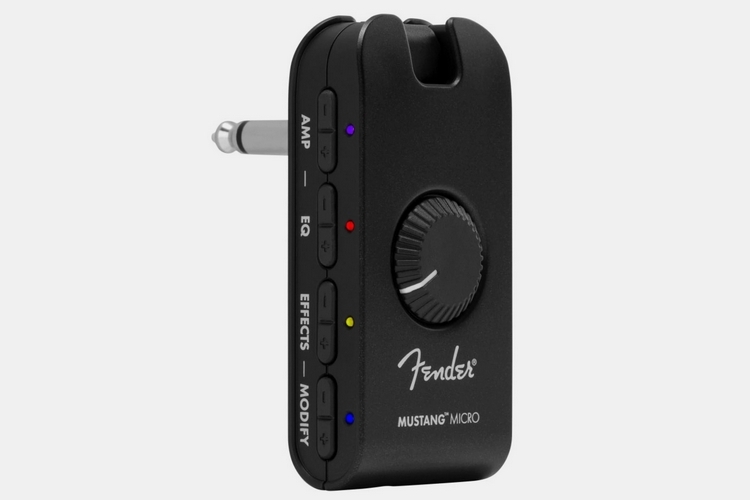 The Fender Mustang Micro is a tiny amp with an articulating guitar plug on one end and a headphone port on the other, so you can pipe any signals coming from the guitar straight to your favorite pair of wired cans. A volume knob in the middle allows you to easily adjust the loudness you’re going to subject your ears towards, so you can turn it low if you just want to play around with some riffs and turn it high when you’re practicing a solo you’ll be doing with your band on the weekend. It works strictly with wired headphones, by the way, so you will still need to put up with some cables hanging around while you’re playing. 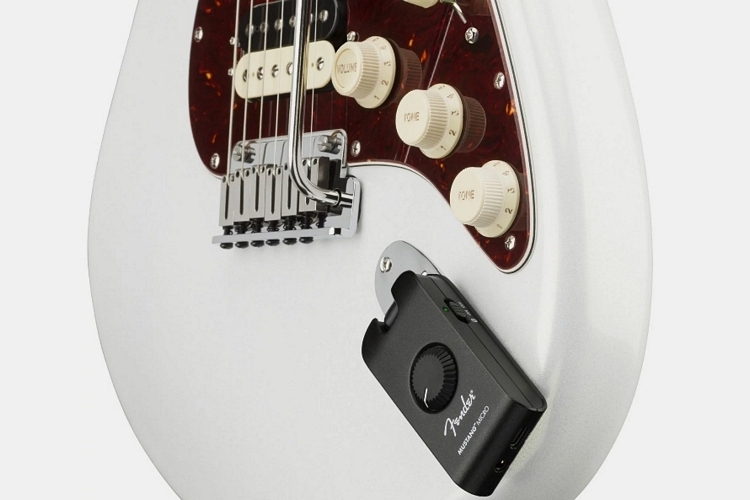 Since people rarely play electric guitars without using any effects, the headphone amp comes with amp emulators and effects taken straight out of the outfit’s Mustang GT and GTX series. It comes with 12 amps that deliver a satisfactory range of clean and dirty, with a few choices in between, along with 13 effect models, including reverb, overdrive, compression, delay, and more. 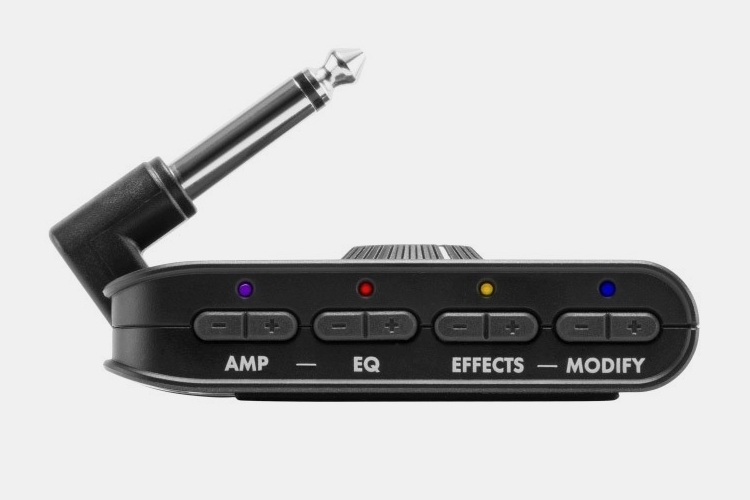 The Fender Mustang Micro actually comes with Bluetooth onboard, except you’re not meant to use it by pairing wireless headphones to the amp. Instead, the Bluetooth is used to stream music from your phone (or any other compatible audio source), so you can play along to songs, band instrumentals, or whatever else you have in your music library. There’s also a USB-C slot that you can use to charge the device (it can last for four to six hours of playing), as well as connect it to a computer to record your guitar-playing. The USB-C connection is also the way to get future firmware updates, as Fender occasionally adds extra amp emulators and effects to their products down the line.

The Fender Mustang Micro comes out in April, priced at $99.99.