We Knew A Drop-Top Speciale Will Be Pretty, But The Ferrari 458 Speciale A Is Just Sublime 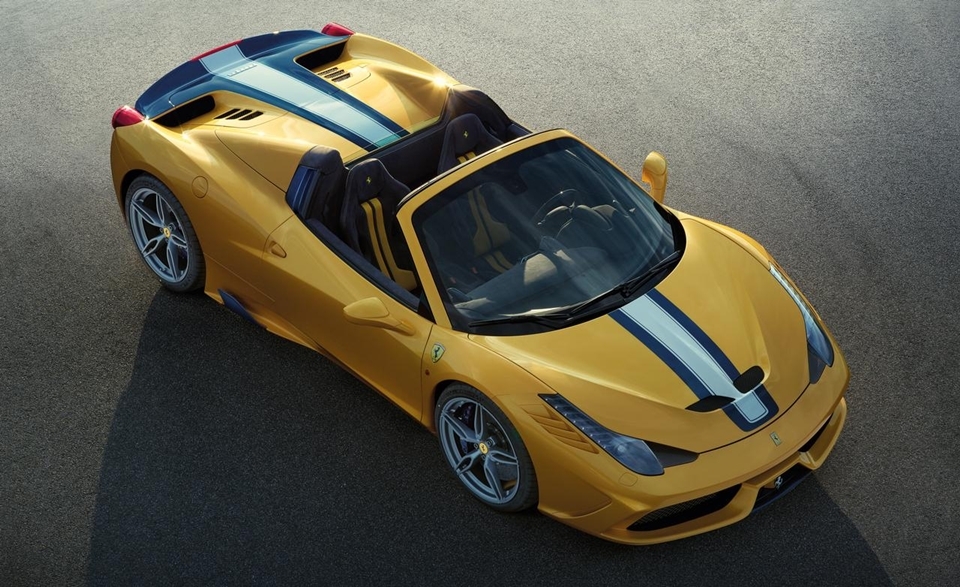 The “A” in the Ferrari 458 Speciale A stands for Aperta, the Italian word for open.  But it really should stand for “Argh!” because, darn it, this thing is so beautiful, it hurts.

Seriously, look at it.  It’s like a mish-mash of scoops, vents, and winglets that, somehow, managed to look perfectly apportioned in every way.  Argh!  It’s sporty and exciting and fearful and aggressive, with powerful refinements under the hood that complement the exterior’s lines just right. 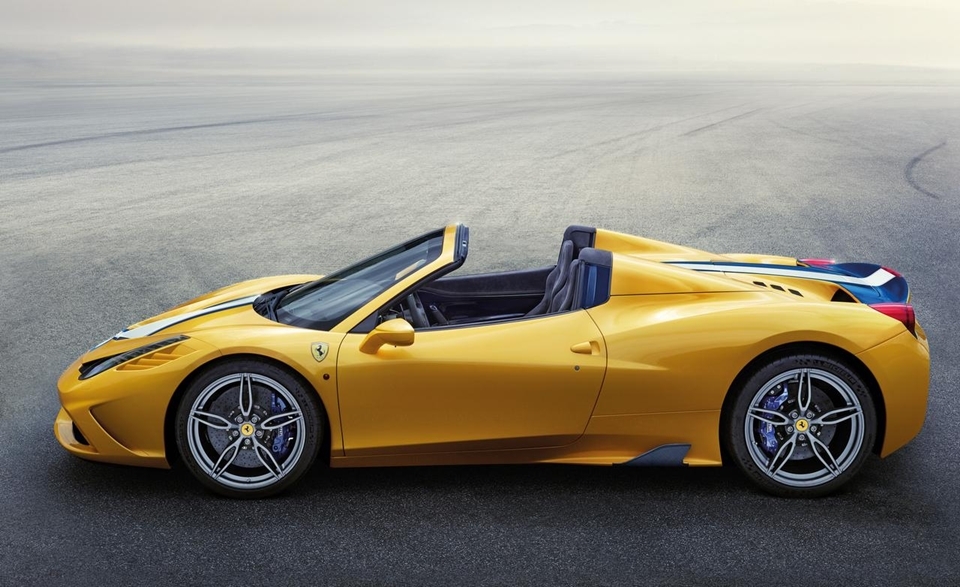 Powered by the same 4.5-liter V8 from the hardtop Speciale, the Ferrari 458 Speciale A puts out 597 horsepower and 398 pound-feet of torque, a combination that lets it hit a 0 to 60 in 3 seconds flat.  It does that with the top off, too, so expect that toupee to fly off while trying to impress girls with your new ride’s crazy acceleration.  Argh!  Don’t worry, you can always just tell girls that the flying toupee is part of the demonstration.  It gets the same refinements as the spectacular Speciale, including front and rear active aerodynamics, Side Slip Angle Control, and a rigid chassis that incorporates 10 different aluminum alloys. 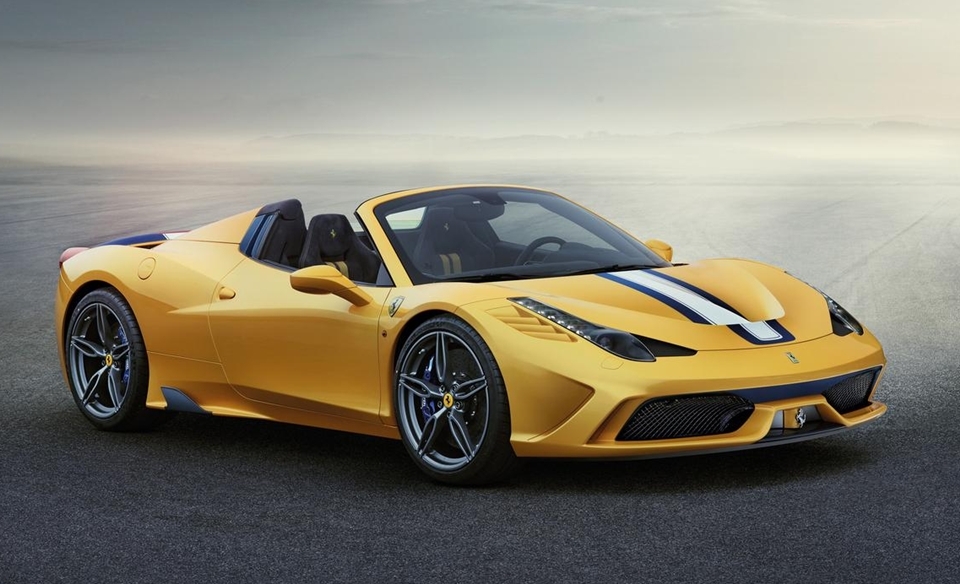 The retractable hard top is similarly made from aluminum, which can be deployed in 14 seconds at the push of a button.  Do note, the convertible design added about 110 pounds to the overall weight compared to the coupe, so this isn’t likely to hit the latter’s 202 mph top speed (exact figure wasn’t announced).

Premiered in a unique triple-layer yellow livery with a Blu Nart and Bianco Avus central stripe, the Ferrari 458 Speciale A will be one of the highlights of next month’s Paris Motor Show.  Only 499 units will be made, with an estimated base price of $250,000. 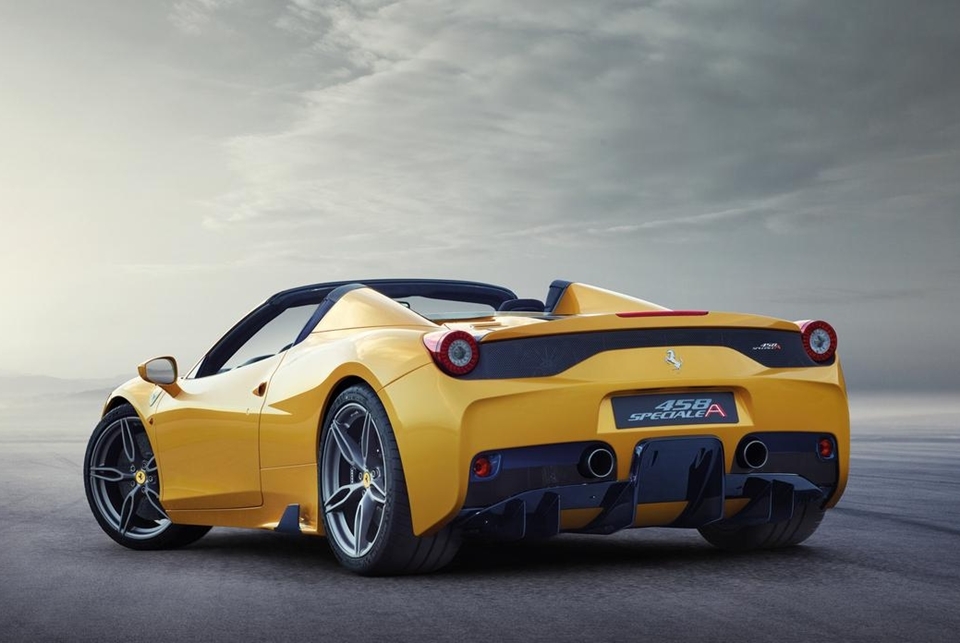 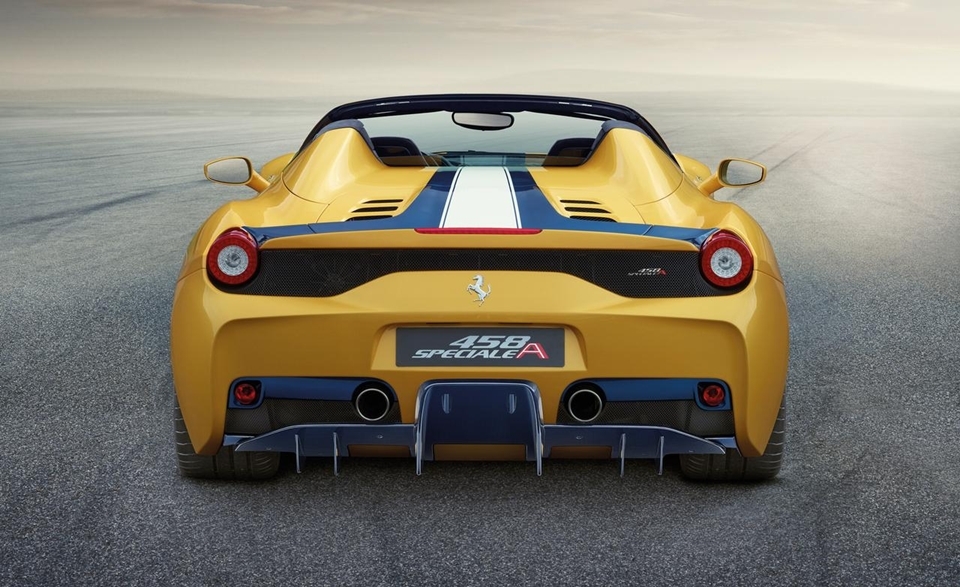 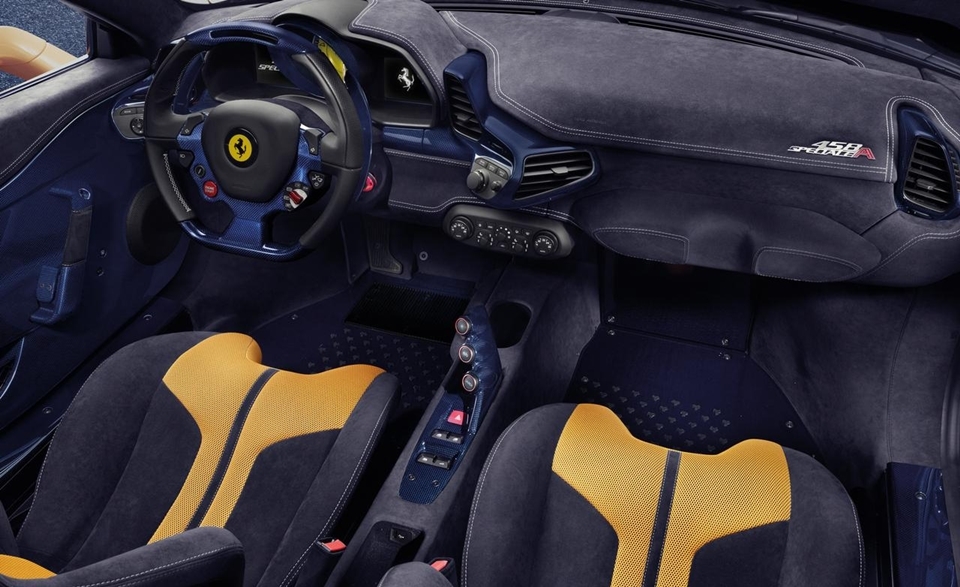