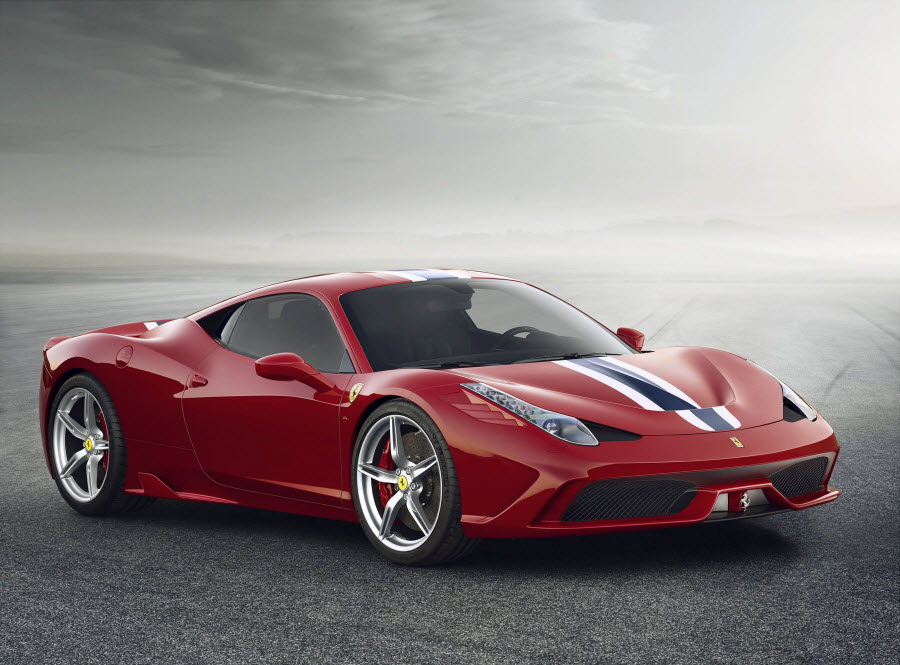 Basically, they took the Italia and threw in a whole load of improvements into the powertrain, aerodynamics and vehicle dynamics, coming up with “a completely new, uncompromising, streamlined sports car.”  Many of the technological and engineering solutions implemented here are fresh off the lab, making it the showcase piece for a lot of the innovations you’ll see in future releases from the automaker. 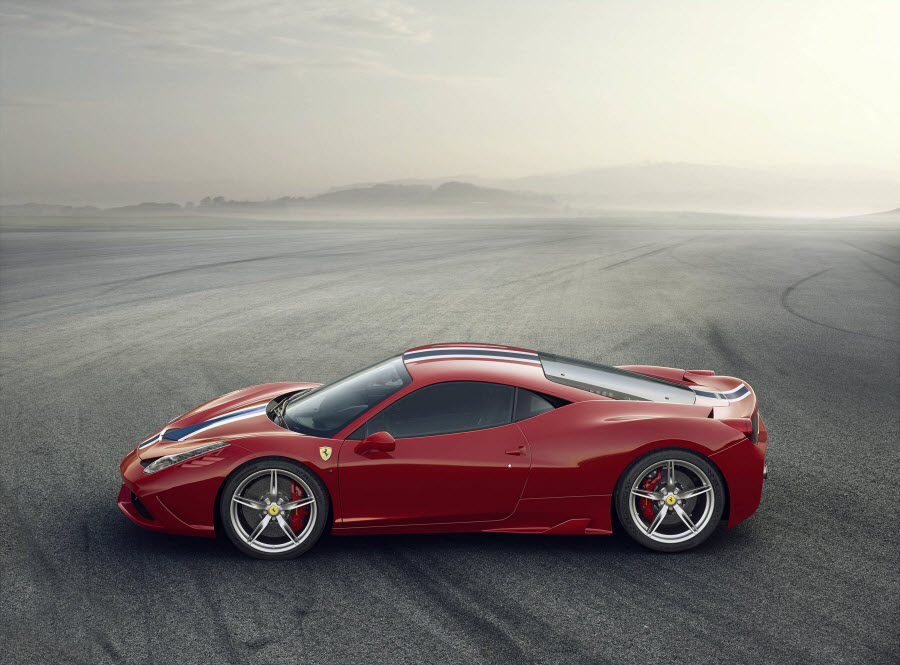 While many automakers will be satisfied fitting their rides with the International Engine of the Year Awards’ “Best Performance Engine” winner for two years in a row, the Ferrari 458 Speciale bumps up the high-revvin’ 4.5-liter V8 even harder.  Retuned to deliver 596 horspower (up from 458) and 398 pound-feet of torque, it powers the vehicle to a 0 to 60 time of just 3 seconds and a 0 to 120 of just 9.1 seconds.  No word on top speed, but it should handily top the Italia’s 202 mph.   Ferrari calls the engine its “most powerful naturally-aspirated V8 ever,” making for something really special under the hood. 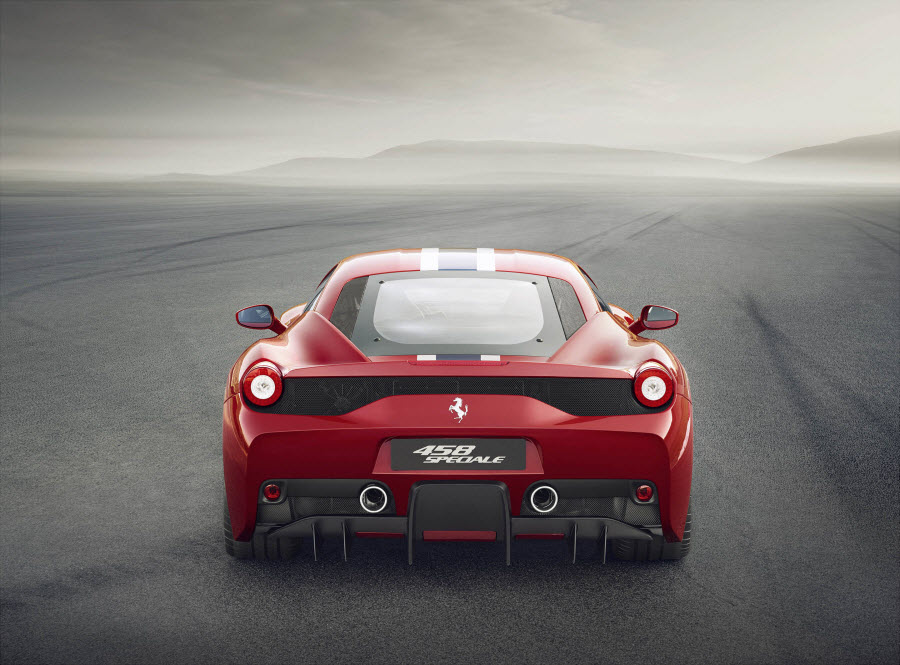 On the aerodynamic end, they took out  the “base” model’s bendable wings in place of two massive air dams, they added wings on the side of the chin to smooth airflow, and threw in another pair of wings at the back to calm winds as it rushes over the rear, among a load of tweaks.  So you can “toy” with your Ferrari like an out of control 13 year old, it comes fitted with Side Slip Control (SSC), which optimizes torque management and torque distribution betweem the two wheels to improve vehicle control.  Other notable details include a lighter weight (1,290 kg, down from 1,380), carbon fiber seats, and Michelin Pilot Sport Cup 2 tires. 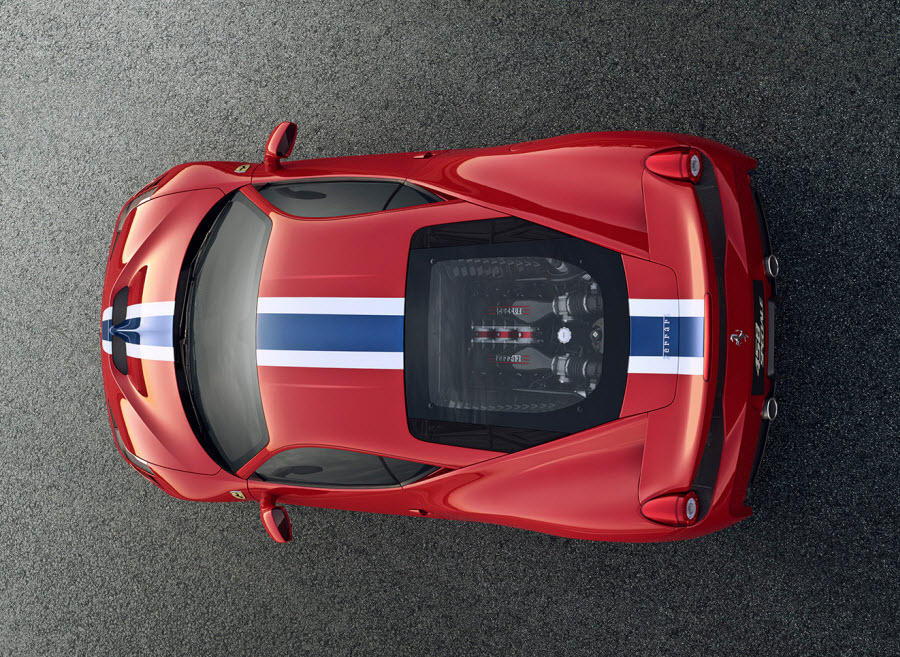 The Ferrari 458 Speciale will greet the world when it shows up at the upcoming Frankfurt Motor Show. 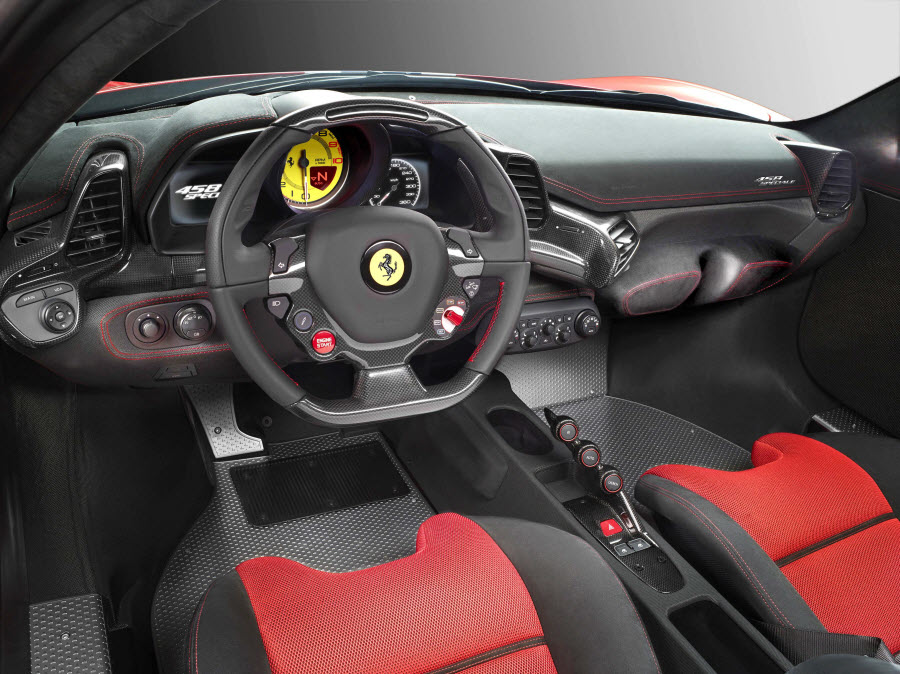