Meet The Ferrari 488 Spider, The Badge’s Sweetest Drop-Top Yet 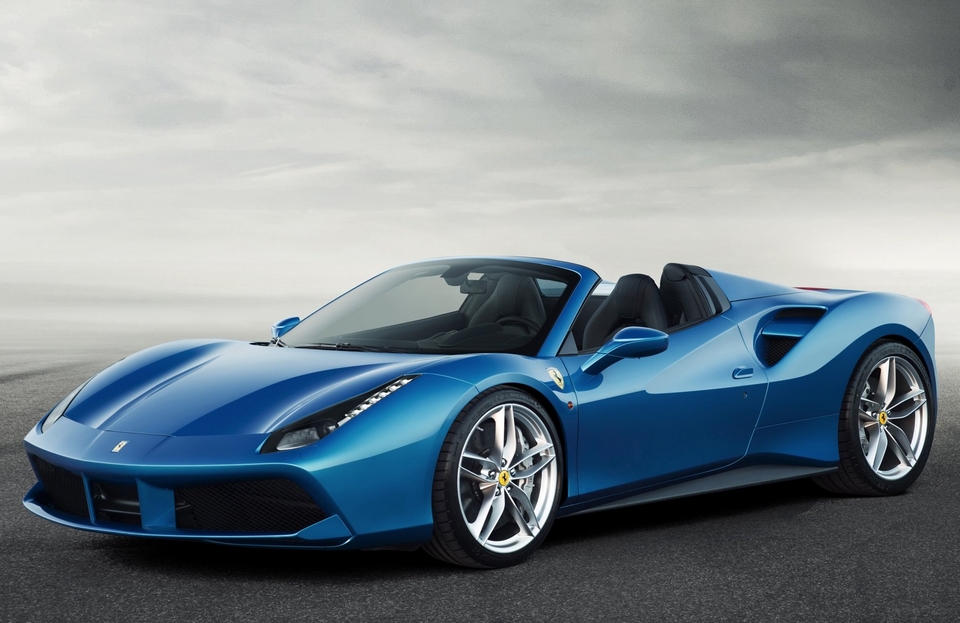 No matter how good a car looks, chopping off the roof almost always makes it even better. That’s definitely the case with the Ferrari 488 Spider, a convertible version of the Ferrari 488 GTB that the company announced back in February.

Billed as “the most aerodynamically efficient Spider in Ferrari history,” the drop-top 488 boasts innovative elements like a blown spoiler and vortex generators in the underbody, allowing it to achieve optimal downforce and reduced drag. The rear wind stop can also be electronically adjusted to one of three positions, allowing drivers to reduce turbulence when driving with the top off. 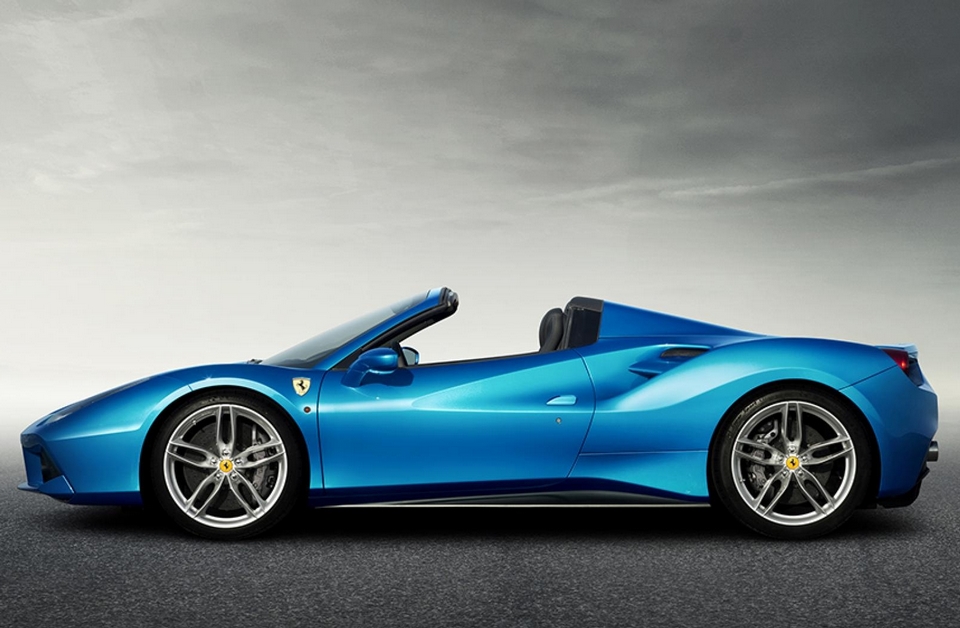 The Ferrari 488 Spider houses the same mid-rear turbocharged V8 in the coupe, delivering 661 horsepower and 560 pound-feet of torque to the rear wheels. It doesn’t lose a lot of speed even when topless, either, accelerating to 62 mph in 3.2 seconds (compared to 3 seconds for the coupe) and hitting top speeds of up to 203 mph. Boasting “the most technologically-advanced retractable hard top on the market,” it posts huge weight savings (55 pounds) compared to traditional soft tops, all while enabling better wind and noise protection (with that beefed-up V8, you’ll need all the noise protection you can get). The two-column roof can open and close in 14 seconds, resting flush on the engine once it’s fully retracted. Other features include a new aluminum spaceframe that enables 23 percent greater torsional rigidity over than the last-generation Spider, seven-speed dual-clutch transmission, and a fully-integrated Side-Slip Angle Control System that results in 12 percent faster acceleration out of corners than the previous drop-top Ferrari. 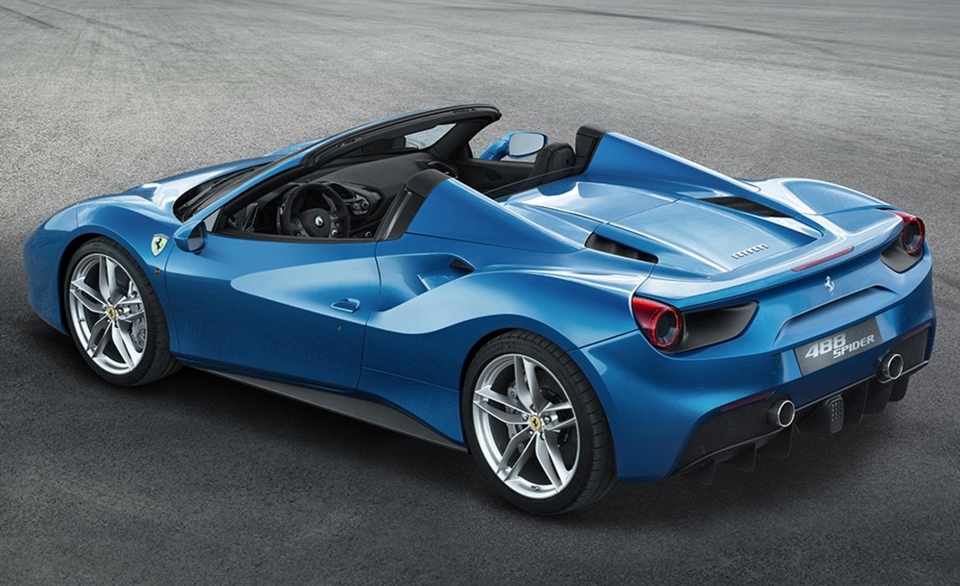 No pricing, but expect more details to come out when the Ferrari 488 Spider makes a grand debut at the 2015 Frankfurt Motor Show. 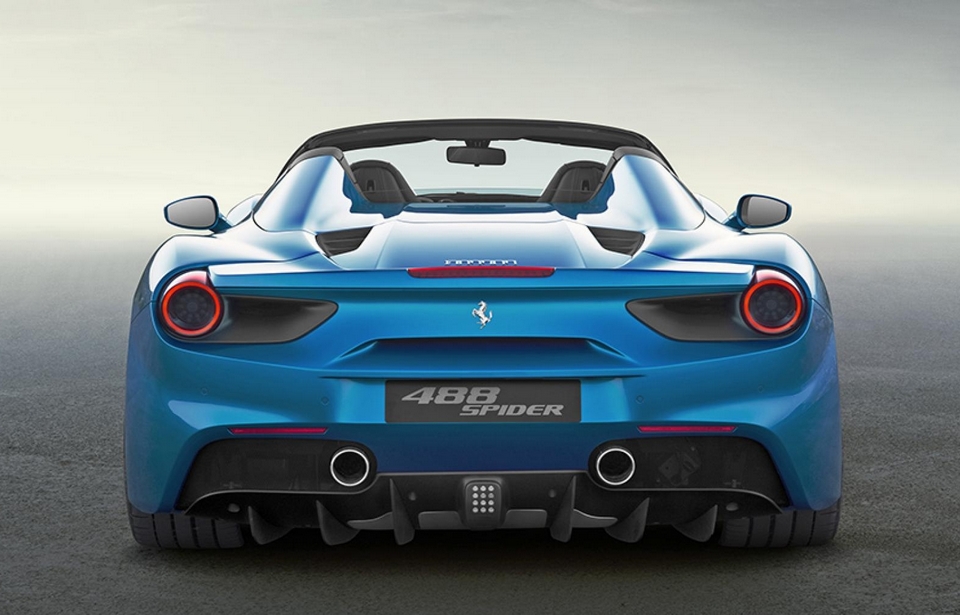 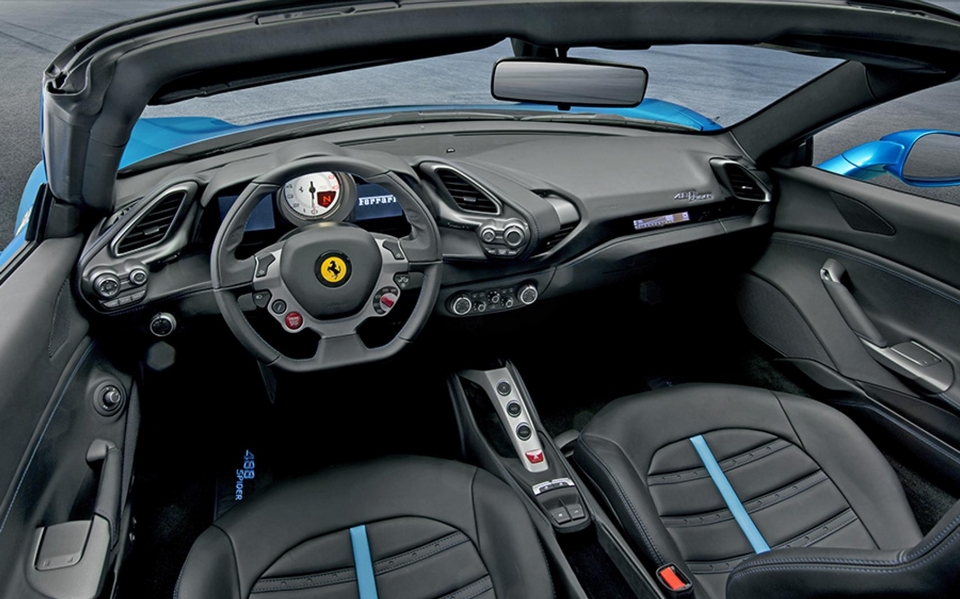