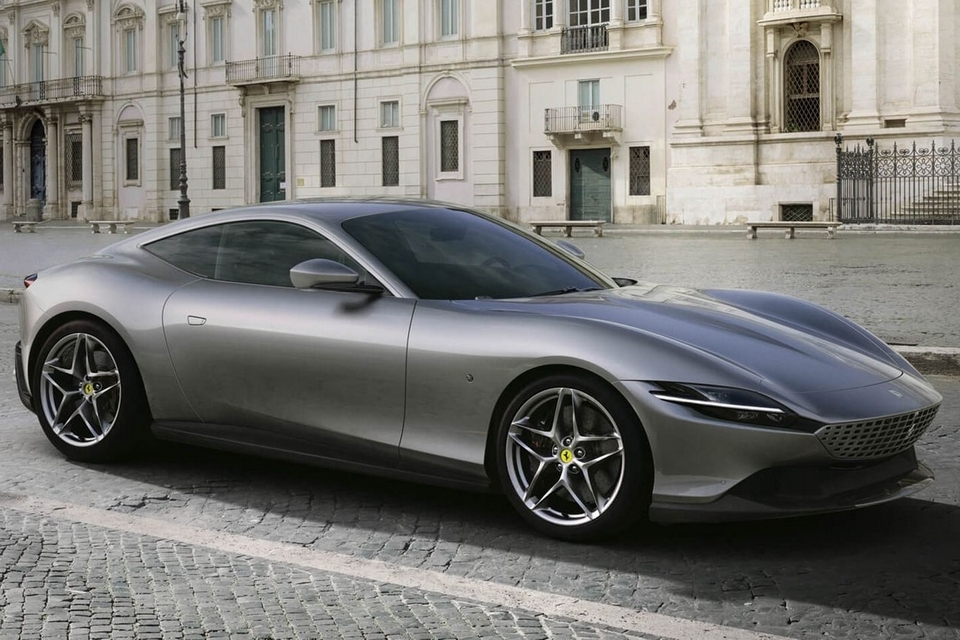 Ferrari has been busy this year, introducing four new models in brief succession. And as we come to the end of the year, turns out they’re not done yet with the introduction of the Ferrari Roma.

An ultra-stylish two-door coupe, the vehicle is a veritable showcase of elegant lines and harmonious proportions, showing off, arguably, one of the most stunning Ferraris we’ve seen in a while. We know, Ferraris are supposed to be stunning in the first place, but something about the lines on this thing make it feel all that much more elevated. Or maybe that’s because it doesn’t look like a typical Ferrari, at all (seriously, you see this gray beauty without noticing any Ferrari labeling and you’ll probably think it’s from another marque). 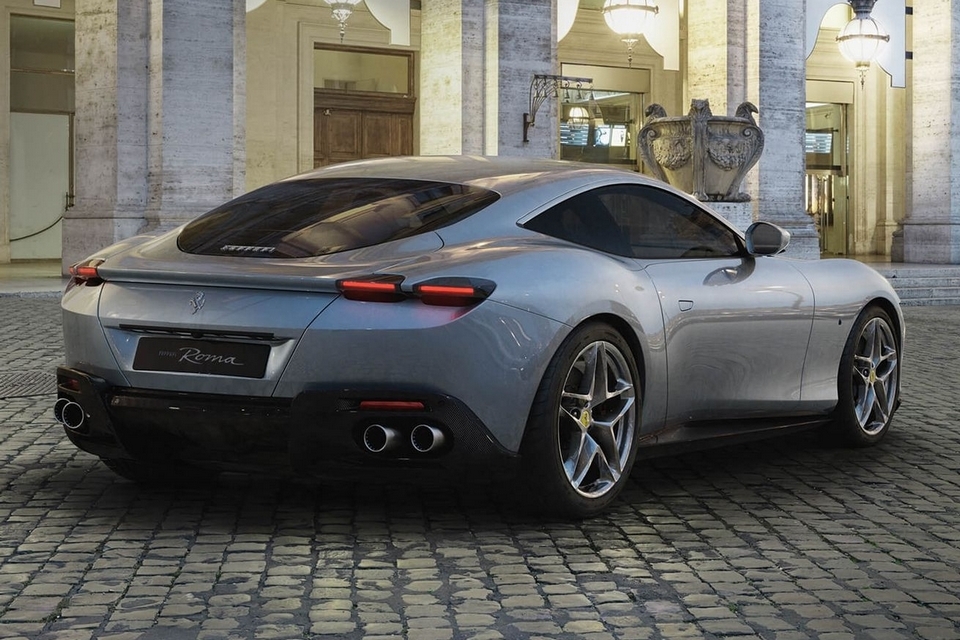 The Ferrari Roma is powered by the same 3.9-liter twin-turbo V8 we’ve seen the automaker shoehorn in plenty of vehicles before. In its current iteration, the engine puts out 612 horsepower and 561 pound-feet of torque, which it feeds to the rear wheels via the same eight-speed dual clutch gearbox introduced in the SF90 Stradale. With the car’s dry weight of 3,245 pounds, that engine is able to push it from standstill to 60 mph in just 3.4 seconds, all while reaching top speeds of 199 mph for those times you’re driving in a sparse highway with a death wish.

Billed as a “two-plus coupe,” the car is designed to fit only two, although there is enough room in the back to squeeze in a couple more passengers in a pinch. Or maybe it’s just best used as extra cargo room. Whichever the case, it should be a little roomier in the cabin than your standard two-seater. The cabin appears to isolate the driver from the passenger a bit more, too, in a design approach that Ferrari calls a “dual cockpit concept,” which will probably help make the driving experience feel just a little more on the sportier side. 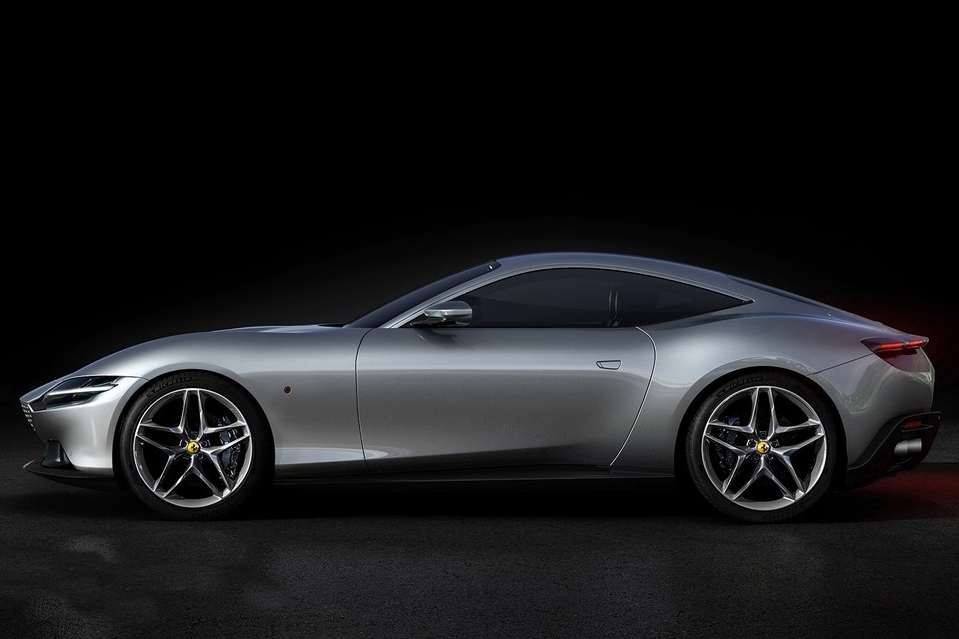 The Ferrari Roma’s dashboard is heavy on the digital instrumentation, with a broad digitalpanel, a compact central touchscreen for the infotainment system, and even a small touchscreen panel for the passenger when they want to change the music blasting on your speakers. That familiar red rotary dial for traction control, naturally, retains its place on the car’s steering wheel. It comes with the full complement of driver assistance technologies, including ABS with EBD, side slip angle control, third-generation electronic rear differential (E-Diff3), F1 TCS control system, and more. 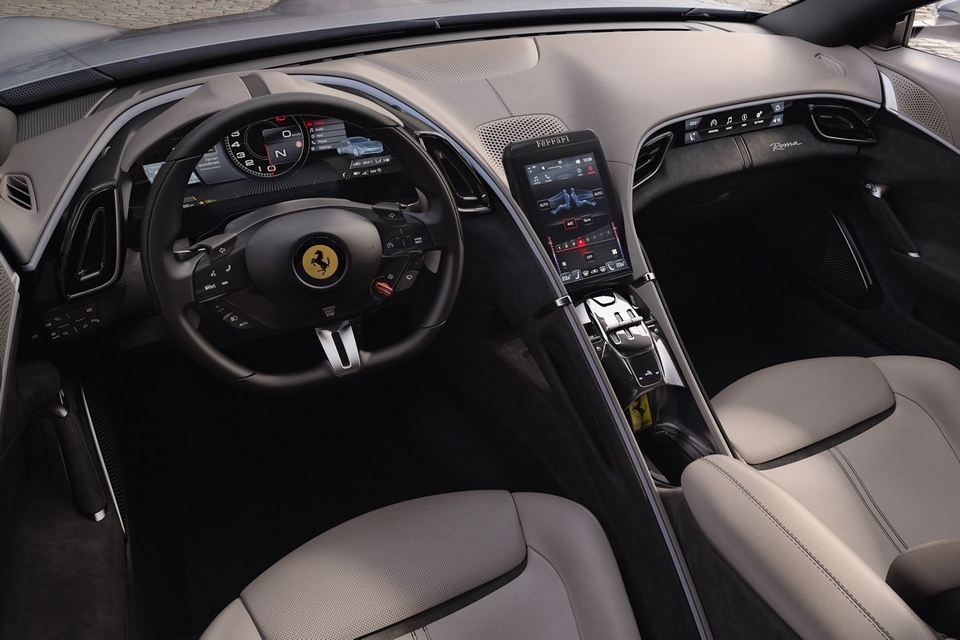 If you’re curious why Ferrari is introducing a car that doesn’t look like a Ferrari and doesn’t come dripping in the marque’s signature red color, there’s actually good reason. According to the outfit, they’re hoping to sell this car to people who don’t normally buy a Ferrari. As such, it’s configured as a grand tourer, the kind of car you’ll feel comfortable driving over long distances, all while pulling back on the flashiness that typically defines the outfit’s exotics, making it more suitable as an everyday car.

No pricing has been announced for the Ferrari Roma.