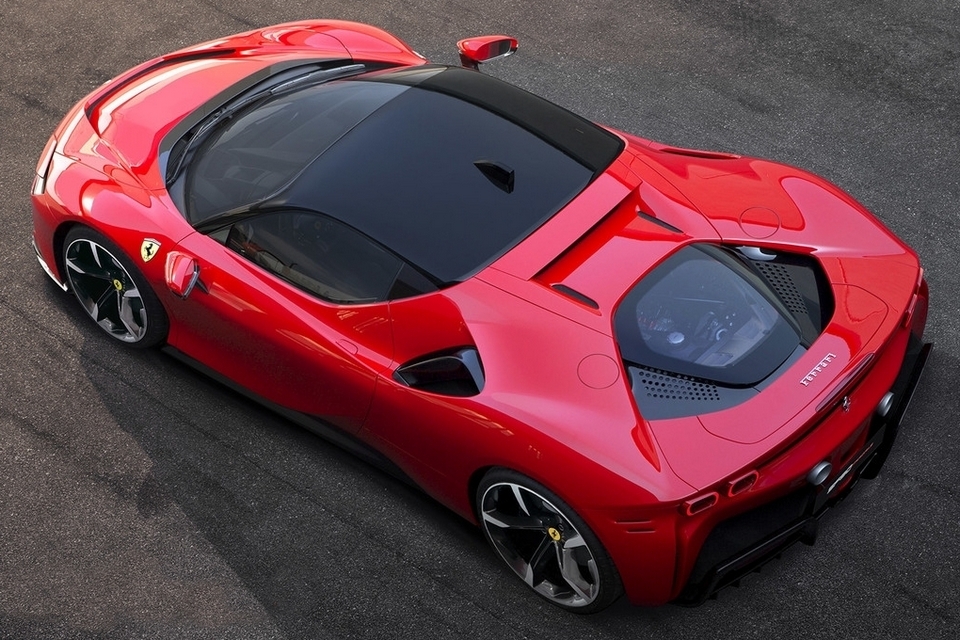 Gas guzzlers may still be as viable as any electric car today. Heck, they’ll continue to do so for many years in the future. However, there’s a good chance that electric vehicles will become the standard going forward and, if that happens, nobody wants to be left behind. That’s why every single automaker has got either an electric or a hybrid project on their fleet. Yes, even ones with exotic marquees, as the Ferrari SF90 Stradale proves.

A plug-in hybrid Ferrari, the car showcases the outfit’s advances in electric powertrain technology, retaining all the performance elements that define the brand’s traditional cars while incorporating elements from our eventual electrified future. That’s right, it’s every bit the speed demon as other Ferraris before it, so you can still die an explosive death driving this thing recklessly, all while enjoying the benefits of hybrid powertrains. 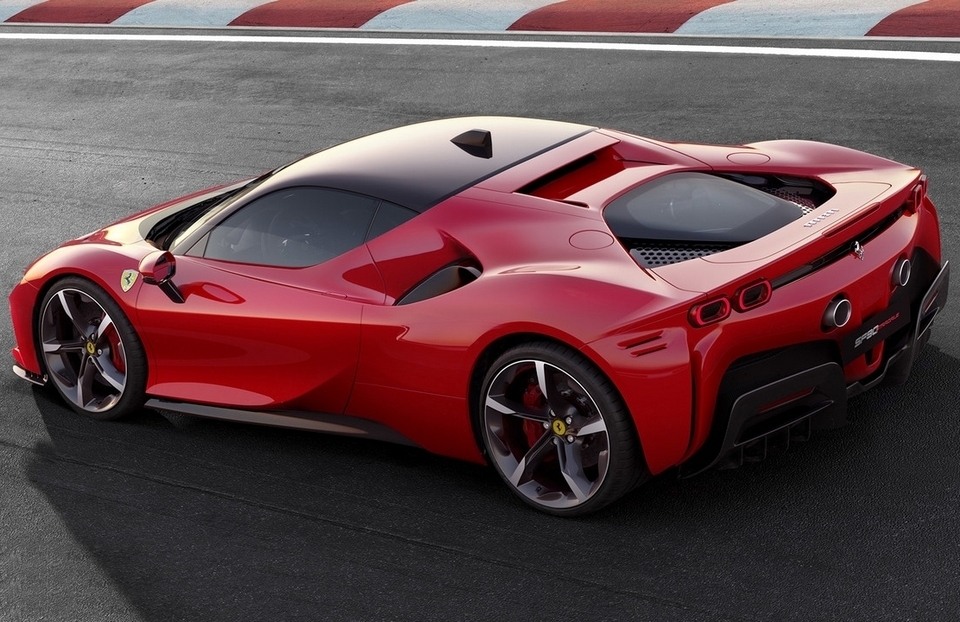 The Ferrari SF90 Stradale combines a four-liter turbo V8 with three electric motors (two in front and one in the back), with the former putting out 769 horsepower and the latter putting out a combined 217 horsepower. That’s enough to propel the car from standstill to 62mph in just 2.5 seconds, all while reaching top speeds of up to 211mph. On paper, that’s just a little short of the LaFerrari’s 217mph peak, although they expect this all-wheel drive hybrid to go even faster in real-world conditions.  To provide a glimpse of how this thing can run in the real-world, the car lapped the Fiorano test track in just 1 minute and 19 seconds, a full second ahead of the LaFerrari.

The engine, by the way, is mated to an eight-speed dual-clutch transmission that, the outfit claims, weighs 22 pounds less than the marquee’s standard seven-speed dual-clutch model. Yes, that weight savings sounds insane, but it’s a direct result of the hybrid design, as they were able to remove the reverse gear (since that can be handled by the two front-mounted motors), allowing it to shed a significant amount of heft. 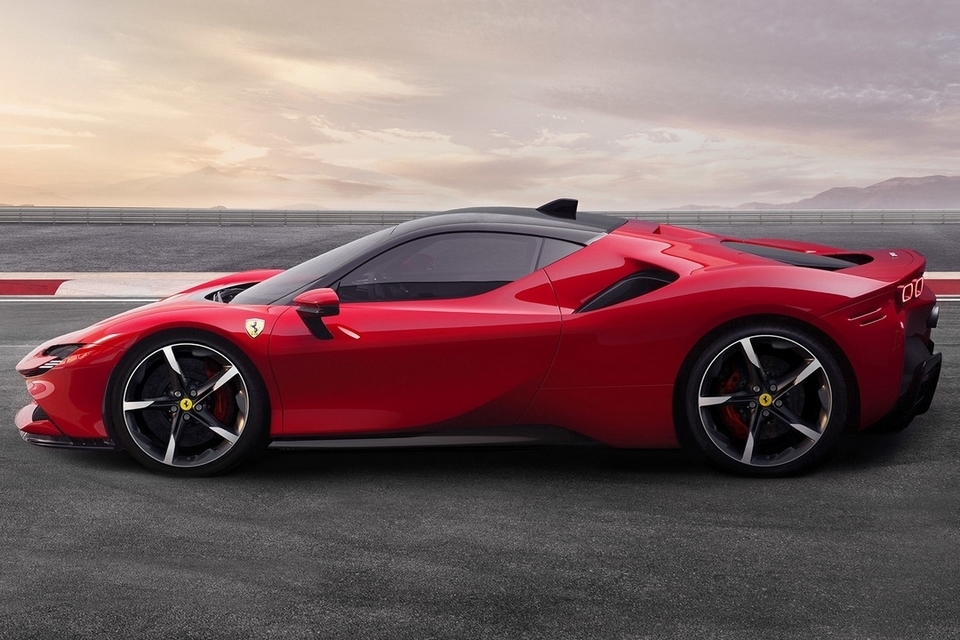 The Ferrari SF90 Stradale has a 7.9-kilowatt-hour battery pack that allows it to drive on electric power alone for up to 15.5 miles, so you can cover a decent amount of road without having to engage the primary engine. Between the battery, the motors, and the other necessary additions to make the hybrid setup work, the car gained an extra 595 pounds, which they worked to offset with the extensive use of aluminum and carbo fiber all throughout the body. Because of this, the car managed to weigh slightly less than the LaFerrari, with the car tipping the scales at 3,461 pounds. 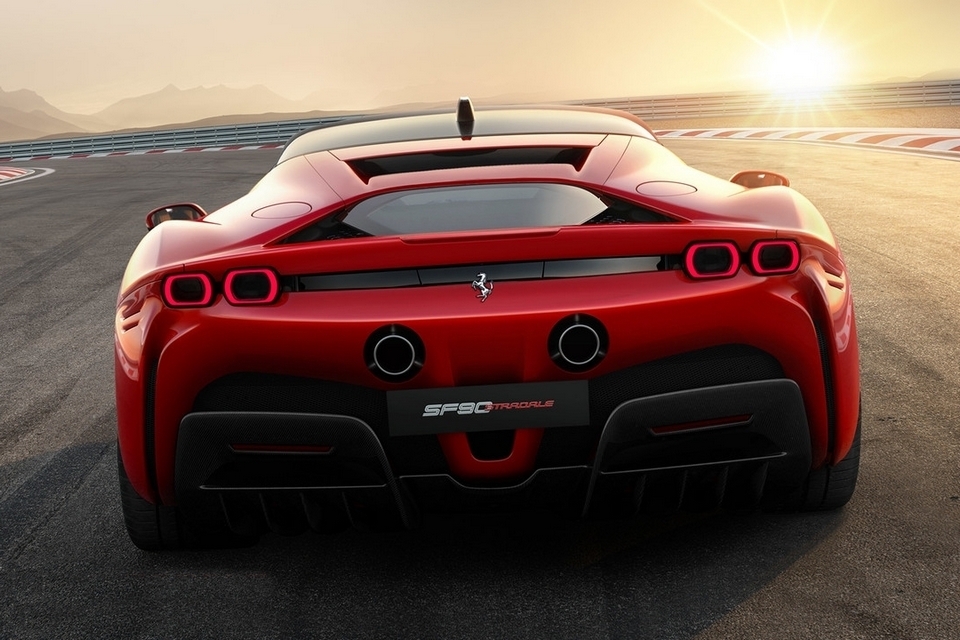 Inside, the car gets a 16-inch curved display, which both replaces the traditional gauge cluster and provides access to the infotainment system. As with previous Ferraris, analog controls come aplenty, including numerous buttons on the steering wheel, capacitive touchpads for interacting with the screen (no touchscreen), and a rotary switch for managing the cruise control. 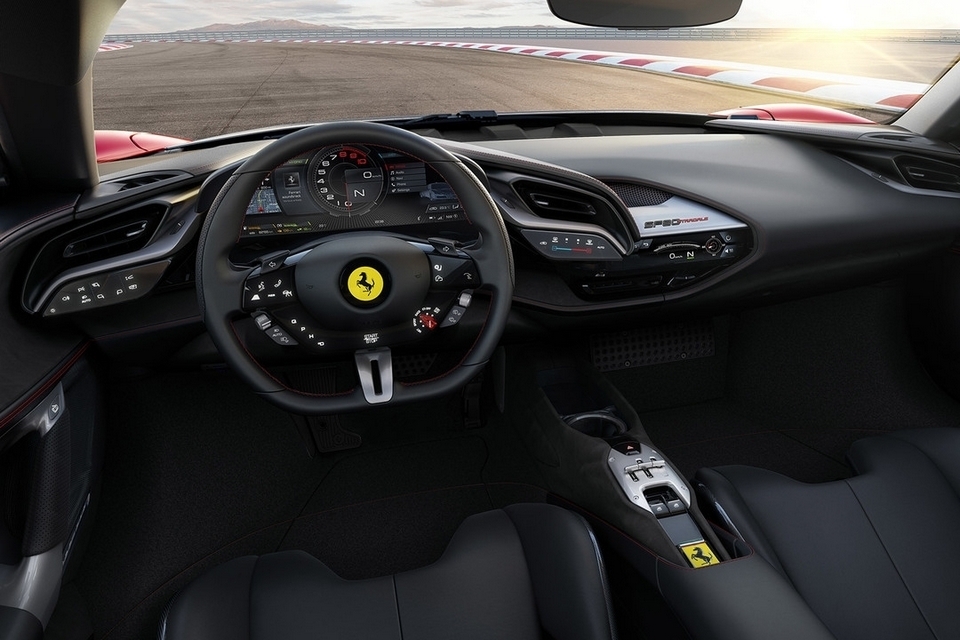 No word on release date or pricing have been announced for the Ferrari SF90 Stradale. 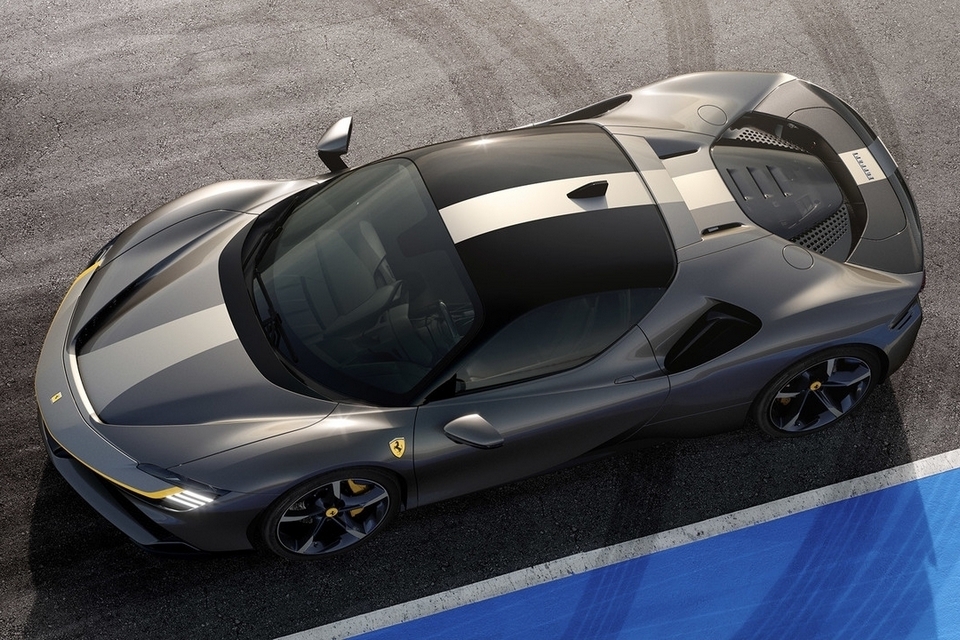