Build Your Own Bionic Bird With The Festo BionicSwift Kit 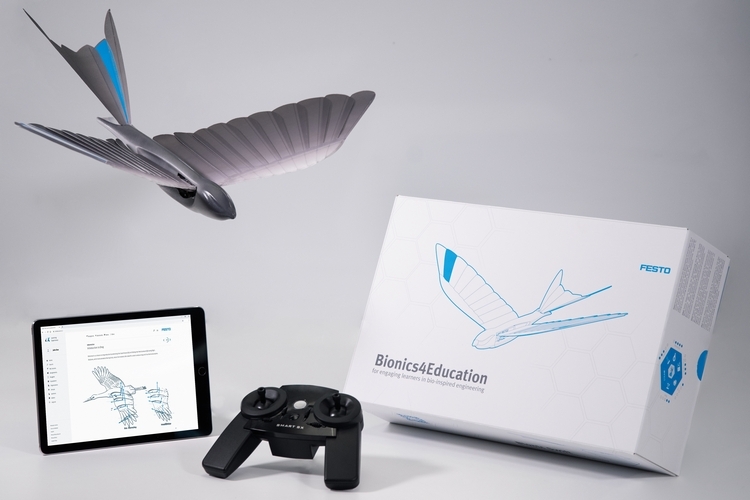 Sometime last year, Festo showed off a fleet of prototype robotic birds with feather-shaped foam wings that moved in a way that seemed indistinguishable from their biological counterparts. It was quite a sight to behold. Naturally, we wanted one. Apparently, that will actually be possible this year when the Festo Bionic Swift goes on sale.

That’s right, you can own one of those wing-flapping bionic birds that looks like a real bird when it soars through the air, allowing you to turn your home into a veritable robot aviary. Whether you’re a robot nerd who wants all the coolest robots you can get hands on, an ornithophile who wants a change of pace from your biological pets, or just some dude who wants to race robots with your PowerUp paper airplanes, this gives you just the thing to get it done. 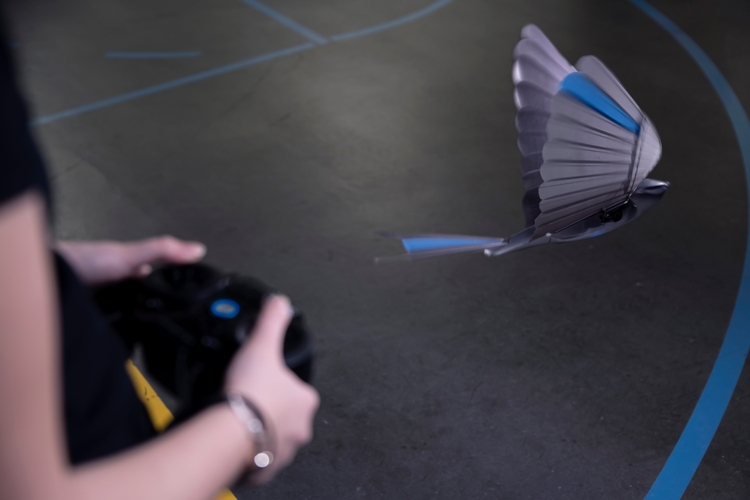 The Festo BionicSwift is an agile and maneuverable robot bird that mimics real birds, so it flies the same way that biological birds do. It does this by using segmented wings that fan out during the upstroke, allowing air to flow through the wing and propel the robot upwards, all while closing during the downstroke to add power to its flight. It can be steered to fly towards any direction, allowing you to have it taking air around the house like a real bird would probably do. Even better, it can perform loops and take steep turns, so it’s going to be quite the entertaining creature to let loose in a big room.

When the flying robots were first shown off last year, they were able to fly autonomously inside a confined space, so we know these things can be programmed to run through a defined path. Even better, each one is equipped with a radio-based indoor GPS that gives it spatial awareness, allowing you to let multiple birds loose on the same path without having them bump into each other. 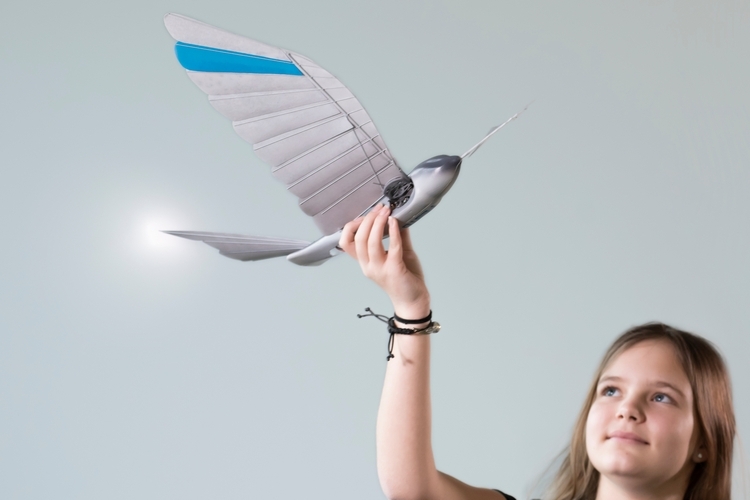 The consumer version of the Festo BionicSwift will be available as a kit. From what we can tell, the bird’s body, which contains the motors and electronics, will be fully assembled, although you’ll have to put together the wings and the tail feather by feather, which adds a hands-on element that should make getting the final robot bird feel just that much more personal. From the product photos, it appears you will operate the robot using a Smart SX radio control, so you get full command of the bionic flyer’s actions similar to piloting an RC plane. Hopefully, there are options for creating flight paths, too, so you can just have it gliding through every room of the house without having to lift a finger. That sounds fun. 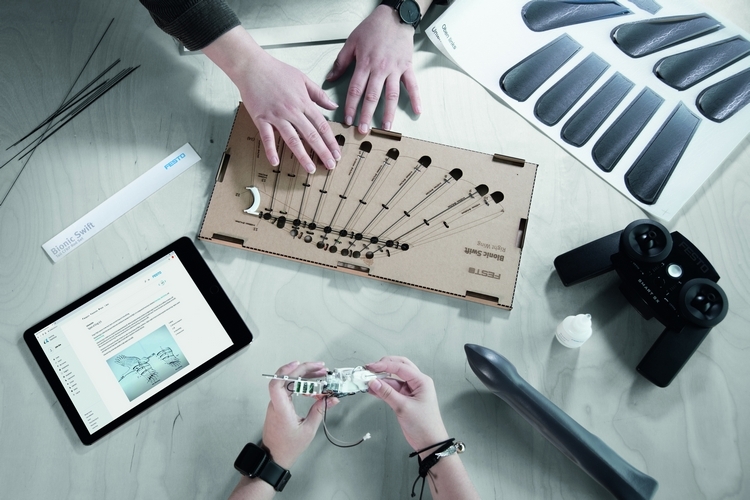 Do note, this is strictly for indoor use. That’s because the robot weighs less than 40 grams, which is necessary to make it as agile as possible, although that leaves it very susceptible to even low winds. Yeah, you can’t take this to the park to show off right next to everyone’s RC airplanes and helicopers.

The Festo BionicSwift experimental kit comes out in the fourth quarter. No pricing yet, but you can learn more from the link below.