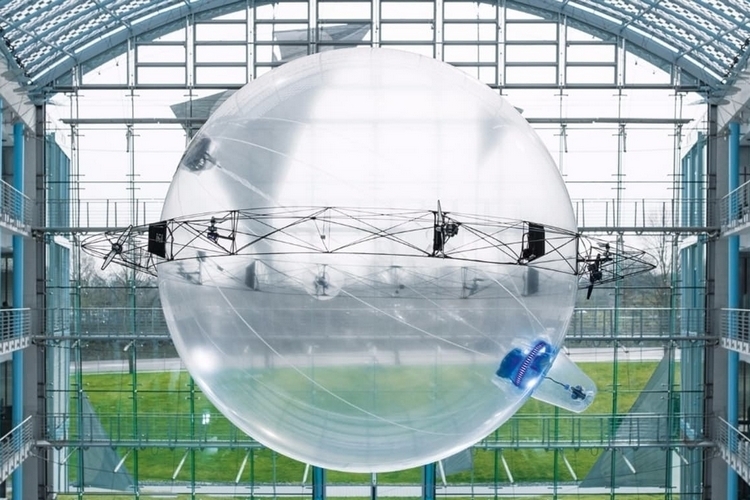 Remember Festo’s gripping robot, which uses a mouth-like hand to grab a hold of a wide variety of objects?  Well, they took that gripping mechanism, slapped it on the bottom of a balloon drone, and this goofy-looking flying robot, the Festo FreeMotionHandling, is the result.

A gripping and flying autonomous robot, it combines two common robot functions in one, turning out an automaton that can pick up objects from one location and drop them off at another spot. Oh yeah, the balloon portion can rotate in any direction, allowing it to point the gripper tip exactly to where an object is located. According to Festo, this makes it potentially useful for job sites and workplaces, with the robot able to transport tools and supplies instead of having workers retrieve it on their own. 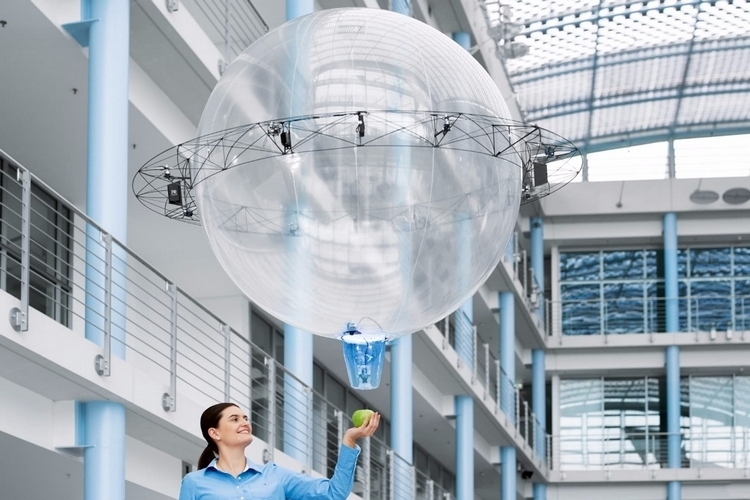 The Festo FreeMotionHandling consists of a helium-filled balloon measuring 54 inches in diameter, a gripping mechanism, and a ring-shaped frame around the center of the balloon. This carbon fiber frame houses four horizontal rotors, four vertical steering drives, and all the electronic components required by the system, essentially serving as its primary flight control mechanism. Designed for autonomous operation, the robot uses a GPS-based indoor tracking system and two onboard cameras to sense its exact position and the location of any object it’s tasked to pick up, reacting to the environment and planning flight routes all by its lonesome.  It can grab more than one object at a time, although total weight needs to be well under a pound. 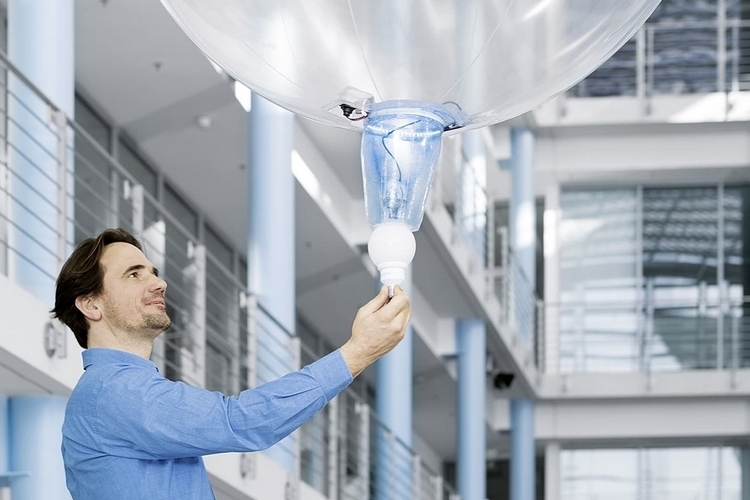 Check out Festo’s website to learn more about the FreeMotionHandling robot.