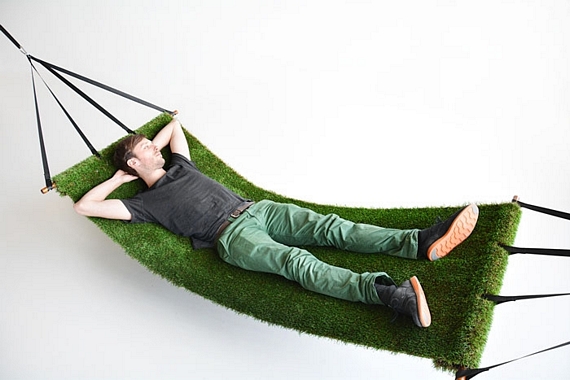 The Field Hammock is what would happen if you sliced a rectangular bed of grass from the ground and hung both of its ends on a tree.  You can lie down on it and swing suspended from the ground like a regular hanging bed, rocking gently left and right as you lull yourself into rest.  If we lived in a cartoon world where the laws of physics worked in hilarious ways, that is.

Since we don’t, it’s just a clever hammock done up to resemble a rectangular patch of grass that you can use to impress people by claiming it’s real grass peeled off the lawn that you somehow managed to turn into a functional hammock for lazy afternoons in the backyard.  Unlike real grass, there’s no small rocks, pesky bugs, or moist ground under it, so there’s less stuff to worry about while taking a load off on this thing. 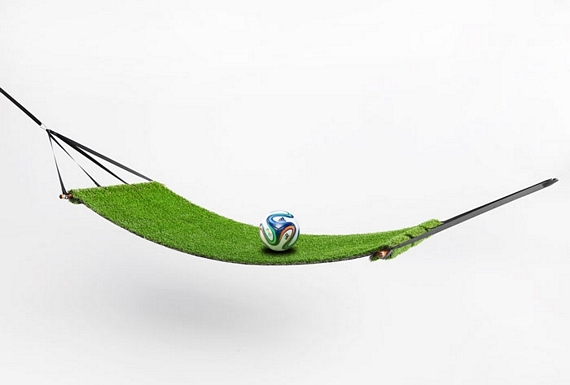 Made by Studio Toer, the Field Hammock uses a multicolored synthetic polyamide pile fabric to create the grassy appearance. We’re not sure if it feels anything like lying in the field, but it sure looks convincingly like the real thing.  The material is UV- and water-resistant, so it’s suitable for hanging both indoors and outdoors.  Each end of the hammock comes with two hardwood poles that keep it flat, with integrated straps that you can hook up to carabiners for hanging.  No grass cutting is necessary, although you’ll need to wash it like a regular hammock from time to time. 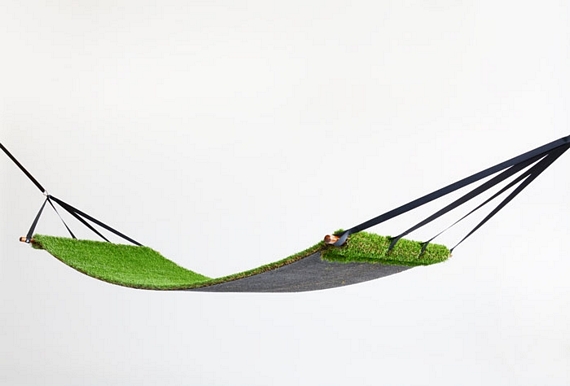 Available directly from Studio Toer, the Field Hammock retails for €365.