FiestaFive Adds Confetti To Your Celebratory High-Fives – So Much Want!!! 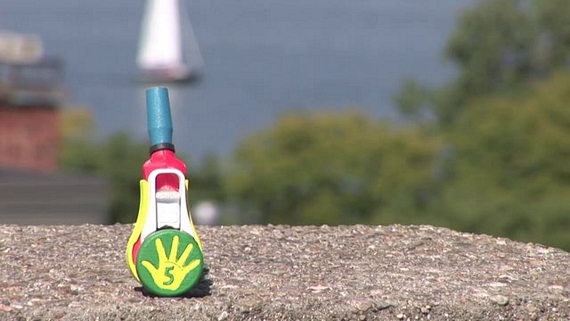 Imagine you started a chat messaging company.  You know, like we’ve always had since the internet started and all.  Then, imagine that someone bought it for 18 billion dollars.  Wouldn’t you want to high-five everyone in sight?  And when your hands touch, wouldn’t it seem just fitting that confetti explodes right from the site of contact?  Now, you can do just that with the FiestaFive.

A wearable party popper of sorts, it shoots out a blast of confetti as soon as it smacks into the hands of whoever you’re high-fiving.  Like a high-five on celebratory steroids.  Seriously, only fireworks exploding from your hand could be better, except probably not as safe.  Yeah, don’t even try that. 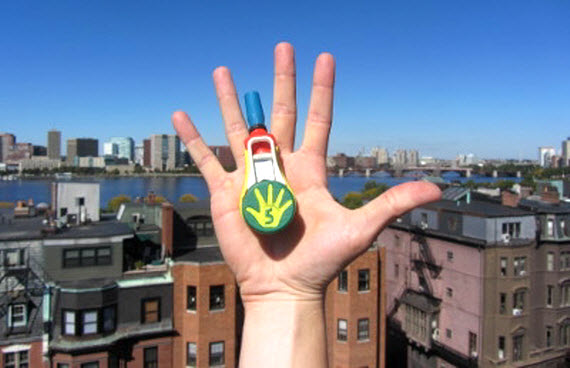 The FiestaFive is mounted right on your palm, with the nozzle sticking out right between your fingers to ensure the tiny pieces of colored paper has a clear line of fire.  It comes in two parts, the high-five blaster and a confetti cartridge that holds your ammo of colorful cut-up paper.  You can buy multiple cartridges for reloading at will or just load up your existing cartridges with your own stash of shredded currency for true baller-level high-fives. 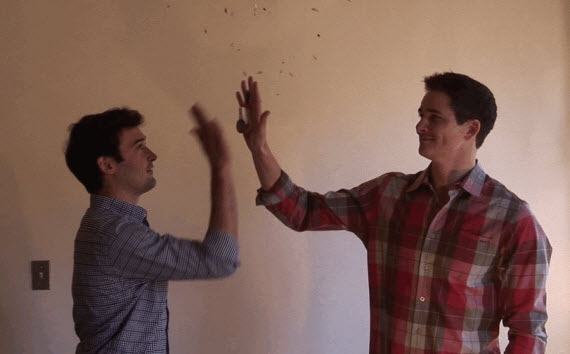 Aside from the rain of confetti it creates, it produces a thunderclap sound that gives the high-five a much stronger feeling of force.  As such, it remains a useful high-five tool even when you run out of confetti in the barrel, letting you punctuate with a much more satisfying noise.

The Fiesta Five is available now, priced at $9.95 with five cartridges included.