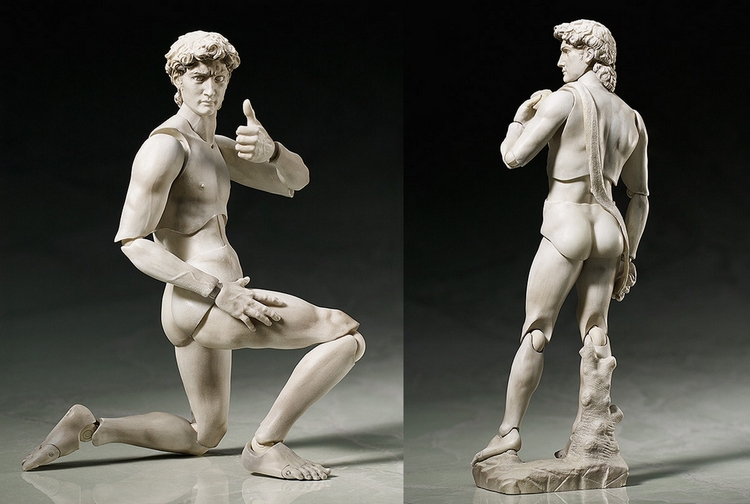 Ever wondered what hijinks will ensue if Michelangelo’s sculpture David came to life and interacted with the world? While we’re certain we’ll never find that one out, you can make up your own version of the potential mayhem using Figma’s Davide di Michaelangelo, an action figure version of the Renaissance masterpiece.

The fourth and latest addition to Figma’s line of classic sculpture replicas (the last one was Venus de Milo), the toy lets you add a detailed likeness of the 17-foot statue to your action figure collection. Whether you want to add a little refinement to a shelf filled with comic book toys, want to see Superman wrestle against a statue that’s been magically animated by a sorcerer supervillain, or just want to add a completely nude man to your action figure roster for your buddies to giggle at when they’re drunk, this thing sure looks like it will get the job done. 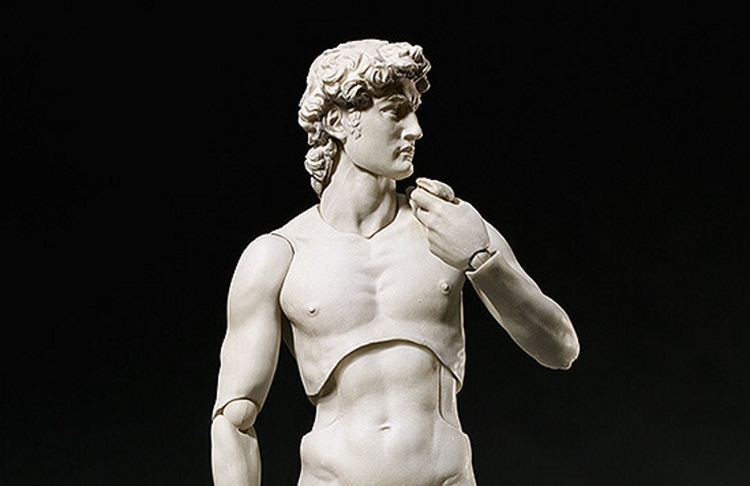 Being a detailed recreation, the Figma Davide di Michelangelo mirrors all the details of the original, from the tense, combat-ready expression to the slingshot slung over the shoulder to the giant slayer’s… uhm… exposed manhood. As with all Figma figures, it comes with smooth, posable joints, along with a posable slingshot and eyes that can be shifted, allowing you to adjust his stance from the original’s heroic pre-battle pose to whatever the heck you like. Seriously, Michaelangelo’s David has never been this fun. Do note, the figure is not designed to stand on its own (although some poses may allow it to), so it comes with a base and a stand for propping up in the original statue’s pose. 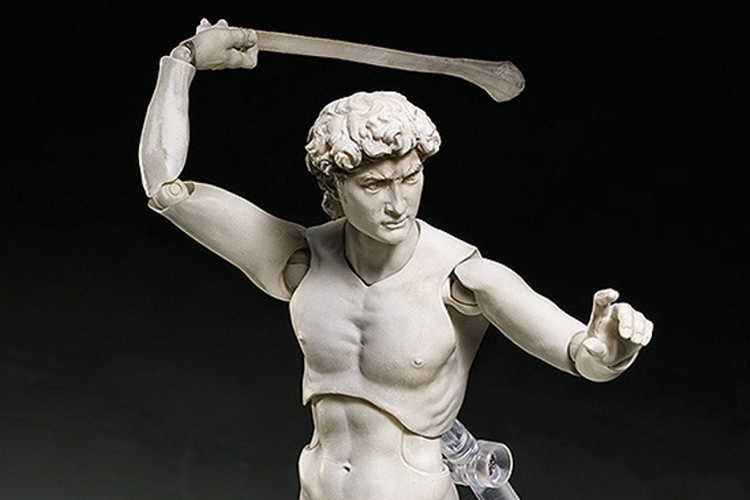