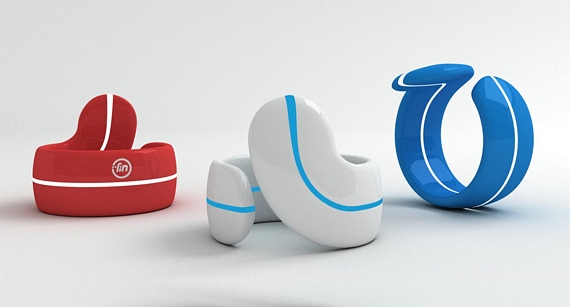 Between voice commands, Kinect and Leap Motion, it’s clear that touchless gesture control systems will play a big role in the gadgets of our future. The Fin is a wearable gadget seeking to join the ranks, allowing you to control smart devices with simple finger movements.

Designed to be worn around the thumb, it turns your whole palm into a gesture interface, just like having an invisible track pad on your hand. It can also recognize which segment of each finger you’re tapping on, allowing it to be used as a virtual keypad for touchless typing. 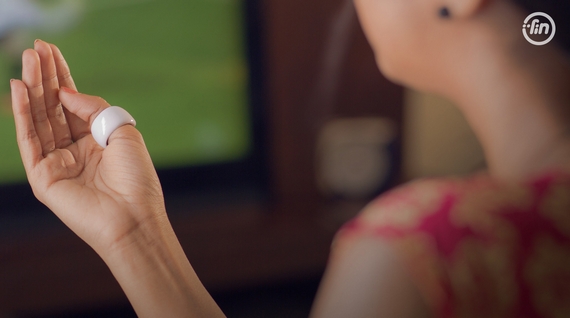 Fin can pair via Bluetooth with any device running iOS, Android or Windows Phone, converting hand motions into functional commands. Its waterproof, dustproof and durable too, so you can use it even in less-than-ideal surroundings (e.g. control the music playing on the phone even while you’re in the bathtub). The current prototype can recognize four types of swipes (left, right, up, down) and finger taps, although they’re looking to add even more gestures (including custom user-defined ones) down the line. It draws power from an onboard battery that can last a full month on a single charge.

As of now, Fin is raising funding for a production run from Indiegogo. Pledges to reserve a final unit starts at $99.