Love That Water-Blasting Fire Rescue Game At The State Fair? Get One For Your Home 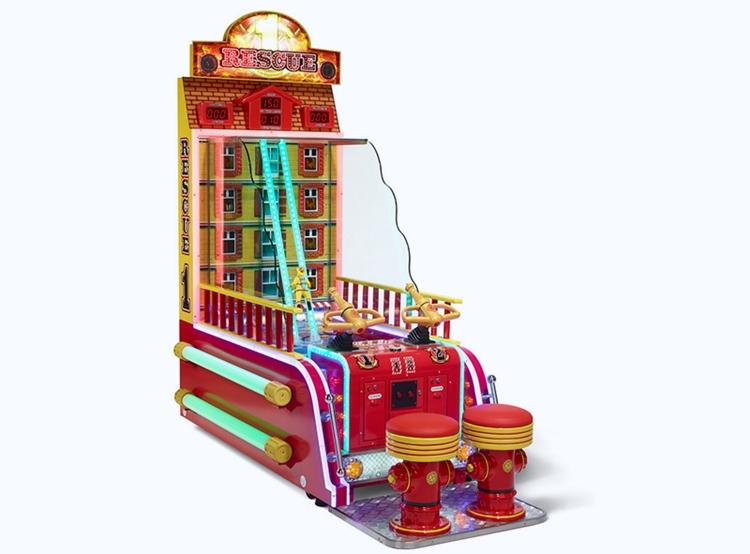 Sure, an arcade basketball shooting game will fill up that large patch of empty space in the game room nicely. We highly doubt, however, that bouncing balls inside the house will be the kind of thing the wife is going to take kindly to. If you’d rather use this an opportunity to extend the reign of peace in kingdom of your household, we highly suggest getting something like this Water-Blasting Fire Rescue game, instead.

Not only is this likely to save you from the ire of the wife, but your younger kids can have a game they can enjoy in the room, too, encouraging them to engage in a little vigorous play that doesn’t involve buttons and touchscreen displays. Plus, you can tell people at cocktail parties you’re a fireman who has put out many fires single-handedly and you’ll only be half-lying.

Just like the arcade fireman games you see in theme parks, the Water-Blasting Fire Rescue Game pits a pair in a race to put out fires by aiming streams of water at individual burning windows. Powered by a continuous 0.5-horsepower pump, the blasters can be aimed up and down, allowing you to quickly target another window after putting out the last fire. And don’t worry about flooding the game room, as the game comes with glass shields on the top and sides, ensuring water stays confined to the cabinet, while the blasters can only be moved to target the windows (so the kids can’t try to blast each other with water). It comes with an integrated 5-gallon water system.

The Water-Blasting Fire Rescue Game is available now, priced at $10,000.