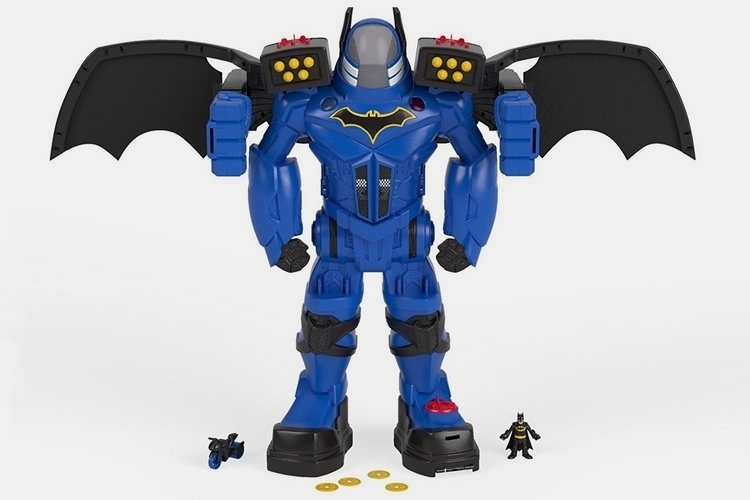 Yes, your six-inch Batman action figure is awesome. But what is that puny creature going to do when confronted with the crossover wrath of a monstrous beast like a Japanese fighting mech or a mutant creature like The Hulk? He needs backup and it comes in the form of the Imaginext DC Super Friends Batbot Xtreme.

Based on the giant bat suit Commissioner Gordon wore in the “Superheavy” story arc, the toy comes similarly supersized at over two feet tall, ensuring it will tower over all the other six-inch figures in your toy collection. Seriously, it’s a whole lot of Batman for a serious Batman fan, whether you’re a youngster who watches the cartoons, a teenager who lives off comic books, or a more mature man with a less-than-mature predilection when it comes to your favorite toys. 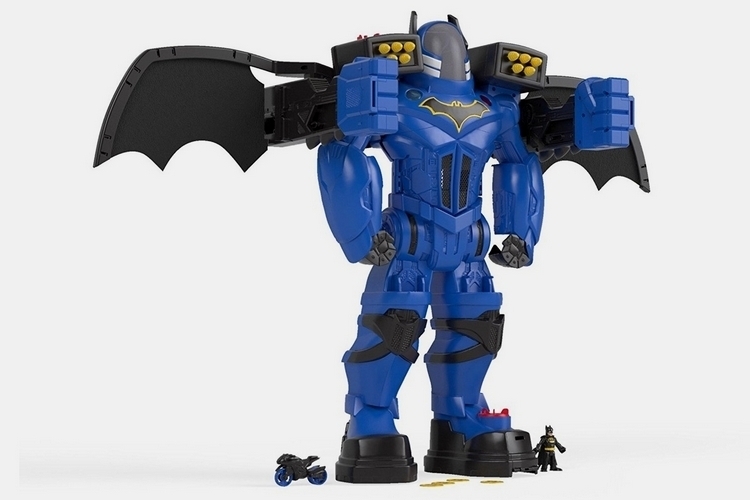 The Imaginext DC Super Friends Batbot Xtreme isn’t articulated, so it will just stand in place looking like a towering beast. It does, however, pack a few tricks up its sleeve. A second pair of hands behind the shoulders allows it to throw a monster of a double punch, which you can activate by simply pulling the triggers in the back. Do note, you’ll have to spread the wings to put the robot in battle mode (activated by the pad on the right shoulder) and put the punching fists in the right position such that they will be able to get through.

Missile launchers on each shoulder let you fire projectiles at vehicles and structures ran by Gotham’s troublemakers at the push of a button, allowing you to wage all-out war on the city’s villains. There’s no Commissioner Gordon that comes with the toy, although it does have a smaller Batman figure. Turn the pad on the left shoulder to open up a secret quarters with an elevator in the chest, which is sized to fit the mini-Batman, so he can ride along with his mech buddy. 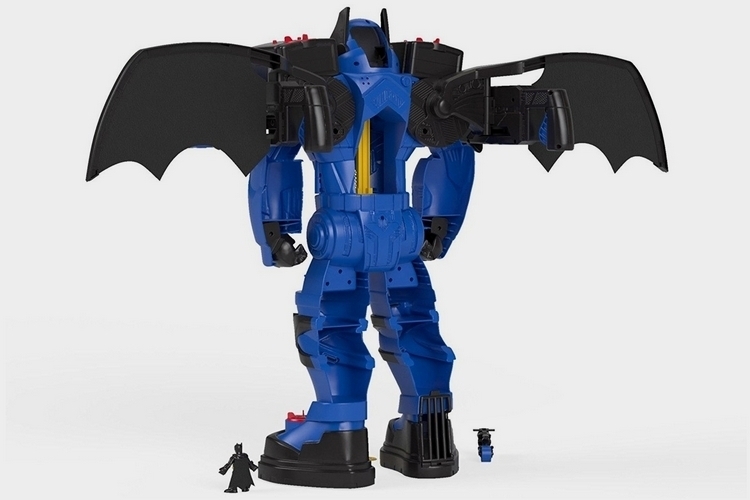 Since Batman can’t stay on the chest of the Imaginext DC Super Friends Batbot Xtreme when he’s fighting, the toy comes with a similarly-sized Batcycle, so the Caped Crusader can roam the alleys, searching for troublemakers in hiding. Need to park the bike? Not a problem, as there’s a bike garage on the foot of the robot – just turn the red pad on the foot to get it to open. 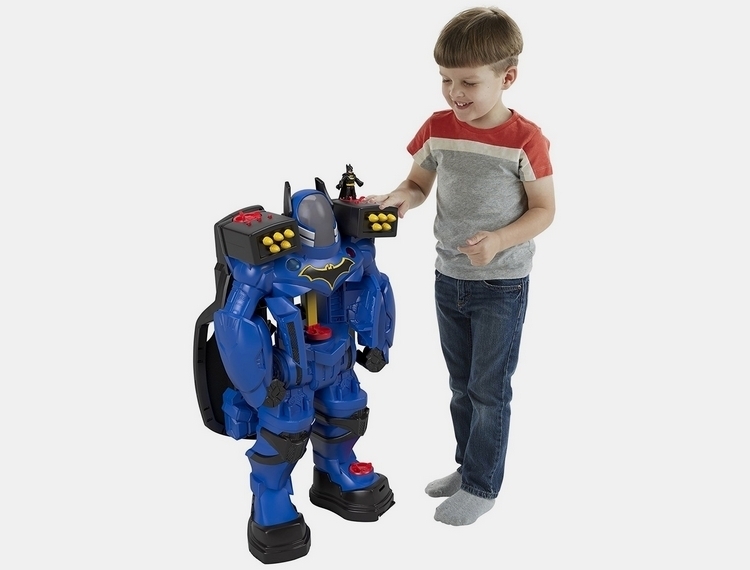 When in battle mode, the robot’s voice changer is also activated, allowing kids to talk into the back of the robot while hearing an entirely different sound. Yes, it’s both robotic and kind of doom-and-gloom at the same time, so it’s a perfect robo-Batman voice. While absolutely fun for kids, we imagine this will be fun for collectors, too, since a Batbot isn’t exactly a regular release. I mean, how many times will you have a chance to get a robo-Batman that’s designed to tower over your six-inch action figure collection? 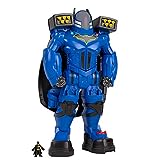