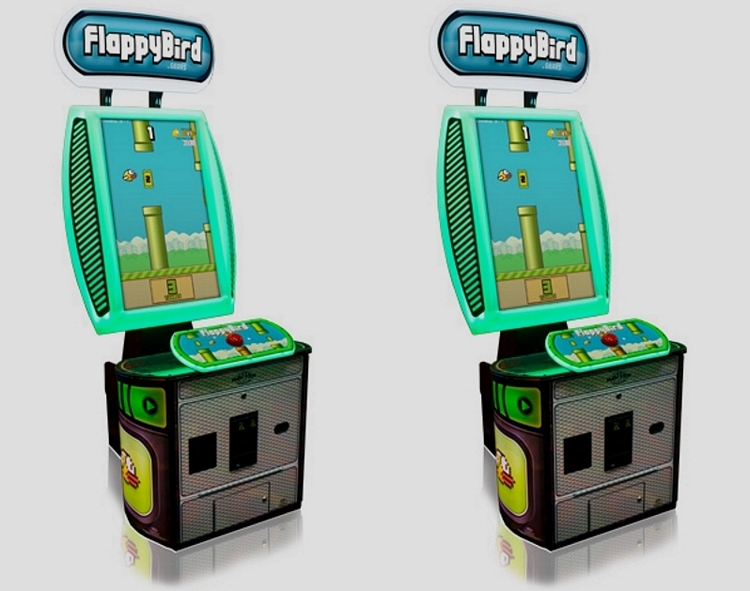 Running a coin-operated arcade machine, making quarters per game, isn’t exactly a recipe for getting rich quick. But if you can get enough people addicted to this Flappy Bird Arcade Machine, we imagine you’ll make a good load of quarters just from how quickly each game is going to end.

Made by Bay Tek, it’s an arcade cabinet running the hit mobile game, which rose to popularity early last year, due, in big part, to its insanely difficult nature. It’s the original game, too, rather than the updated Amazon Fire exclusive, so it’s the same simple, 2D side-scroller that rendered everyone and their mothers frustrated and addicted for, at least, several weeks the previous year.

Officially licensed by publisher .GEARS, the Flappy Bird Arcade Machine is a game cabinet measuring 37 x 40 x 91 inches (w x d x h), making for a good size to fill out a corner of the game room, the bedroom, or the garage. You play the game on a 42-inch monitor mounted in a portrait orientation, so it’s just like playing on a bigger version of your smartphone display. Instead of tapping the screen to make Faby flap his wings, it comes with a single red button that you can slam on to perform the action. Like other arcade setups, it comes with colorful lighting that should help add a genuine arcade feel to any room, along with daily and all-time high scores, so you can keep a record of your best in-game accomplishments.

Pricing for the Flappy Bird Arcade Machine isn’t listed, but you can contact Bay Tek for details.