What If Wall-E And A Tapeworm Had A Child? 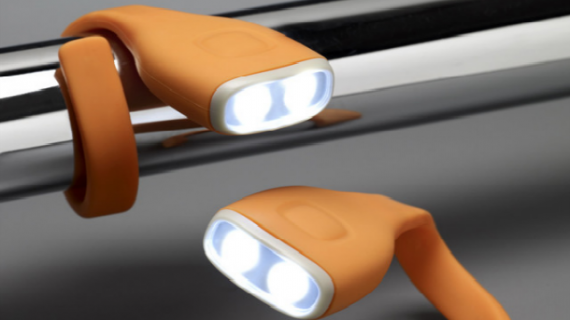 Don’t get me wrong, flexi flash flashlight looks pretty functional but I can’t help think this is what it would have looked like if Wall-E had ended up with a tapeworm instead of EVE. Now that we have that thought out of the way, lets get to the nitty gritty of this cool flashlight.

Made with bendy silicone, think of it as a wristband with LEDs installed on one end.  Instead of being worn on your arm, you can wrap it around hooks, bars and similar fixtures.  That way, you can hang it around pipes under the sink while doing plumbing work, around a jack while working under a car and even on your bike handlebar for use as a detachable headlight. 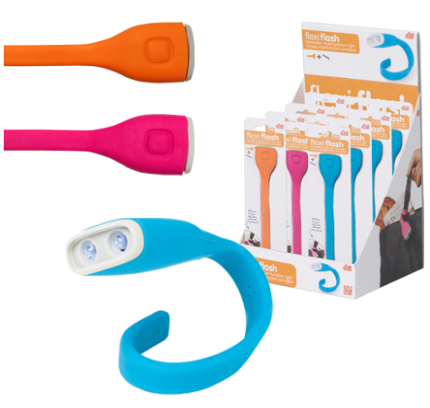 The Flexi Flash is a wraparound torch light with a 7-inch long body/tail and a robot-like head measuring 1.28 x 0.56 inches.  Apart from wrapping around stuff, it can be also be stood on the floor or on a table by twisting the tail to act as the base.  The head sports two LEDs, which can be used in either steady or flashing modes.  And, yes, flashing mode is exactly what you should activate when you’re working with sharp power tools and all those dangerous machines (seriously, it’s almost as good as working in absolute darkness) .

If you like to fix stuff around the house, and you don’t already have a portable work light that you can set up anywhere you’re working with a wrench or screwdriver in hand, then this might be a worthwhile purchase.

Modern Tribe has the Flexi Flash available now, priced at $12.