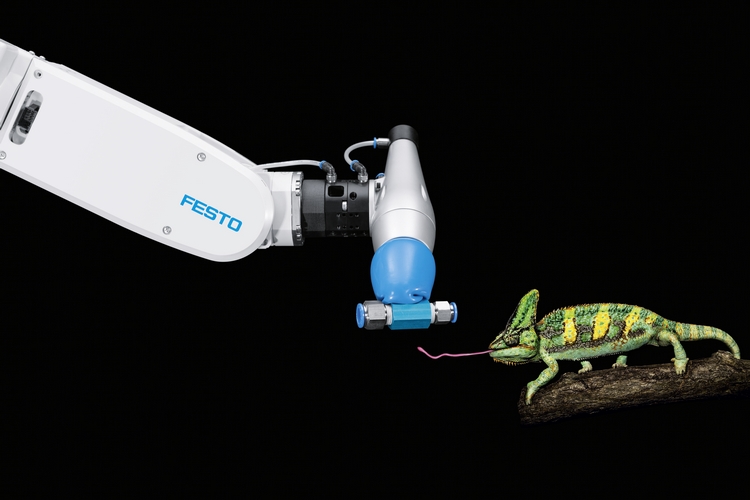 Having five fingers allow us to grab, grip, and hold on to objects unlike any other creature on the planet. And while it’s logical to want to give gripper robots the same five-digit benefits, it’s not easy, with most implementations using multiple motors to coordinate a single finger alone. That’s why, rather than emulating the human hand, the FlexShapeGripper robot uses an entirely different mechanism.

Made by Festo, the robot hand draws inspiration from the chameleon, whose tongue catches insects by laying on top of the bug and securely wrapping around it. Instead of a tongue, though, it uses a silicone balloon cast in a round mouth shape that fills up with air and water to grab onto objects and wrap itself around them. 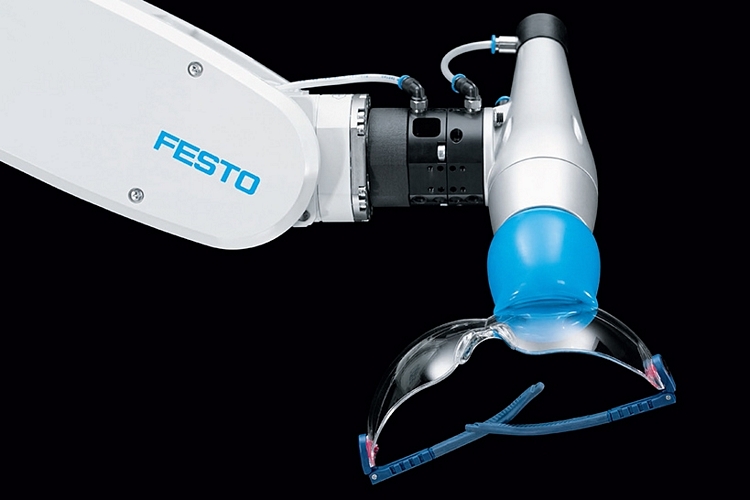 The FlexShapeGripper’s silicone “hand” comes with pressurized dual chambers, one of which is permanently filled with water and another that fills up with varying amounts of gas, depending on what kind of object is being picked up. Since the silicone can deform at will, it can accommodate any shape, affording it the gripping power to pick up everything from cords to mugs to ball-bearings to pens to eyeglasses to multiple items at the same time. Even better, it retains shape when powered off, so it doesn’t need to use electricity while maintaining its grasp. Both the gripping and releasing actions are accomplished pneumatically, so it’s as gentle when letting items go as it is when picking them up.

Likely to find its way into the next generation of factory robots, you can learn more about the FlexShapeGripper from the link below.