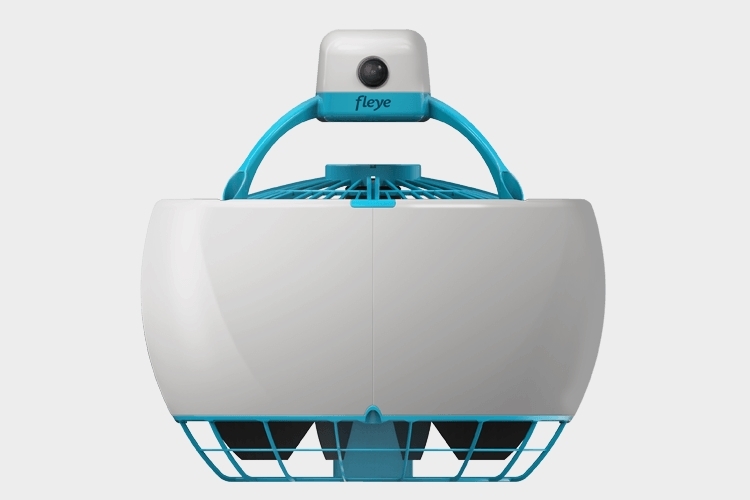 While we automatically think of quadcopters whenever we talk about drones, it’s good to bear in mind that it’s not the only form factor those autonomous flyers can come in. Take the Fleye, a new drone that steers clear of the classic quadcopter to offer a safer design.

Instead of having exposed propellers on protruding arms (or exposed propellers on the head like the Sprite Drone), it uses a semi-spherical shape that’s based on a soccer ball, with the single-shield propeller tucked underneath inside a cage-like structure. That novel design turns out a compact drone that’s both easier to transport and safer to operate, since every moving part is fully shielded, making it completely hazard-free to hold, touch, and push the drone while it hovers in the air. 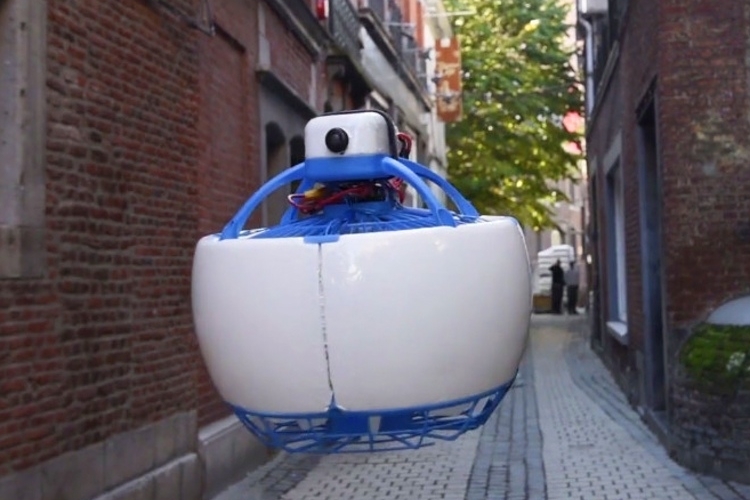 Fleye looks like a soccer ball with its top and bottom cut off, with the electronics mounted on top and the propeller set up at the bottom. Controlled using a smartphone app (iOS and Android), it can be manually maneuvered just like any conventional drone, with a variety of available shooting modes, including selfie (the drone follows you around), panorama (you set an altitude and it rotates in place), and hover (it stays airbone in the exact same place). An integrated camera can shoot 1080p videos at 30 fps, with an onboard computer running Linux powering the action. It comes with a seven sensor array (including a GPS) to ensure safe and stable flight, with support for OpenCV so it can be programmed for autonomous flight. 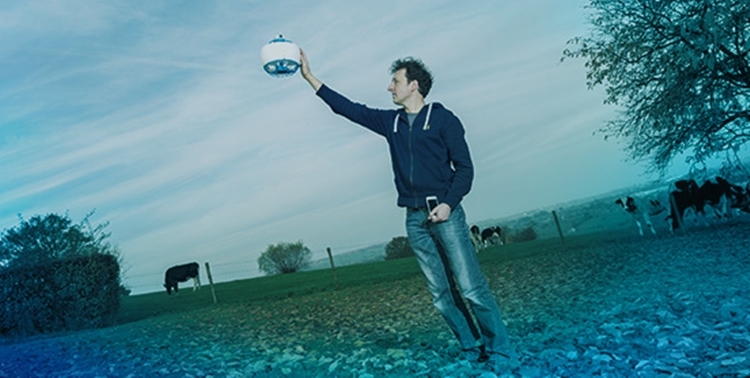 A Kickstarter campaign is currently running for Fleye. Pledges to reserve a unit starts at €699.