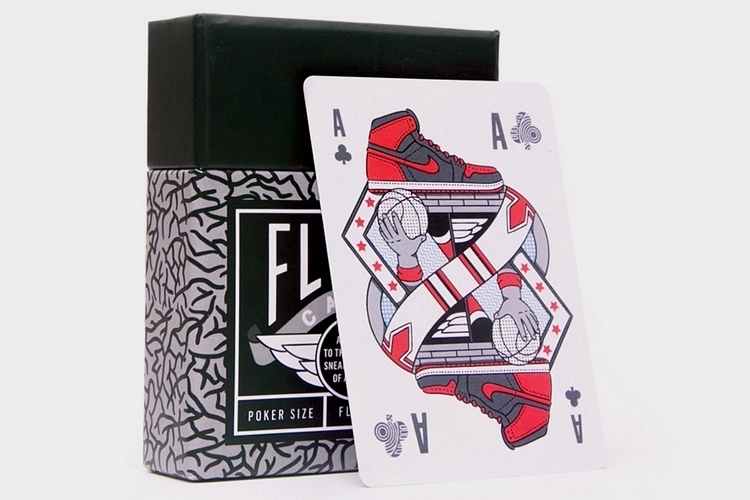 These days, it’s impossible to mention Michael Jordan without talking about his shoes. From the looks of things, Jordan Brand will leave as much of a legacy as the man who’s arguably the greatest athlete to play in the NBA.  Flight Cards celebrate both the man and his ever-growing sneaker empire.

A standard playing card deck, it comes printed with graphics that depict early silhouettes from His Airness’ shoe line, making it perfect for sneakerheads who like to put limited editions on the line in the poker table.  Whether you’re a fan of the five-time MVP, an avid shoe collector, or just enjoy playing with a different deck of cards, this thing should make for a nice addition to your tabletop gaming options. 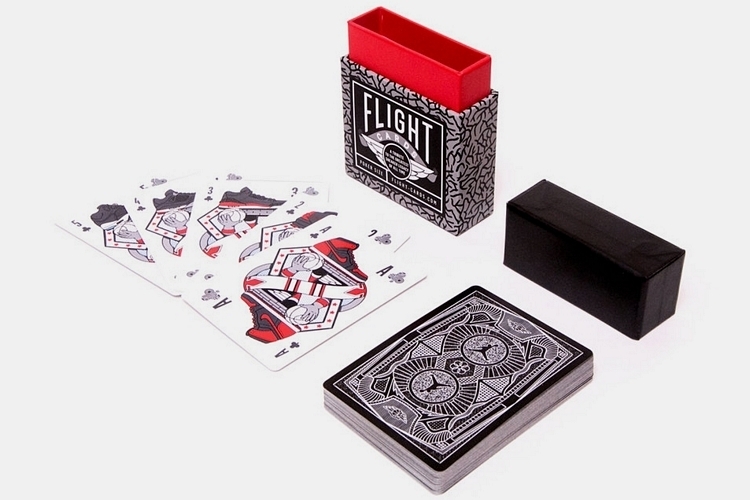 The Flight Cards depict the first 13 shoes released from Nike’s original Jordan line for all four suits, starting with the Air Jordan I as the ace and the Air Jordan XIII as the king. Michael Jordan, of course, has his likeness included in several of the graphics, all while getting his own solo card as the joker in the ever iconic Jumpman pose. We can’t find much details about the make and materials for the deck, although it comes in a case that looks sturdier than the usual boxes playing cards come with. 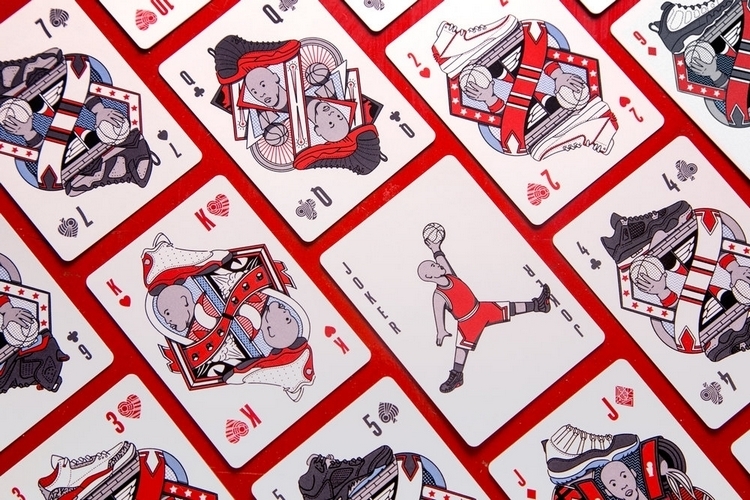 Available now, the Flight Cards are priced at $20.