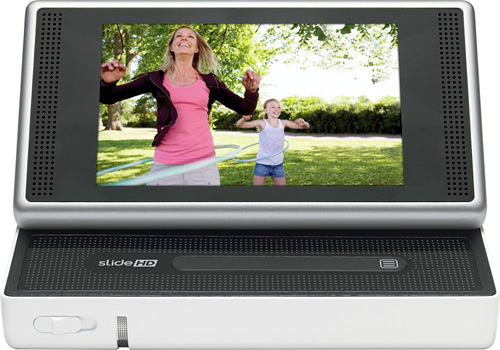 When Flip created the pocket camcorder category, they prided themselves on the fact that the small, underpowered device can do what ordinary folks wanted from a video recorder without the burden of unnecessary features. The Flip SlideHD breaks the mold a tad by adding a large screen that props up with a slight incline, so you can watch your saved videos on a tabletop.

Since it doubles as a device for watching clips, the new Flip comes in bigger and thicker than any of the other pocket camcorders in the market. A generous 3-inch resistive screen, a strip of capacitive touch-sensitive strip and speakers repositioned along the side of the screen top the list of updates, along with the spring-loaded sliding mechanism that sets the display at a 45-degree angle. Internal storage is now 16GB, allowing you to record up to four hours of 720p videos before having to unload it on a PC. Still no microSD expansion, though. 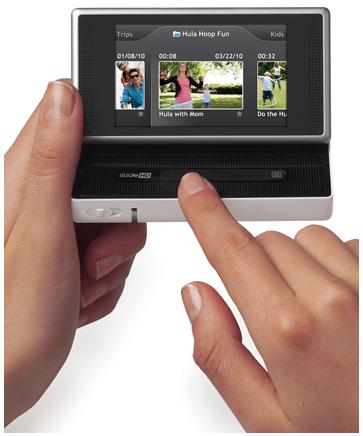 How do you shoot videos? Still the same way, save for the fact that the physical buttons have been replaced by virtual ones on the resistive panel. It still maintains the same layout as the MinoHD, which is odd, since you should be able to do a lot more to the presentation when you’re controlling it via software. On a positive note, old Flip users should feel perfectly comfortable shooting scenes the exact same way they’ve been used to.

Likely to stir up mixed reactions more than anything, the versatile but considerably bulkier Flip SlideHD is now available for $279.99.