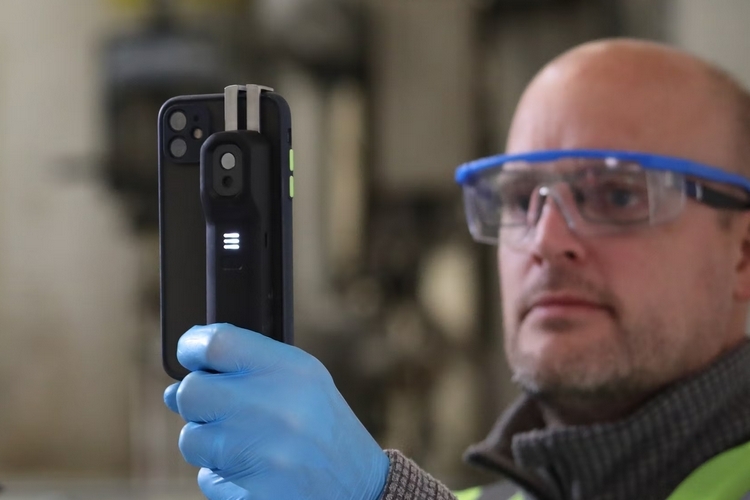 There was a time when FLIR’s thermal imaging accessories for smartphones were a bit of a hard sell, especially back when they were selling it as part of an expensive smartphone case. They eventually switched to a plug-in version that you can use with any phone that has a compatible slot, so you can keep using it even if you switch devices. Their latest, the FLIR One Edge Pro, is the most versatile yet, as it’s designed to work with any iOS and Android device.

Instead of plugging in to a Lightning or USB-C port, the outfit’s new thermal camera for mobile is equipped with Bluetooth and Wi-Fi connectivity, so it will pair with practically any phone out in the wild. They paired that wireless radio with adjustable mounts that allow it to attach to any phone or tablet, making it easy to secure it at the exact position that you’d like. 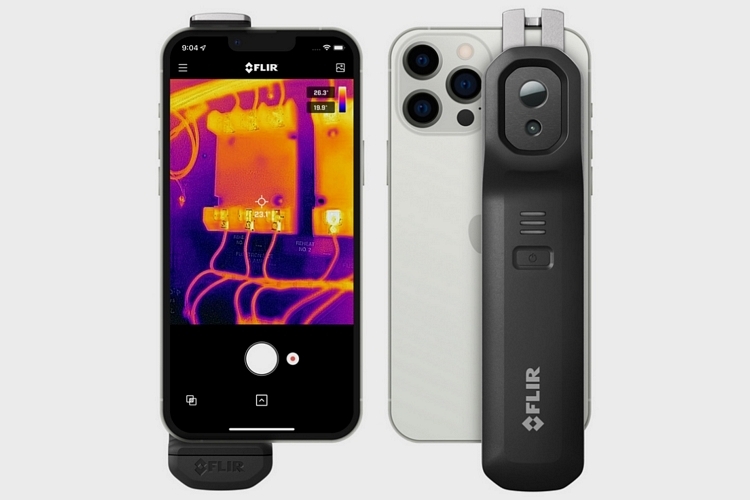 The FLIR One Edge Pro comes in a bar-type enclosure with the actual camera hardware at a raised section on one end. It’s shaped with a protruding section at the lower part that’s meant to serve as a cradle for the bottom of your phone, while a spring-loaded hook on top can extend and retract to secure to the top of the same phone. With both top and bottom sections in place, it should offer a secure hold on most any phone or tablet. Being a wireless device, of course, you don’t need to mount it on your phone, giving you the option to use it separately if it’s more comfortable that way (e.g. when you’re shooting at tight angles). Heck, the adjustable clip on top can even be used to hang it on a variety of objects.

The device is equipped with a radiometric Lepton thermal imaging camera and a standard camera, with the outfit’s MSX tech combining images from the two sensors into a single enhanced image that overlays the edge details of the standard camera onto the thermal image. It also incorporates FLIR’s VividIR tech that puts together multiple image frames into one sharper final image. 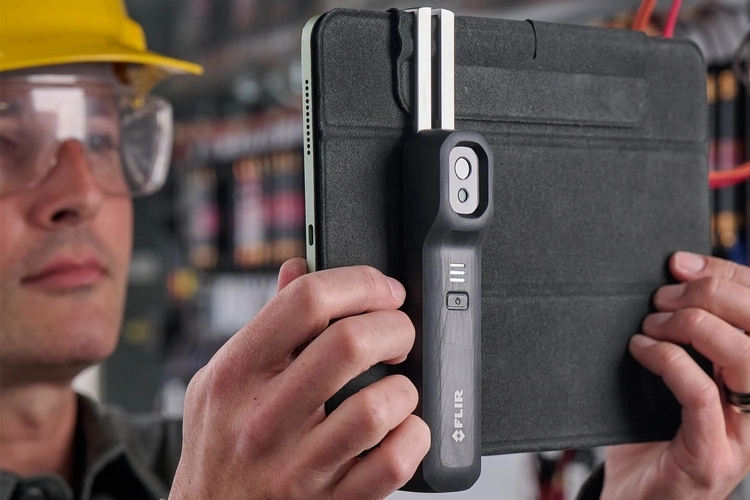 The FLIR One Edge Pro’s wireless connection to your phone allows you to see that final image in your phone’s screen in real time, complete with the ability to work at distances of up to 100 feet away. It has an integrated battery that’s good for around 90 minutes of use between charges, with a full charge taking around the same length of time. There is a fast-charging option that lets you plug it in for 15 minutes to get 40 minutes’ worth of shooting time if you need to get operational in short order. 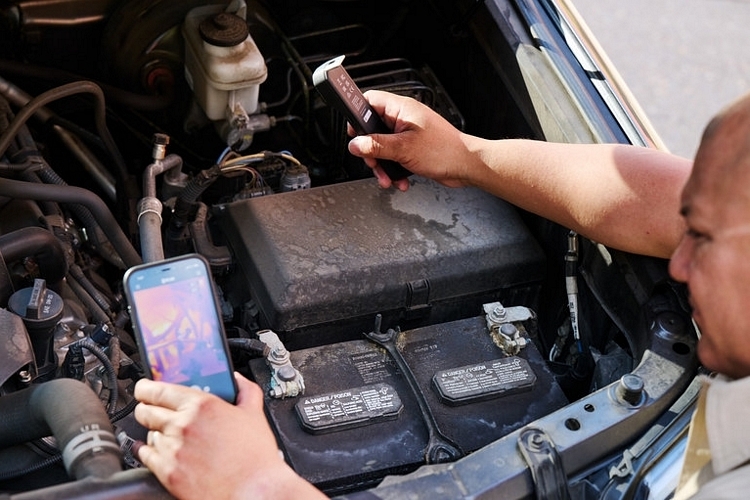 It’s compatible with Teledyne’s host of software and cloud services, such as FLIR Ignite Cloud, Tools Mobile, and the FLIR Thermal Studio, a desktop software you can use to manage a large collection of thermal recordings. These are, of course, services and software mostly targeted at enterprise users, so those who just want a thermal camera as a hobby equipment can probably skip them altogether.