Getting on your boat to hang out around lakes and sandbars is fun. Doing that while grilling meat and chugging suds is even more fun. Problem is, not everyone has a boat large enough to accommodate a grill, a cooler full of chilled drinks, and a bunch of friends. Heck, some people only have an island float that looks like a boat. That’s why products like that floating cooler exists. And it’s also why the Float ‘N’ Grill will likely find its way to people’s gear stash this summer.

A propane grill that’s mounted on an inflatable base, the rig lets you cook steaks, burgers, and sausages right on the water, allowing you to soak and cool down while you char your meats on the grates. No need to get a bigger boat to accommodate a grill or walk back to shore to get your cooking done – just throw this thing in the water and do your cooking on the go. 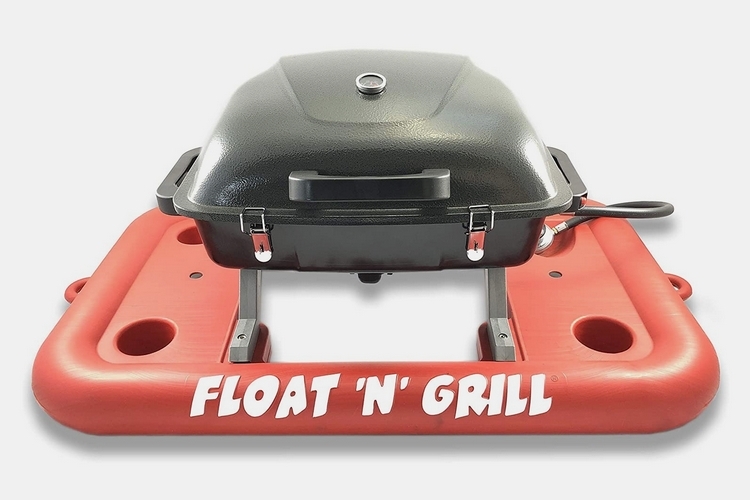 The Float ‘N’ Grill consists of a small grill that’s mounted on top of a food-grade plastic base, a combo that, the outfit claims, will float in a stable manner when set down on top of water, allowing you to cook your grub right on the spot. It’s designed for sandbars and inland lakes, by the way, which are generally covered in relatively calm waters, so as long as you keep it out of rough waters, you should be able to cook freely on this thing without having the whole thing flip over. Do note, they do have a video of the rig staying afloat with flipping over in the middle of actual waves, although that much movement could cause food (or anything else you have on the base) to fall over. 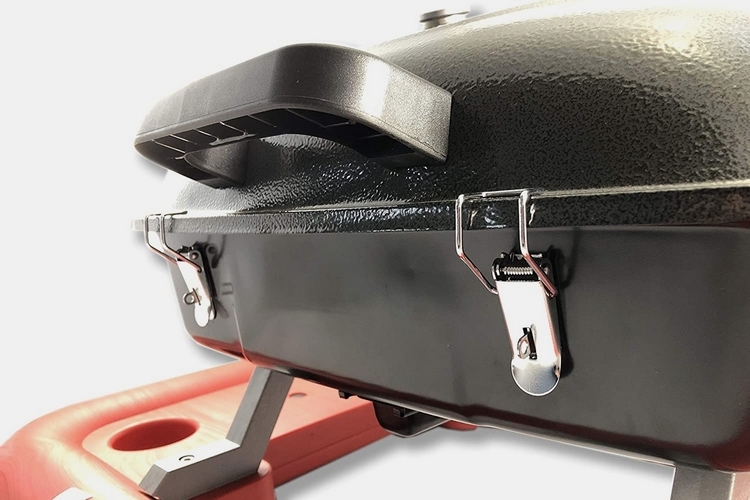 It uses a propane grill, by the way, with an integrated slot for a tank on one corner of the base, which, we guess, is a good idea, since a charcoal grill will require a bit more work (and make a lot more mess) each time out. This way, there’s no need to light up some paper to ignite the charcoals or deal with the ashes once you’re done. With the built-in igniter, you simply turn the gas knob and press a button to get things started, with all the oil from your meats going straight to the integrated grease trap that you can remove and dump later when you get back to land. 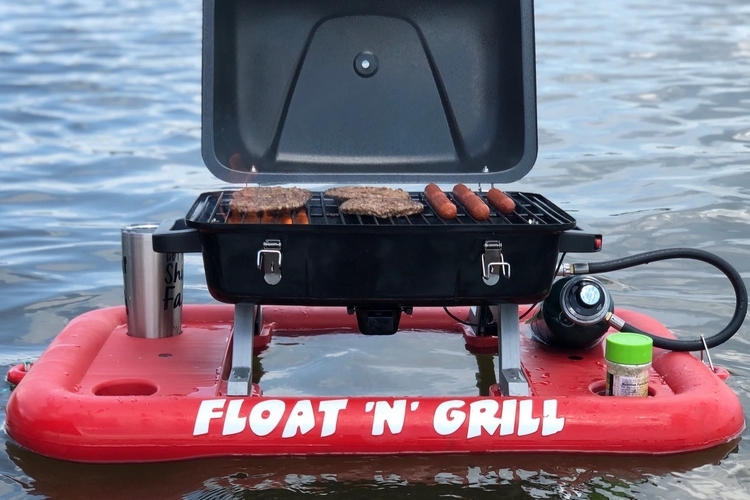 The Float ‘N’ Grill’s compact grill looks like any of the portable grills out there, with carry handles on the sides, a locking lid, and even a thermometer on top. It’s also screwed directly onto the floating base, so it should stay there securely. It has four recessed round sections at each corner of the base, with one of them designed for your 1-pound propane tank. The other three can be used as cup holders for keeping your drinks (yes, you’re absolutely drinking something while using this), along with any sauces and seasonings you need for whatever you’re cooking. They also threw in a pair of hooks, in case you want to tow it behind your boat.