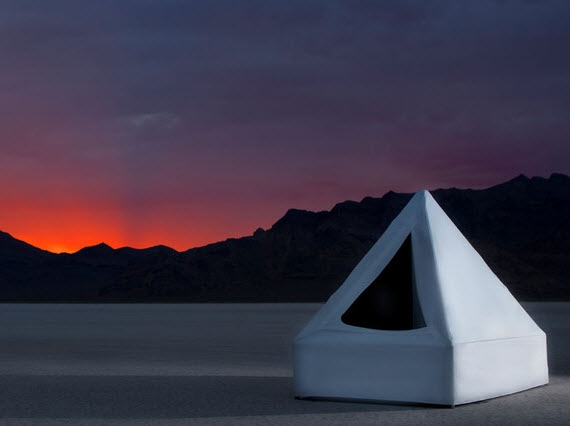 You recently went to a spa and saw an isolation tank.  Curiously, you paid to spend an hour in it and ended up in the most relaxed, rejuvenated state you’ve ever experienced.  As soon as you got home, you checked the internet to make arrangements to buy one.  Until you saw how much the darn things actually sell for, that is.  Yeah, you’d rather be stressed than break your bank account.  That doesn’t have to be the case with the Float Tent, which is, possibly, the most affordable isolation tank ever made.

Like other isolation chambers, it will buoy you in salt water inside a lightless, confined space.  Unlike them, it doesn’t require a lot of room (it measures just 4 x 8 x 5.5 feet)  or the equivalent of a new car in investment, finally making it feasible for ordinary folks to set up their own center for sensory-deprivation even in smaller apartments and houses. 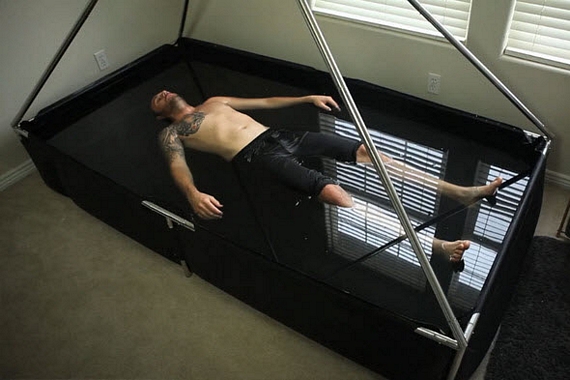 The Float Tent can hold 201 gallons of water and requires 800 pounds of Epsom salt to ensure the user an optimal float.  It’s only 10 inches deep so you can’t drown, with a pyramid-shaped top that, literally, makes it look more like a tent than a float tank.  The top provides the light-blocking ability, although it won’t be able to block sound, so you’ll have to make your own arrangements for that (like setting it up in the basement and locking the doors).  It comes with a built-in filtration system, two radiant heaters, and digital thermostatic control to ensure worry-free floating, with a 260 gph pump that can connect to a hose for draining the tank (in case you need to move it to a different room or something). 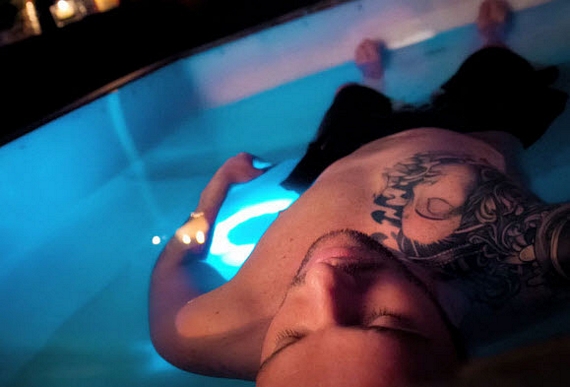 Construction is polished stainless steel for the frame and two layers of vinyl for the cover.   It ships flat-packed in kit form, so there’s some assembly involved, but it really doesn’t look even halfway daunting.

Slated to ship in October, the Float Tent is available for preorder.  Price is $1,700.