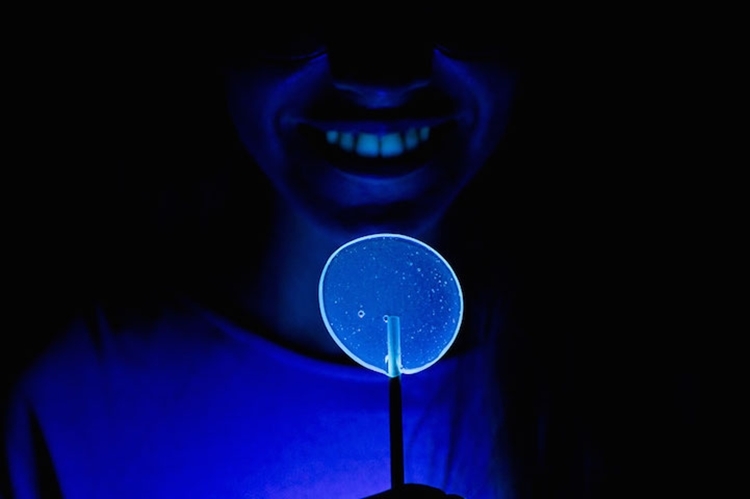 We’re not entirely sure how they taste, but these Flourescent Lollipops sure look a heck of a lot more fun than regular candy on a stick. Not only do they glow under the shine of black light, they look like tiny objects right out of a sci-fi movie, too. Seriously, if you told me these things were alien life forms recovered from a meteor, I’d believe you for a minute (until I do the inevitable Google search, of course).

Made by Verde Matcha, the candies look just like traditional candies (fortunately, without a scorpion inside) when viewed under regular light, giving you no reason to suspect their more unusual capabilities. They probably taste like actual lollipops, too, so you could be eating a whole bunch without any idea about their true, unrealized potential. 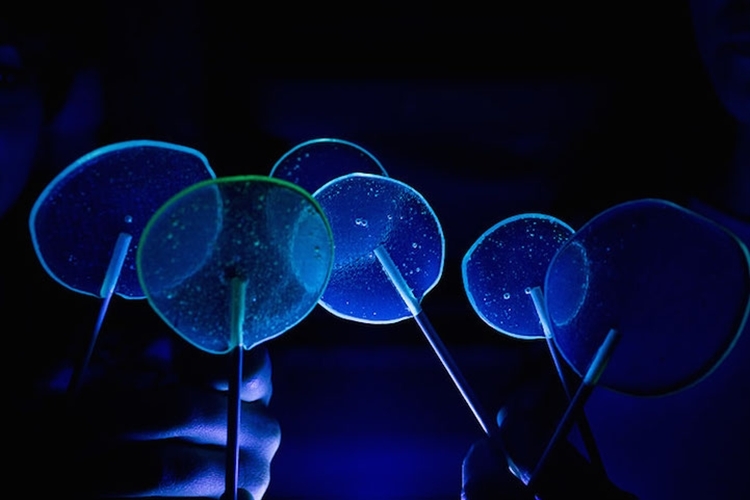 The best part? There’s nothing exotic about the ingredients to these Flourescent Lollipops, so you can make them at home if you’re planning a black light party for the coming New Year’s.   In fact, it’s mostly all the usual suspects you’d expect in a candy – sugar, corn syrup, lemon juice, and vanilla pod. The secret ingredient, though, is tonic water, which, as it turns out, contains a substance called quinine that produces a bright blue color when exposed to UV light, apart from being responsible for the water’s bitter taste. 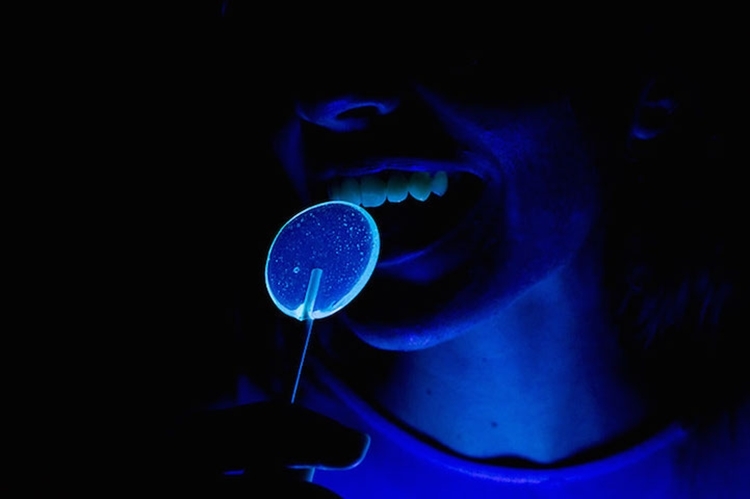 Want to make a batch? You’re in luck. Verde Matcha has released a complete recipe for the Flourescent Lollipops over on their website. Whip up a dozen or so, bring them down to a favorite club where they have black lights installed, and be ready to entertain a bunch of folks coming up to ask where you got the treat.