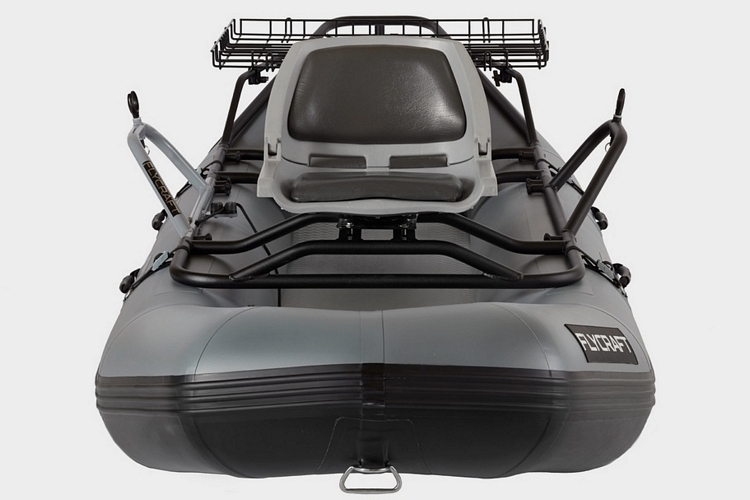 Some boats are good for fishing in lakes. Some are rigged for exploring shallow creeks and rivers. Others work best for taking out into the ocean. The Flycraft Stealth is designed to be capable in all of those things and more.

Described as “multiple boats in one,” it combines the fishing capabilities of a drift boat, the maneuverability of a kayak, and the durability of a whitewater raft, making it perfectly suitable for a whole load of outdoor boating activities (sorry, that doesn’t include hot-tubbing in the water). Whether you want to go fishing, rafting, or island-hopping in the open seas, this one boat is perfectly equipped to handle them with the same ease as any specialty watercraft. 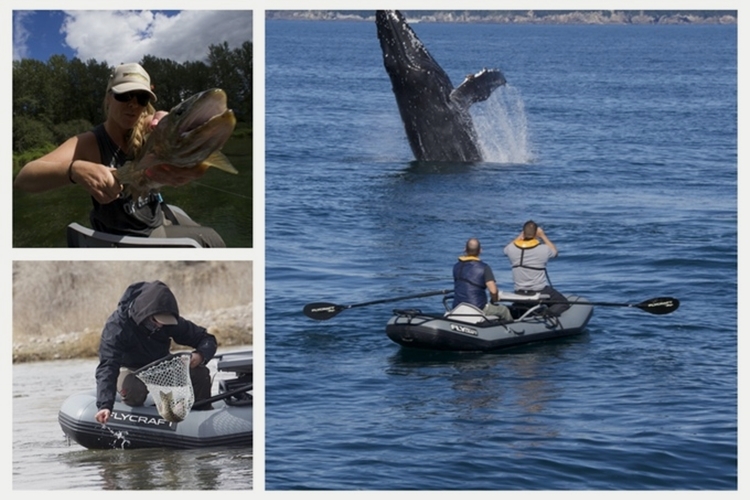 The Flycraft Stealth is a two-person inflatable boat with a rock solid rigid floor that you can stand on and enough stability to support both passengers on their feet. Designed as a highly-capable fishing boat, it comes with reverse lean bars for added stability when casting, 360-degree swivel seats, and an internally-routed anchor system. It boasts a shallow draft and Class II whitewater rafting (it requires just three inches of water underneath to float), allowing it to be used on tiny streams and small rivers, all while being able to mount any gas or electric outboard (30 pounds or less) for venturing out into open waters. 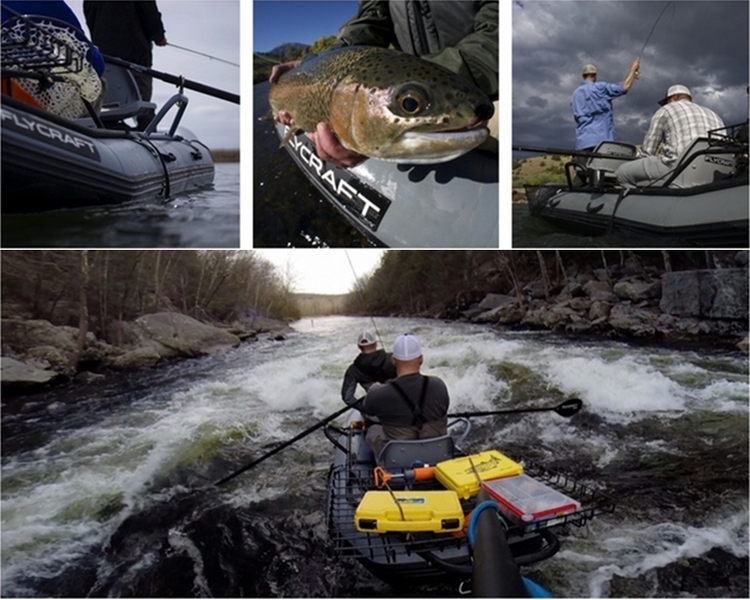 Since it’s inflatable, the whole thing can be collapsed and fit into the trunk of a car, making for very convenient transport. Features include the ability to cast 360-degrees, dual layers of PVC armor to ensure the bottom of the boat can handle any rough obstacles, an aluminum frame, and five air chambers. It measures 12.5 x 3.9 feet (l x w) and weighs 98 pounds.

A Kickstarter campaign is currently running to fund the Flycraft Stealth. Pledges to reserve a unit starts at $2,795.