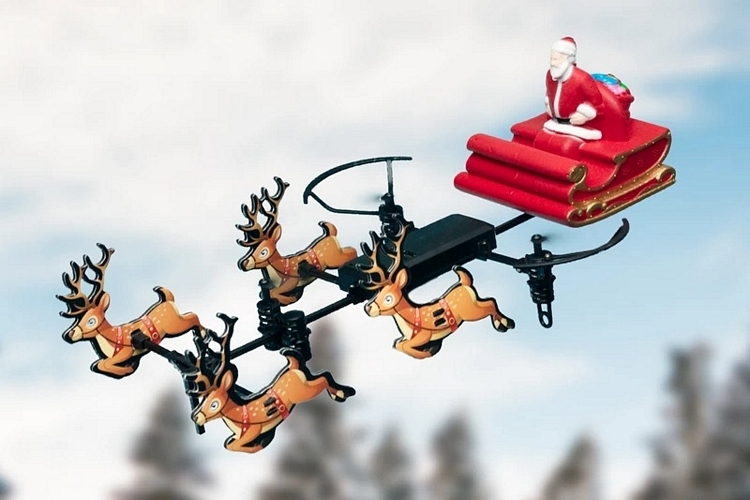 You may be too old to still believe in Santa Claus, but the idea of a fat bearded dude piloting a sleigh propelled by a bunch of flying reindeers (even robot reindeers will do) never stops being fun. It’s a sight we all wish we could have witnessed back when were kids. Turns out, it’s not too late to experience the magic with the Flying Santa Drone.

That’s right, it’s a drone clad in the likeness of Santa on a sleigh being pulled through the air by a quarter of flying reindeers. No longer will you have to go through life not having experienced seeing Santa soar through the skies to deliver joy on Christmas day – this thing lets you live through that magical moment this holiday season. Yes, Santa can really come to town this year. 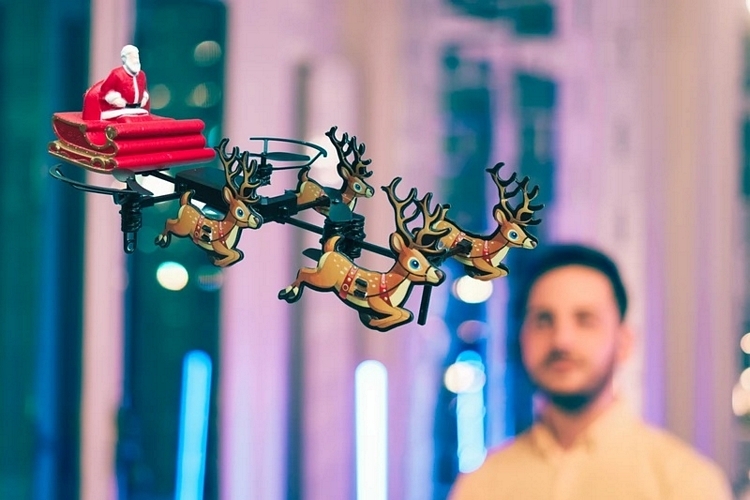 The Flying Santa Drone consists of a miniature figure of Santa on his sleigh and four flying reindeers, all of which are mounted on individual arms sticking out of a tricopter drone in the center. It’s a, pretty cool, design that faithfully recreates the likeness of Santa’s reindeer-pulled sleigh as it’s been depicted in pop culture over the years, despite having to be integrated into a functional drone. You get Santa on his sleigh in the back, with two rows of reindeers out front leading the way. Sadly, none of the reindeers appear to be Rudolph, although you can probably stick a red nose on one of them if you feel like sticking to the traditional tales.

There are no listed details on the drone’s actual flight capabilities. Given how the product photos are all indoor flights, however, we imagine this to be a low-altitude, low-speed drone that’s meant for flying in confined spaces, especially since it’s carrying a fair amount of weight with the Santa and reindeer figures. That means, you can have Santa streaking through the air while the Christmas merrymaking ensues all over your home. We don’t know anything about obstacle detection or autonomous capabilities, either. Given that this is a cheap drone meant as a novelty toy for the holidays, though, we’d probably expect full manual controls, with very little to no autonomous capabilities. 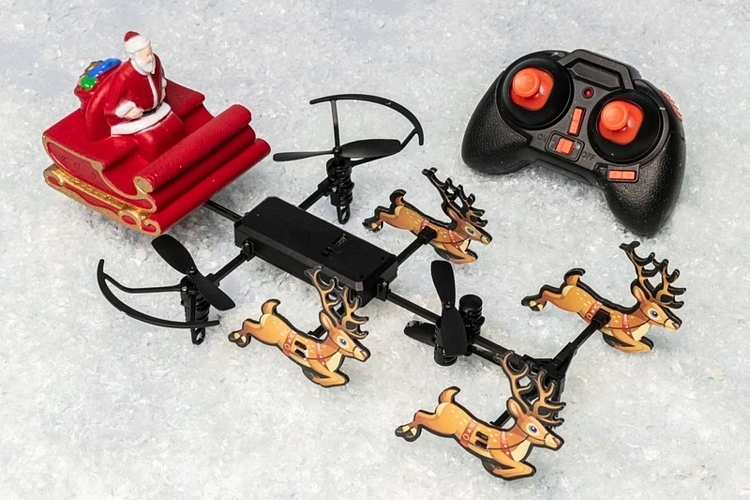 The Flying Santa Drone is piloted using a radio control pad similar to other drones in the market, so flying this should be familiar to anyone who’s handled drones in the past. The two outer propellers behind the reindeers are covered by bumpers, by the way, so it shouldn’t easily damage when you hit the Christmas tree topper while flying indoors, while the inner prop should be protected by the reindeers flanking it. And in case any of the props get damaged, it comes with spare rotors that you can swap in to get Santa back on the air. It runs on a rechargeable battery, although the controller uses a trio of AAAs. 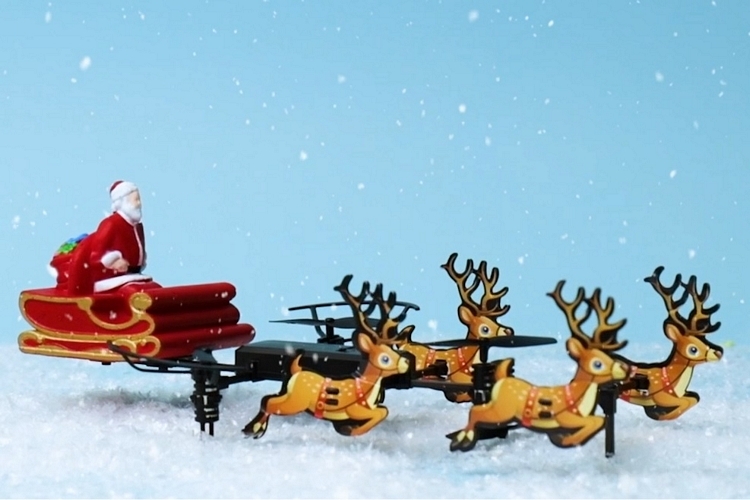 If you’ve ever dreamed of seeing Santa come to town as a kid, this toy brings you as close to that ever happening. At least, until the actual taxi drones come out and someone dressed in a Santa suit rigs one into a flying sleigh with robot reindeers out front.

The Flying Santa Drone is available now, priced at $55.