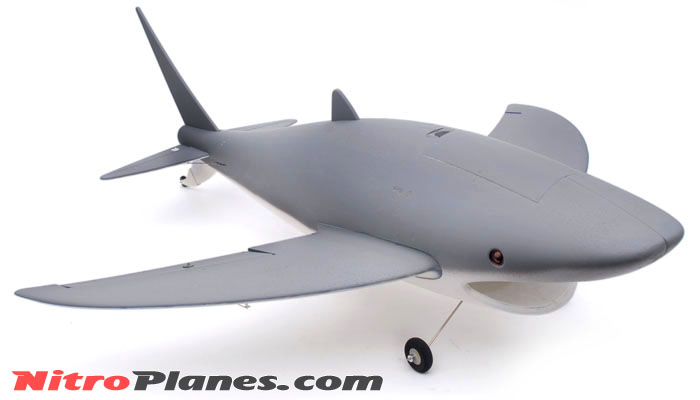 All those RC planes flying across the park look fun.  But how much fun can anything really be when there’s not a single monster in sight?  You can change all that humdrum scenery with the RC Flying Shark, a remote-controlled electric plane clad in the marine predator’s body.

Remember that scene in Mega Shark vs Giant Octopus with the giant carnivorous fish leaping up and eating a plane in half?  You can finally simulate that.  Granted, you’ll need to use plenty of imagination since this thing doesn’t really bite (it doesn’t even have teeth), but that sounds infinitely more awesome than just crashing two planes together, while pretending the other one’s a giant version of Jaws. 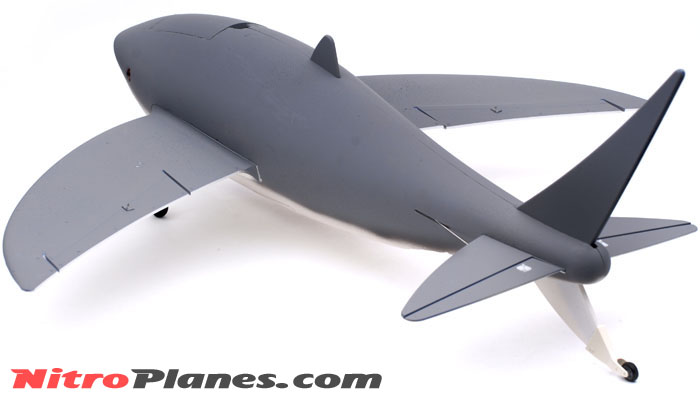 The Flying Shark Plane measures 40.55 inches long, with a 33.46-inch wingspan, and weighs 1.54 lbs.  Made with flexible EPS foam and EPO anti-falls material, the retail page claims it can do “some heavy-duty flying,” whatever that actually means.  It can also do barrel rolls, as well as fly upside-down, making for a decent-sounding flyer.  If you can customize some sharp teeth and fake blood on the thing, you might even be able to scare off a few kids while you take it for some trick flights.

Drive is powered by a 25-ampere brushless motor, which juices from a 1,300mA battery.  It can stay in flight for up to four minutes in full power and six minutes at half strength, which should be long enough to let you try charging some other RC plane in half for shits and giggles (make sure you apologize and claim it’s an accident later).

You can get the Flying Shark Plane, with all components on board (including the radio transmitter), for $99. Get It Now