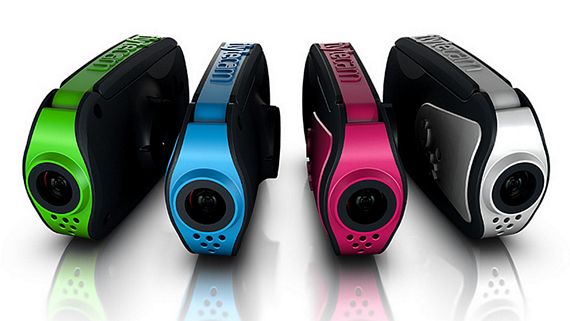 There’s a literal glute of challengers in the market trying to eat up a share of GoPro’s customer base, many of them not really gaining any traction because the GoPro is simply way too good.  I don’t know what fate awaits the Flytecam, but it’s really darn sleek.

While it won’t compete with GoPro’s best hardware, it’s not meant to.  Instead, they’re fighting the battle with middle-tier specs, waterproof bodies and more affordable pricing, all of which sound like they can make a great alternative for the more frugal action cam fans out there. 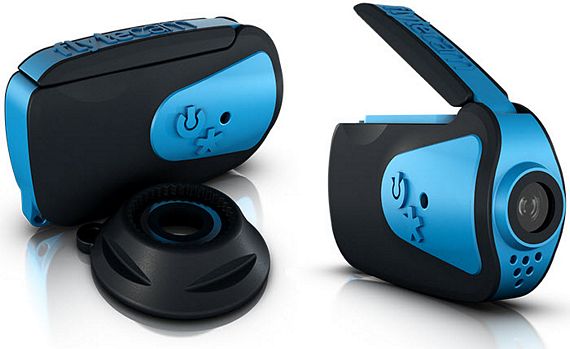 The Flytecam can shoot 1080p video, with an option to shoot at up to 60 fps (at 720p).  It features a 120-degree wide lens, an internal multi-directional mic, and sapphire glass cover (which, they claim, is three times stronger than Gorilla Glass with 99.9% purity), all housed in a sleek but rugged body (90 x 25 x 55mm, l x d x h) that’s shockproof, dustproof, and waterproof up to 3 meters deep.  Onboard battery allows it 3 hours of recording time per full charge, with support for microSD cards up to 32GB.

Instead of standard camera mounts, it uses a magnet-based “flytemount” that lets you simply snap it in and out of place.  While that sounds like a recipe for a lost camera when you crash, the company claims it’s very secure and will only get dislodged when it gets hit by something hard (like when a Bigfoot clotheslines you while downhill biking and hits the camera — or something like that).  The magnet mount also brings advantages, namely, it removes vibrations (due to the constant pull of the magnet combined with the rubberized coating), it keeps profile low (no bulky hardware), and it’s safer (via the cam not snapping off and hitting you in the face when you get into an accident).

As of now, the Flytecam is not yet available, although they’re prepping to open orders soon.  Price still hasn’t been announced, but if they’re going after the GoPro, this needs to be sub-$200.