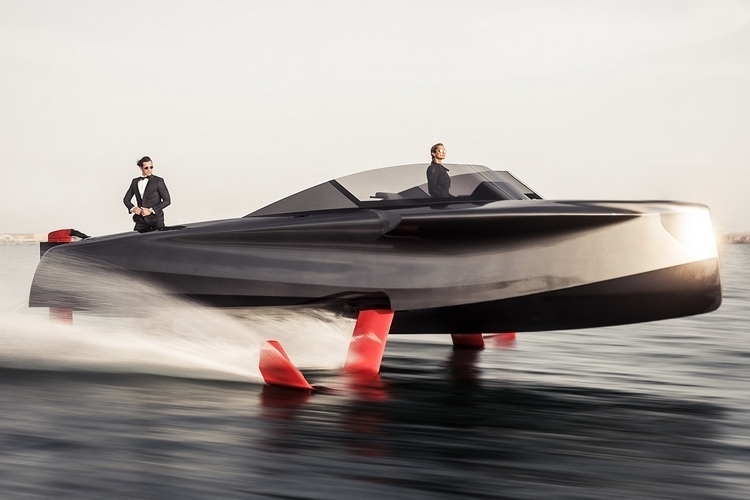 Hydrofoil boats are nothing new, having been around in one form or another since the early 1900s. Despite that, they continue to be a curious sight, with their suspended appearance making for a truly unusual attraction. That same fascination holds true whether for a small two-person boat or a luxury yacht like the Foiler.

A yacht with a retractable hydrofoil system, the boat looks like any small luxury yacht that you can park on the marina, waiting for you and your friends to take it for a day out at sea. From what we can tell, it can be operated even with the hydrofoils retracted, so it can look much like any regular watercraft plying the waters, albeit with strap-like bars wrapped near the front of the boat. Those bars, of course, are the front hydrofoils when they’re not in use. 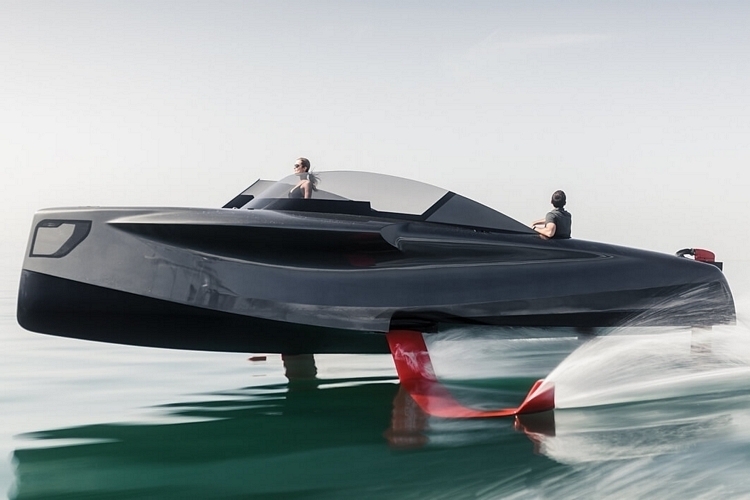 The Foiler comes with four hydrofoils – two large ones in front and two smaller ones in the rear, all of which can be retracted at the single push of a button. During use, the hydrofoils raise the yacht an impressive five feet over the water surface, all while enabling heightened “speed and reactivity,” ensuring you’re as agile as you need to be while exploring the seas. With the foils anchoring it in the water, the outfit claims the yacht is extremely stable (it removes the movement generated by the waves’ impact on the hull), so much so, in fact, that it can ride through six feet waves without an issue. Do note, in extreme conditions, they recommend retracting the foils and using it as a classic boat (not being maritime experts, we have no idea why, but we’ll take it).

It’s powered by a hybrid system consisting of two 320 horsepower BMW engines that feed power to two generators that convert the energy to electric before transferring it to a pair of custom electric-powered torpedo engines from Enata Marine. It can attain a top speed of 40 knots and cruises at a similarly-satisfying 30 knots, ensuring you will have a fun time feeling the wind in your hair while enjoying the open seas. An option to operate the boat strictly using the electric torpedoes is available, although doing so slows down the max speed to a far less satisfying 10 knots. 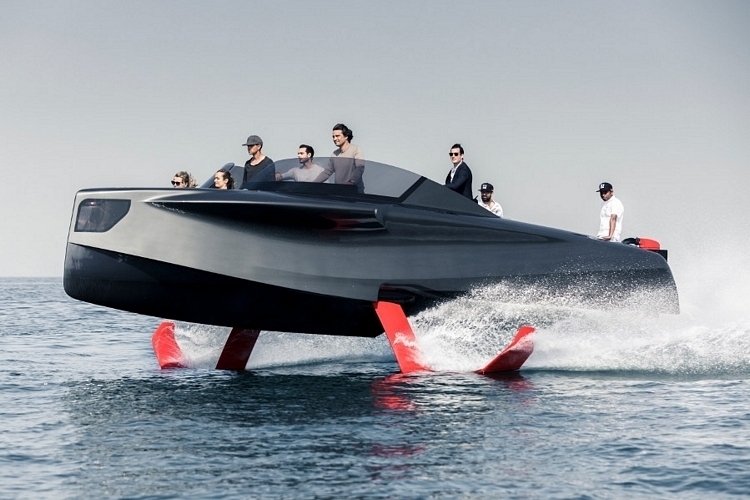 The Foiler can accommodate up to eight passengers, including the driver, so while you can’t bring a large party onboard, it is an ideal watercraft for a small group of friends looking for some rest and relaxation. It has a maximum range of 260 nautical miles when running at 20 knots, which goes down significantly to 130 nautical miles at the 30-knot cruising speed. 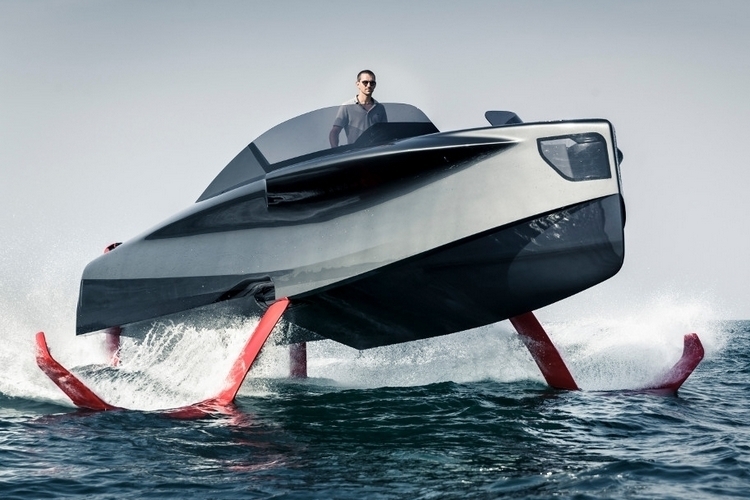 Construction is strictly carbon fiber for the hull, which gives it a really sleek appearance that combines with the hydrofoils for quite the futuristic aesthetic, along with stainless steel, aluminum, and titanium mechanical parts. Dimensions are 24 x 32 x 12 feet (wingspan x length x height), with a weight of one ton.

No pricing is listed for the Foiler, but you can learn more from the link below. 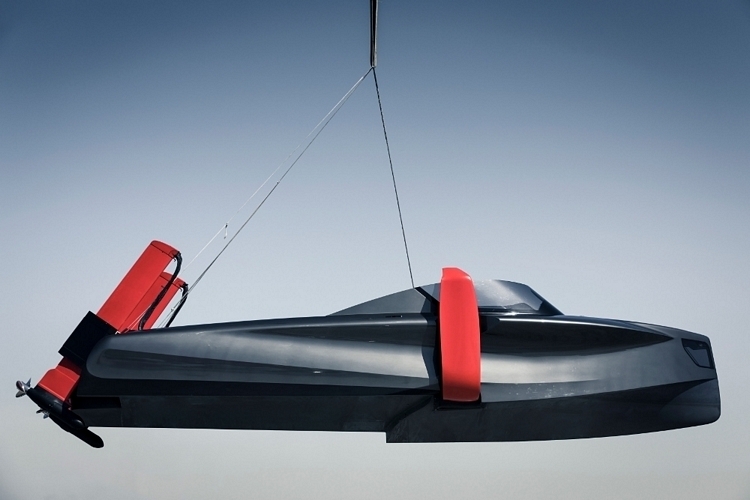