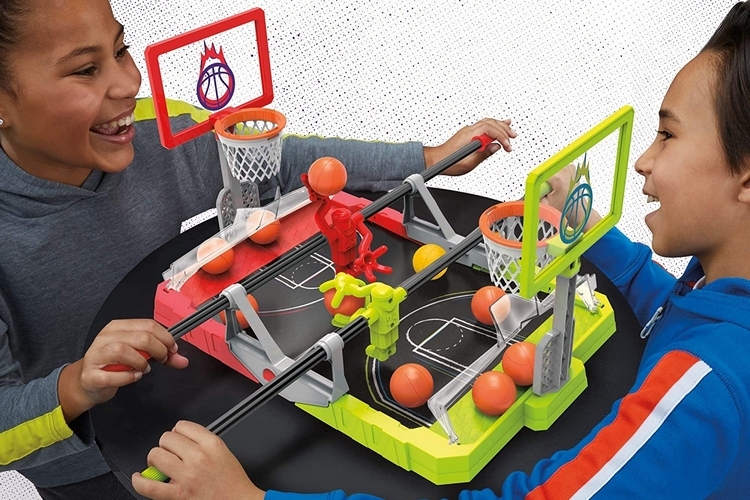 Soccer may not be well-loved stateside, but foosball remains a popular staple in game rooms, rec rooms, and all sorts of places where people come to relax. It’s just a fun tabletop game. So why not apply the same foosball mechanics to a sport America actually appreciates? That seems to be the idea behind the Foosketball.

As you can tell from the name, it’s a Frankenstein game that combines elements of foosball and basketball. It works just like foosball, with players held on a rod that you can push and turn on the play area, except instead of kicking the ball to the goal, you’re supposed to grab it and shoot it through a rim on an elevated backboard at each end of the board. 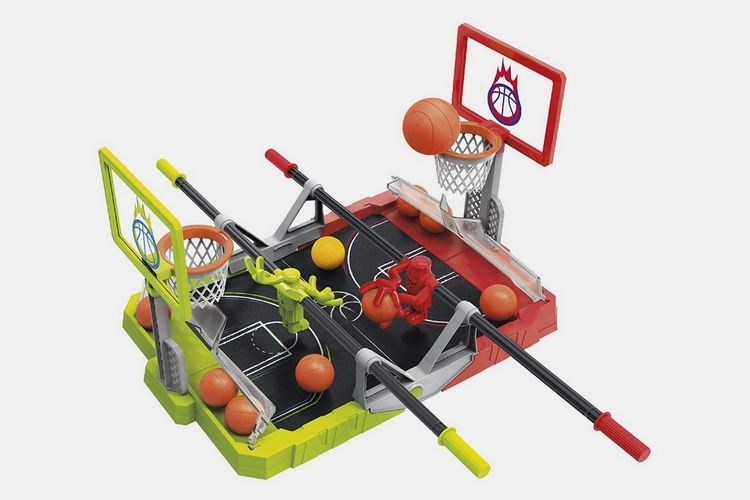 Sadly, the Foosketball isn’t going to make a viable replacement for the foosball table in your local bar yet. That’s because this first iteration is a much smaller game with only two rods holding one player each, making it more suitable for playing on the coffee table in the living room than in the middle of the bar for drunk men to place bets on who can score a goal. Yes, it’s, basically, a one-on-one basketball shootout between a pair of “foosketmen” on a really, really cramped court.

The game consists of a playing court divided into two halves, with each of the players standing behind the half court line on their side. Like in foosball, the players are held on a rod with handles on the left and right sides, allowing you to move them laterally for blocking shots and turn them clockwise-and-counterclockwise. Instead of turning them to kick the ball, however, the turning motions actually control the players’ hands, as it’s the movement used to both grab the ball and shoot it. 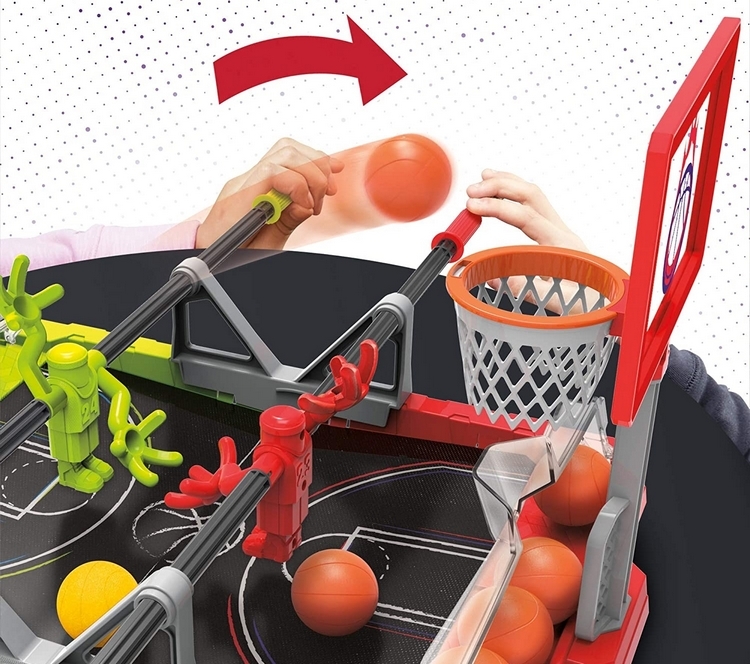 The Foosketball’s left and right handles actually rotate independently, allowing you to execute precise control on how the hands of each player moves. Yes, it requires plenty of coordination and, more than likely, a bit of practice to get right, but that’s a good thing, since it injects a bit of skill requirement that kids can work towards attaining. Suffice to say, you’re not going to be shooting half-court threes consistently on this thing off the bat, although the more familiar you get with the mechanics required, the better you should be able to channel your inner Stephen Curry. 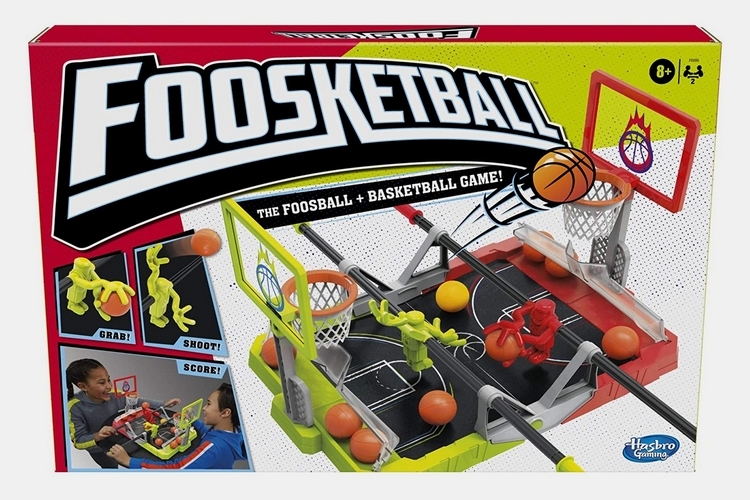 Instead of playing with one ball like in a regular basketball game, it comes with 10 balls that players can pick up and shoot. Why so many? We’re guessing because it’s not easy to score on this thing and 10 balls keeps the game going, instead of stopping the play while they wait for the ball to roll back into a space where it can be grabbed by your player. The official rules state that the orange balls are worth a point each, while the sole golden ball nets two points. First player to score five points win the round. We have a feeling kids will make up their own rules for this, though, since that will likely be half the fun of playing.

The Foosketball is available now. 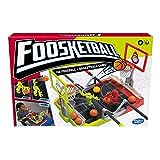 Hasbro Games Foosketball Game, The Foosball Plus...
Buy on Amazon