This Kit Lets You Build A Gyro-Stabilized, Precision-Flying LEGO Drone 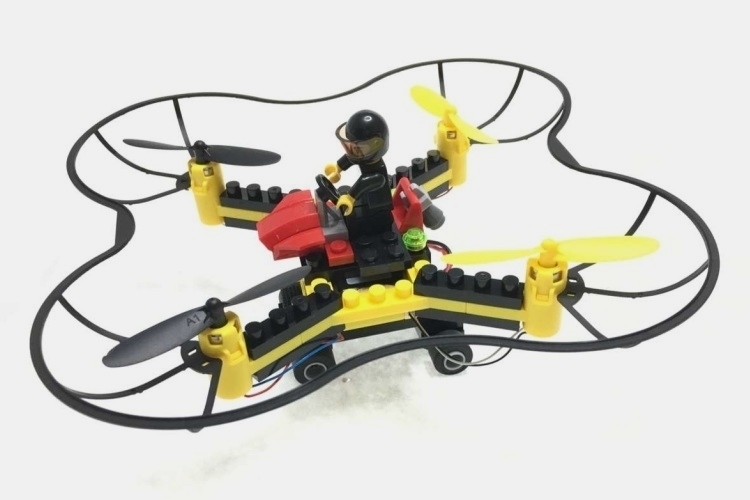 Remember the Flybrix, a DIY drone kit that lets you build a quadcopter using LEGO bricks? That was awesome. The Force Flyers DIY Fly & Drive Building Block Drone does, pretty much, the same thing with one notable addition: it comes with a protective cage made with ABS plastic, so you can crash the drone without risking damage to the electronics, motors, or propellers.

Aside from shielding the drone’s sensitive parts from damage, that cage can also help minimize instances of the bricks coming apart. That means, fewer parts to put back into place during inevitable crashes, so you can get back in the air faster than you would have otherwise. 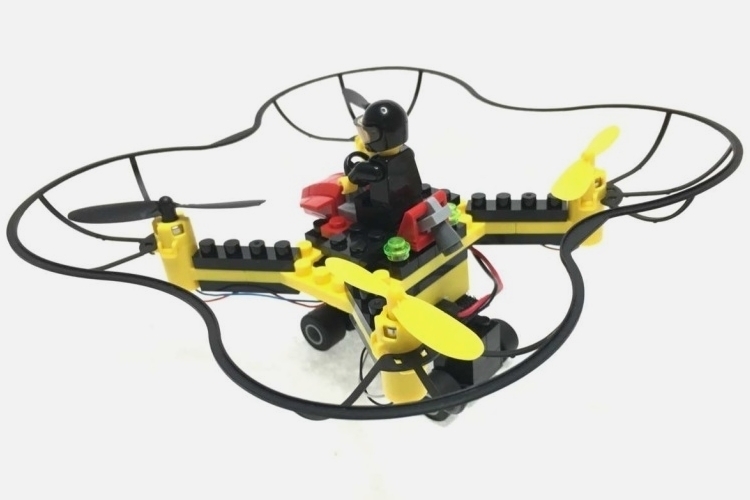 The Force Flyers DIY Fly & Drive Building Block Drone comes with four rotors and propellers for building your custom quadcopter, which you’ll simply need to connect to the circuit board and the power source to make your flying toy functional. There’s no soldering necessary, by the way, as all the parts are designed to plug in to the main board, allowing you to disassemble a drone just as easily as you put it together. Basically, your job is to put together the drone body using your own stash of construction bricks and integrate the various kit components into that.

The circuit board, by the way, comes programmed with digital proportional control to enable precise flight even through tight spaces, while a six-axis gyroscope provides automatic stabilization during flight, so you don’t have to be an experiences pilot to get this thing flying properly. It also comes with wheels, by the way, in case you’d rather position the propellers so that they’ll provide strictly forward thrust, allowing you to build a land-based toy vehicle.

All components of the Force Flyers DIY Fly & Drive Building Block Drone are designed to integrate with LEGO bricks and other similar construction toys, allowing you to build your own original drone design, whether you want to make a simple, no-frills quadcopter or a ridiculously ornate flying thingamajig. The kit comes with a minifig, although you can, obviously, use any minifigure in your collection to serve as the token pilot. Do note, you can’t just slap together a ridiculously imbalanced aircraft and expect it to fly, but you can definitely do that if you’re looking to experiment for a few shits and giggles.

According to the outfit, the drone can safely do 360-degree stunt flips, so you can make it perform aerial acrobatics on top of the usual racing and flight activities. It comes with a 2.4GHz controller and an accompanying receiver, which comes with a maximum range of 246 feet, so you can safely pilot the drone whether indoors or outdoors. The onboard battery, by the way, has a USB slot for charging, all while holding enough juice to keep the drone on the air for up to 12 minutes between charges.