Ford Atlas Concept: This Is One Nice Looking F-150 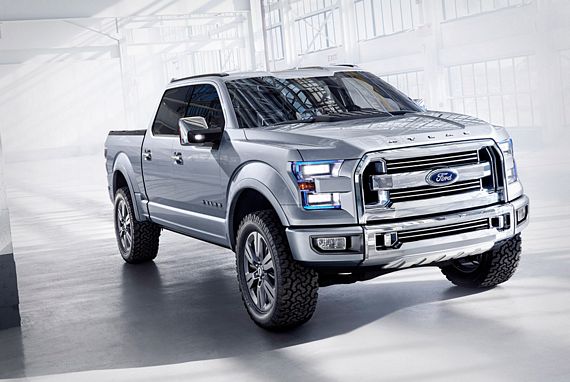 Thinking of getting an F-150 in 2015?  Well, here’s a preview of what you’re probably going to get: the Ford Atlas Concept.

Announced at last week’s Detroit Auto Show, it’s, literally, the truck that stole the show away from GM’s Silverado and Sierra reveals.  As has been the norm with F-150s, it’s big, brutish and downright angry-looking — just the way pickup trucks are meant to be. 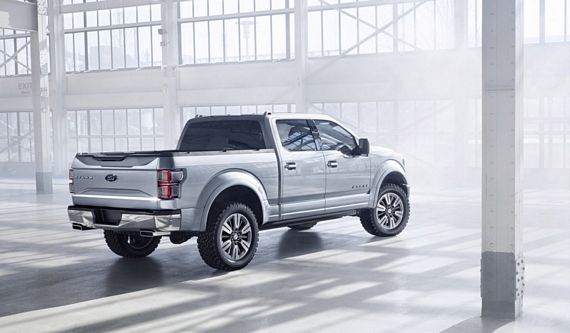 While the Ford Atlas Concept is, technically, a concept vehicle, it’s likely to hit the production line exactly the same way, perhaps with a few tweaks here and there.  Clad in an all-gray coat, the truck brings a fresh design language, marked by a wide stance, chiseled grille and prominent wheel arches.  Paired with the aggressive styling are new smart technologies, advanced fuel efficiency, and improved utility features. 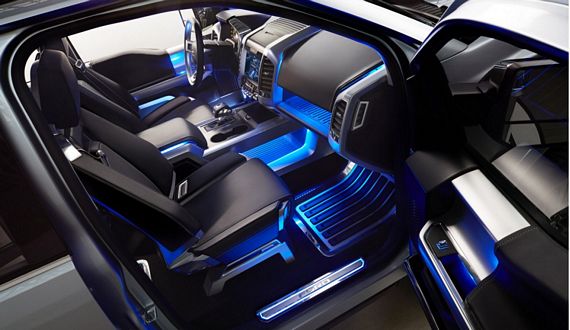 Sitting inside the truck is Ford’s next-gen EcoBoost powertain (no specific numbers), which uses direct injection and turbocharging to facilitate fuel economy gains and lower CO2 emissions.  Adding to the fuel savings are numerous aerodynamic elements that include active grille shutters, wheel shutters, a drop-down front air dam and power running boards.  For utility, it features a dual-purpose tailgate step that can double as a cargo cradle, dynamic hitch assist, hidden cargo ramps, a 360-degree POV camera to help you when maneuvering through tight spaces, multiple tie-down points, 110-volt electrical outlets in the cargo box (for charging your power tools), an integrated roof carrying system, and advanced LED lighting.

Hit the link below for the full press release.