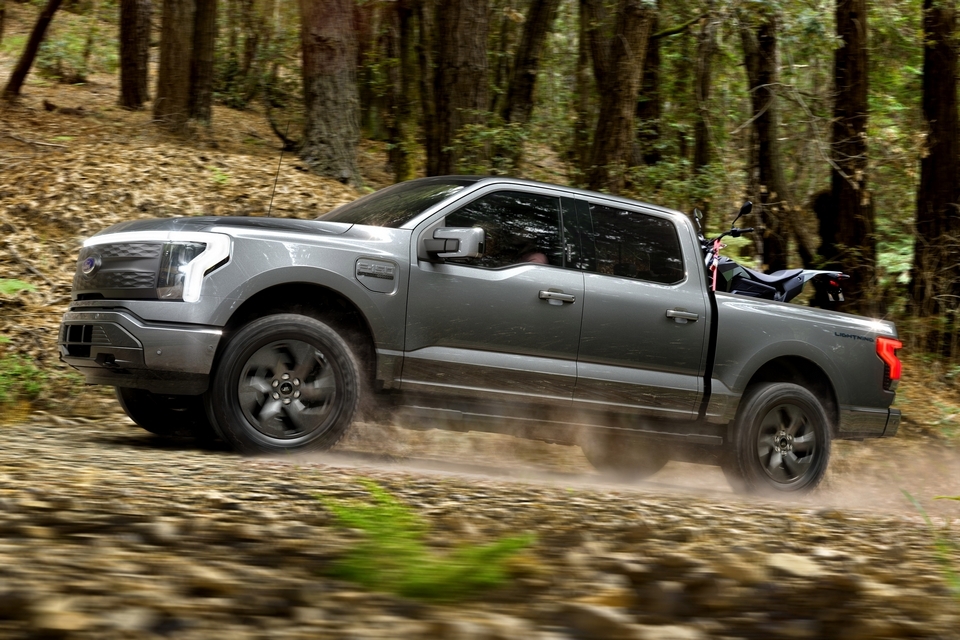 Can the best-selling vehicle in America turn into its best-selling EV, too? It probably won’t take all that long to find out with the official announcement of the Ford F-150 Lightning, the all-electric version of the ubiquitous pickup truck.

Billed as “the truck of the future,” the vehicle combines the toughness, off-road prowess, and workhorse performance we’ve long known from the F-150 with an all-new electric drivetrain to better serve contemporary needs. More impressively, it’s priced on par with its gas-guzzling predecessors, making it the kind of electric upgrade most people are likely to embrace. 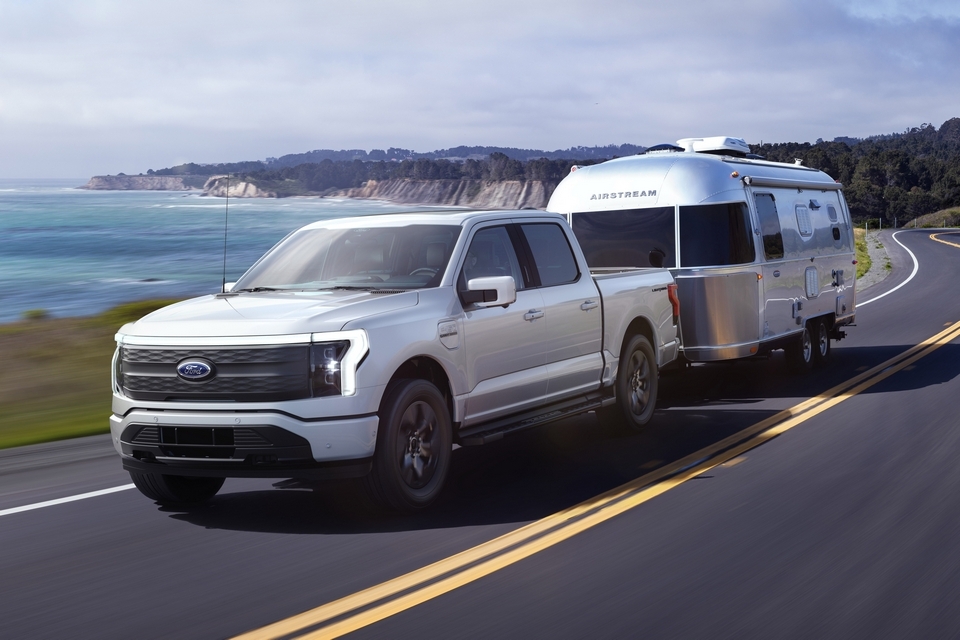 The Ford F-150 Lightning is equipped with dual motors, one in front and one out back, that combine to produce an impressive 563 horsepower and 775 pound-feet of torque, the latter being the most torque ever offered on an F-150 truck. According to the outfit, the full-time 4×4 can go from standstill to 60 mph in the mid-four seconds, making it the fastest F-150 ever, all while carrying payloads of up to 2,000 pounds and towing objects up to 10,000 pounds. It pairs those motors with multiple battery options, the largest offering up to 300 miles of estimated range, making it a viable vehicle for long drives and extended jaunts.

For charging on the road, it can be hooked up to a 150kW DC fast charging station, where it can get 54 miles’ worth of range in just 10 minutes, all while filling up to 80 percent in 41 minutes. Since Ford doesn’t really have its own charging network infrastructure yet, you’re going to have to rely on a series independent public charging stations, all of which you can find from the FordPass Charging app. For home charging, it can draw three miles per hour on a 120-volt outlet, while a 240-volt outlet can feed it around 14 miles per hour. There is, however, an 80-amp home charging station that comes with the 300-mile range truck that can both charge the vehicle to 100 percent in eight hours (30 miles of range per hour), while serving as a battery for powering your home in case of outages. 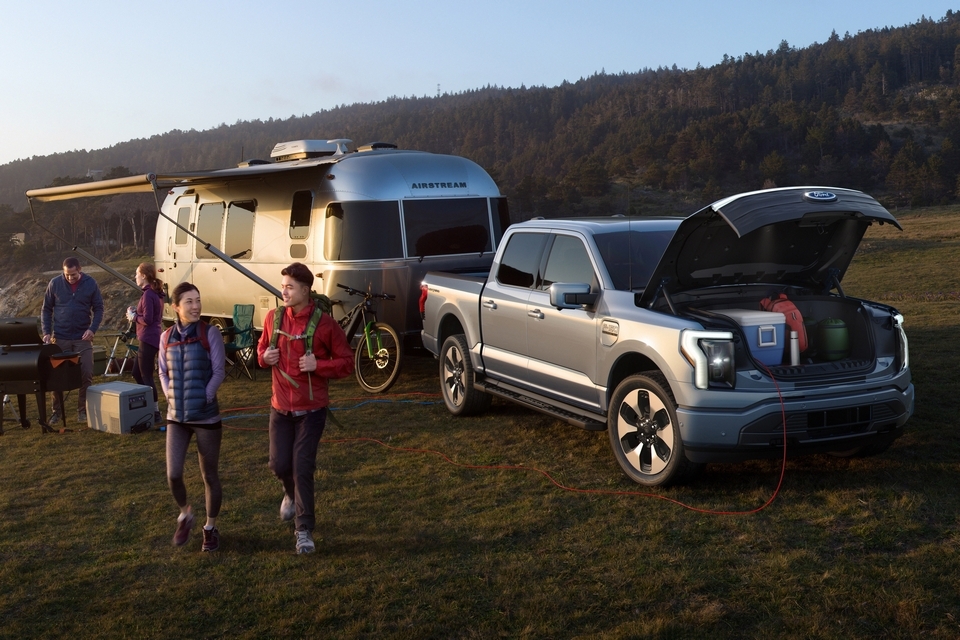 The Ford F-150 Lightning itself can be used to serve as a charging hub. We don’t mean charging phones and other small gadgets, either, as the more expensive models get 11 built-in standard power sockets at various locations (cab, bed, front trunk), along with a handful of USB ports, for powering full-fledged appliances and large electronics. That’s right, this truck is a veritable power station on wheels. Oh yeah, it uses the same cab and the same size bed as previous versions of the truck, which means previously compatible accessories you already own will fit right in. 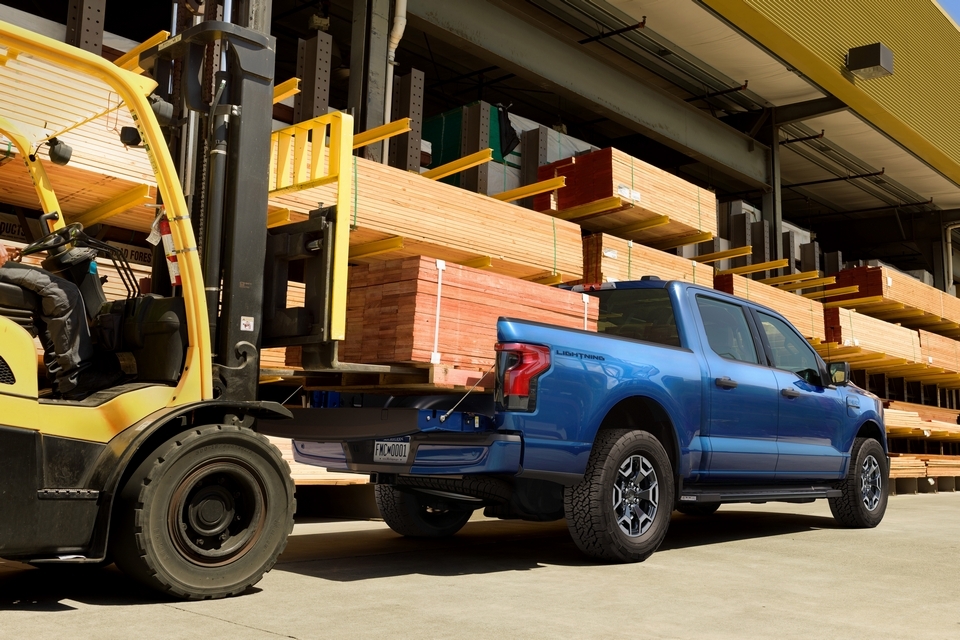 Because it ditches the engine out front, the space under the hood has now been outfitted into a trunk with a total volume of 14.1 cubic feet, enough to accommodate a large suitcase and two carry-on bags. And yes, the trunk is water-resistant, complete with a drain for easy cleaning, in case you stashed a couple of large coolers on there. Inside, it gets a 15.5-inch portrait touchscreen in the center dash and a 12-inch digital instrument cluster. 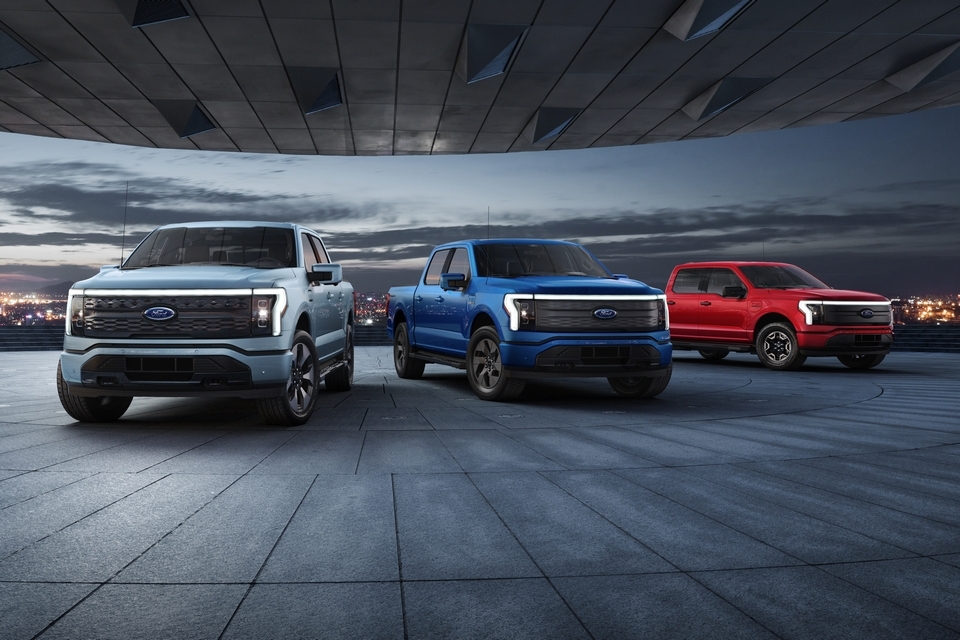