Check Out The Ford Shelby GT350R, The Most Track-Focused Yet Road-Legal Mustang Ever 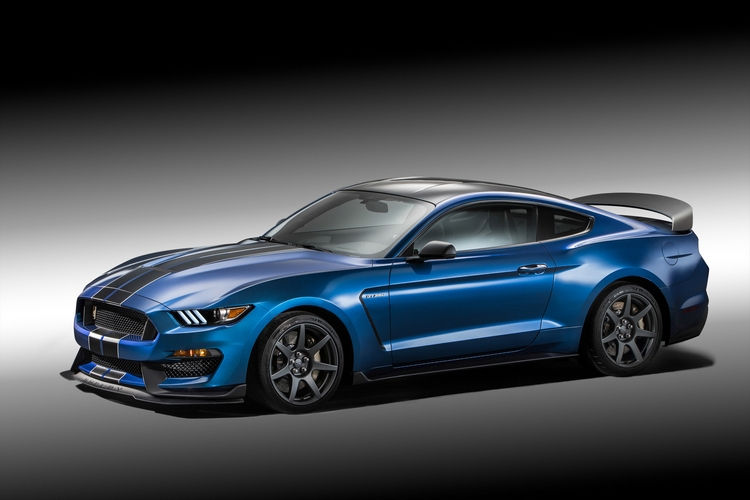 The GT350 is no slouch of a car, but when you’re rigging it for track use, it’s going to need some serious upgrades. That’s exactly what Ford delivered with the Shelby GT350R, which they’re billing as the “most track-capable production Mustang” ever built.

While built for the tracks, it’s actually road-legal, so you can drive a seriously nasty racer through the neighborhood streets like a reckless idiot with a death wish, if you’re so inclined. Described as “no compromise” in terms of track capability, the car boasts a combination of changes to aerodynamics, chassis engineering, and suspension tuning that resulted in a genuine beast of a ride. 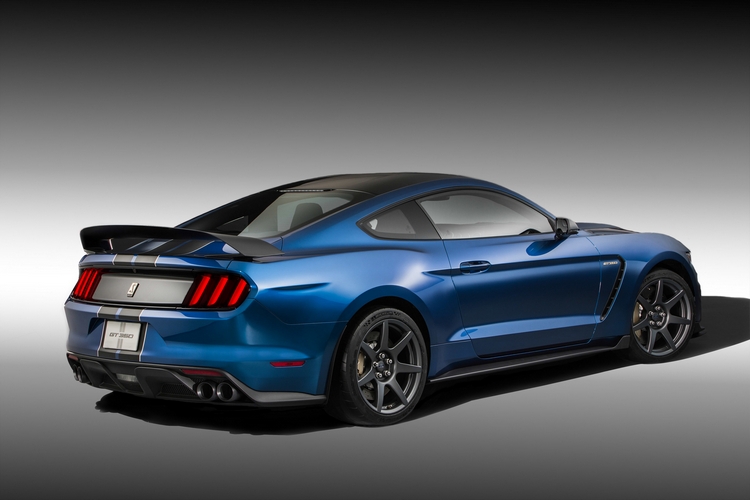 Basically, the Ford Shelby GT350R Mustang is a road car that’s been fitted with every track feature they can cram short of getting it banned on the streets. That translates to a new 5.2-liter dual overhead-cam V8 engine, with a flat-plane crankshaft architecture that you’d normally just find on track-only race cars and European exotics, putting out 500 horsepower and 400 pound-feet of torque. Aerodynamics also received a thorough reworking, courtesy of a huge rear wing and diffuser, vented wheel wells, and a new hood vent. 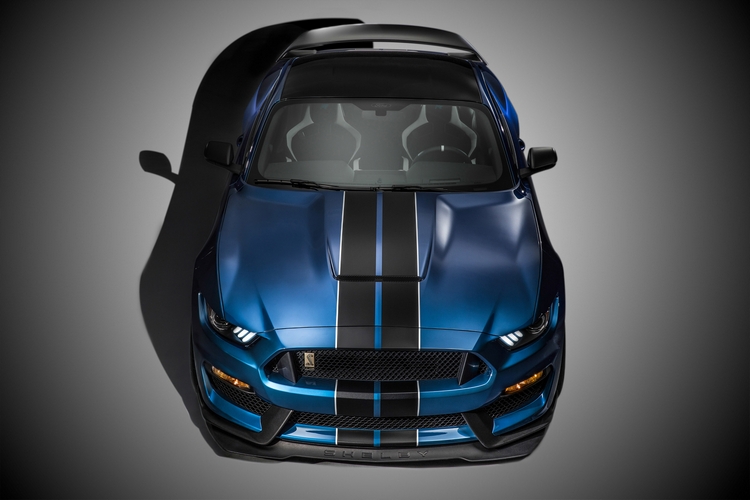 It’s also 130 pounds lighter than the GT350 Track Pack model (and around 150 pounds less than the street model), a feat achieved in part by using 19-inch carbon fiber wheels. Yep, carbon fiber. On the wheels. Which, by the way, happen to be wrapped in high-grip Michelin Pilot Sport Cup 2 tires. 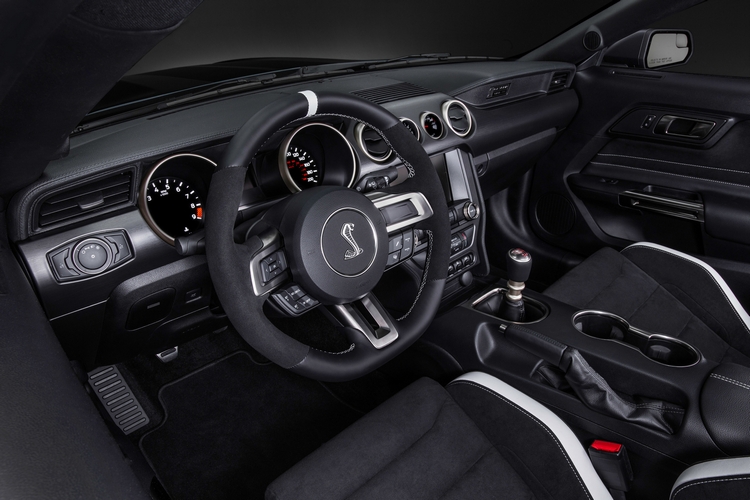 No word on official pricing or availability have been announced for the limited-edition Ford Shelby GT350R Mustang.