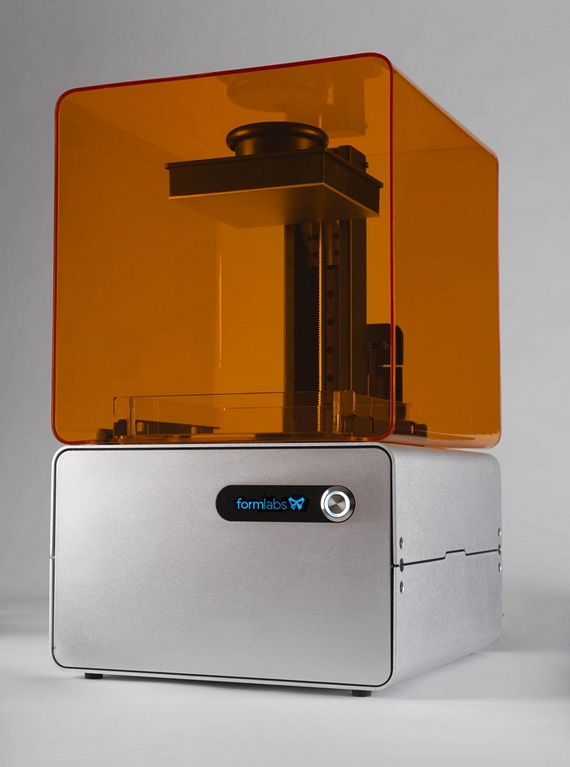 While today’s slew of home 3D printers are quite impressive, they still can’t hold a candle to what you can produce with real industrial units, both in terms of the size and accuracy.  The FORM 1 aims to narrow that gap, bringing stereolithography to home 3D printers for the first time.

Developed by a group of recent graduates from the MIT Media Lab, the desktop 3D printer does away with the extrusion method that is used in consumer-grade machines like the Makerbot.  Instead, they employ the more advanced stereolithography, which blasts liquid plastic with a piercing laser, causing the resin to cure and form fancy shapes. 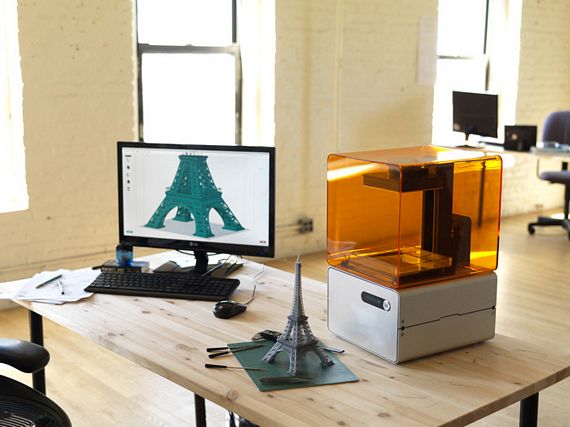 Billed as the first desktop 3D printer for professional designers, FORM 1 attempts to replicate the kind of processes performed by high-end fabrication in a smaller, cheaper bundle.  If you’ve ever complained about the resolution and surface finish you get with low-end fabrication units, this is the logical upgrade, as it’s able to “print layers as thin as 25 microns (0.001 in) with features as small as 300 microns (0.012 in) in a build volume of 125 x 125 x 165 mm (4.9 x 4.9 x 6.5 in).”  Basically, that means it can provide resolution and finish that none of the existing extrusion-based desktop 3D printers can ever hope to do. 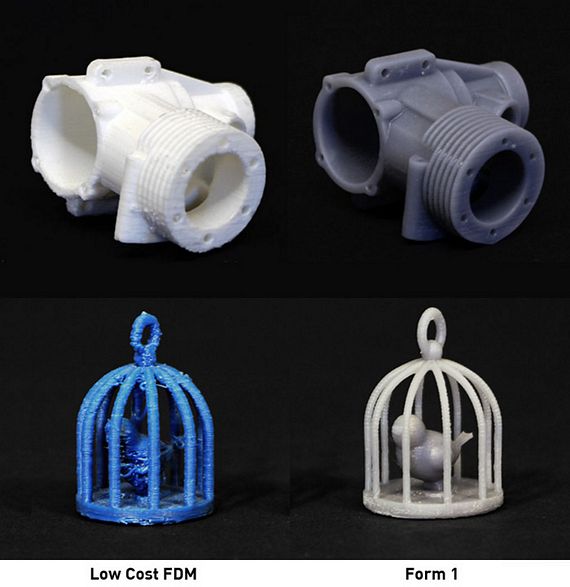 Since it’s meant as an end-to-end solution, it comes with its own software, which will be compatible with all existing 3D CAD packages, and a Form Finish kit, a finishing tray for all your freshly-printed creations.  Oh, the actual printer (at least, these prototypes) are gorgeous, too, and should fit right in with the other gadgetry sitting in your design studio.

The FORM 1 is currently collecting pledges on Kickstarter for their first production run.  They’ve already collected past their target over tenfold, so this will likely be going through to production.  Price to reserve a unit is $2,699.