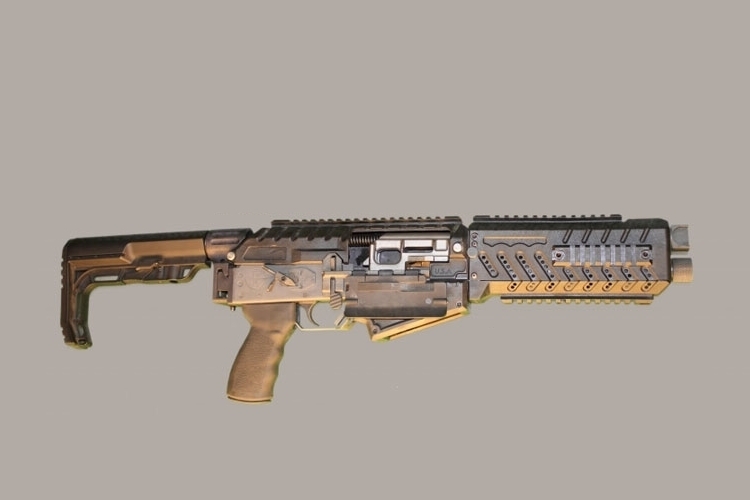 Yes, it’s far from the only automatic shotgun in the world. The Fostech Arms Origin-12 Short-Barrel Shotgun, however, will unload its ammo faster than any combat shotgun in existence, ensuring you can rain down hell on any home invaders, zombie horde, or apocalypse bandits with very little notice.

Built on an AK-style platform, the darn thing can unleash a whopping 30 rounds in eight seconds, allowing you to fire off a torrential attack on any unfortunate target.  We know, this is overkill for a home defense weapon, but if you’re outfitting your gun safe for the apocalypse or just enjoy hunting while looking like a video game character, this top-of-the-line tactical scatter gun gets you that and a whole lot more.

The Fostech Arms Origin-12 Short-Barrel is a 12-gauge shotgun, with a long-stroke gas piston reloading system that enables the rapid-fire shooting. As we said, this is the short barrel version, which we think looks a heck of a lot closer to video game weapons (seriously, this thing looks like it came from Gears of War) than it’s long barrel counterpart. An inline five-round magazine comes stock, although it can also take eight- and 10-round mags, as well as 20- and 30-round drums.

Features include an ambidextrous design (complete with safety and mag release on either side), a forward charging handle, a three-point operational trigger finger position, and an all-weather tactical hard case. Do note, the shotgun only takes 2.75-inch shells.