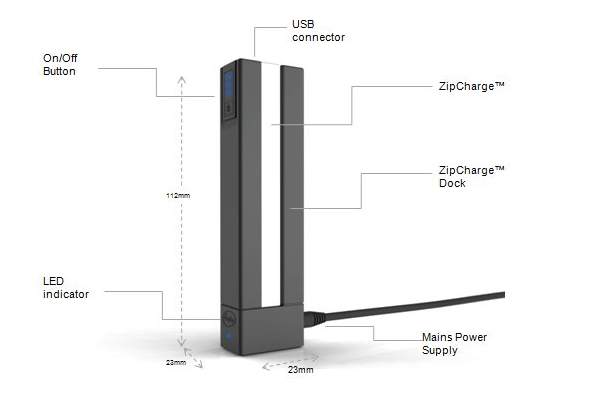 Need to be on your way to a meeting, but just found out your cellphone’s drained? Not a problem with the Freeplay ZipCharge, a portable rechargable battery that can suck up enough juice to power your phone a couple of hours after being plugged to an outlet for 60 seconds. Surely, you can afford to stay back for a minute?

With a form factor that begs a resemblance to staplers, it’s far from the most attractive portable top-up around. I doubt anyone will be directing jokes at the zippy charging, though. According to the company, that one minute of plugging stores enough power to allow up to two hours of iPod playback, 80 snaps for your digicam, eight hours of standby for your phone (that’s a lot of text messages right there) and 15 minutes of talk time. 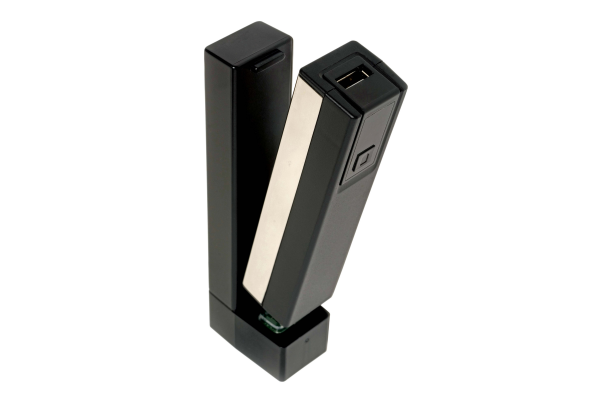 If you have a little more time to draw power from the mains, the ZipCharge can fill its battery in just 15 minutes. Funneled to your gadgets, that accounts for a full charge on your iPod, a full charge on most mobile handsets and up to 800 pictures on your digital camera. The company claims that represents four times faster charging than your typical lithium-ion battery.

You can charge it from an AC power source or from the car, although the cigarette lighter plug is available as a separate purchase. It ships with eight adapters, so you can juice up a wide variety of the most popular handheld electronics in the market. Compatible phone brands include Nokia, Blackberry, iPhone, HTC, LG, Samsung, Motorola and Sony Ericsson; it also supports the iPod and most MP3 players.

The Freeplay ZipCharge is available in the UK, priced at £49.95. A US version is slated to come in the next few months.