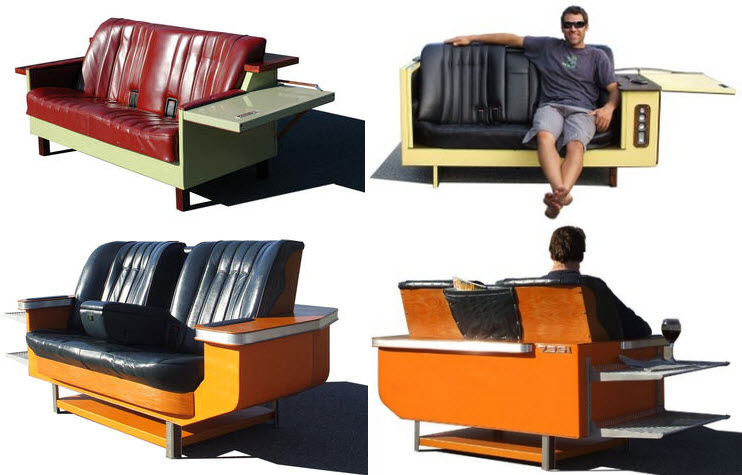 If you’re serious about conserving resources, you really shouldn’t buy your furniture new.  Impress the snot out of the recycling police with the Fridge Couch, a clunky-looking living room seater made from various refurbished parts.

As you can tell from the name, part of the ensemble is made from old refrigerators.  One look at the photos and you’ll know just which parts those are — the frame on the thing looks unmistakably like a fridge.  But that’s not where the recycling ends, as the actual cushions are made from salvaged car seats.  Granted, the result looks a little ghetto, but you’re an environmentally-conscious guy and that makes you awesome.

Each Fridge Couch looks unique due to the different materials they were sourced from.  All units, however, get a pair of armrests, spacious side trays (some foldable, others fixed), a rack that runs around the back and even bottom shelves on at least one unit.

As far as we can tell, Adrian is open to selling those designs, as well as make custom Fridge Couch units.  You’ll need to get in touch for a personal showing, as well as pricing — expect it to be steep, though, since he’s peddling them as one-off art pieces.