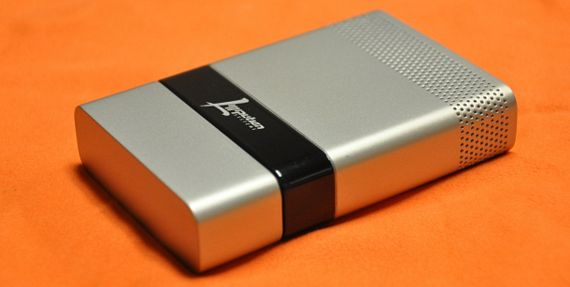 A future with handheld gadgets that do magical things is a wonderful future indeed.  Until those gadgets drain their batteries mere hours after you leave the house, that is.  That can all change with Fuel Cell USB Charger from Liliputian Systems Inc. (LSI), which can replenish your smartphone’s battery up to fourteen times all on its own.

Unlike standard portable charging devices that you’ll need to plug in before leaving the house, the pocket-sized unit uses small refill cartridges that you can buy from a store.  About the size of a cigarette lighter (and will, in fact, be manufactured by cigarette lighter makers), each cartridge is filled with chemicals that the device will then turn into usable energy for feeding into your USB gadget of choice.

The LSI Fuel Cell USB Charger looks no bigger than a lot of today’s large-screen smartphones, allowing you to carry it in-pocket for ultimate portability.  Unlike previous portable fuel-cell solutions that used methanol or sodium borohydride, the new system uses butane, leading to charge times that, in all seriousness, puts previous efforts to shame.  The device can pass on the juice to any gadgets that charge via USB including smartphones, music players and, yes, your favorite USB Itch Remover.

Retailer Brookstone will be the first to get the device, which they will sell at an as of yet unannounced brand name.  No pricing has been announced for the actual Fuel Cell USB Charger, but the cartridges should be roughly around the price of a Starbucks coffee. Not bad, especially for something that can seriously bail you out of a gadget emergency.