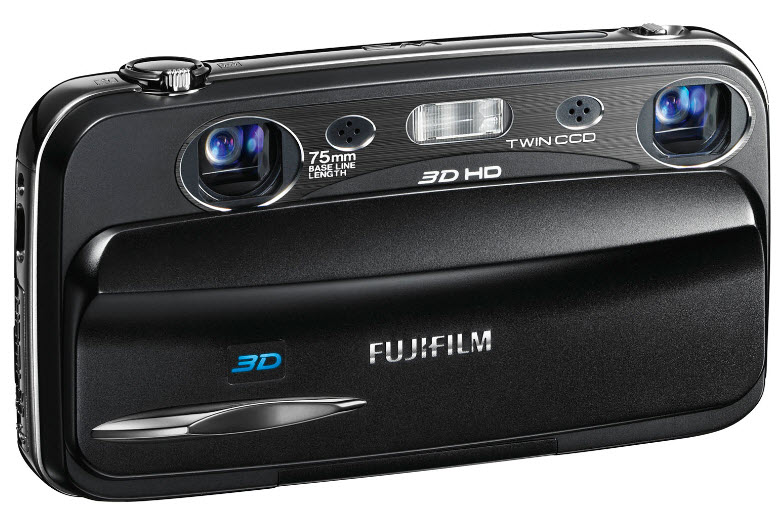 Remember the world’s first compact  3D camera from last year?  Fuji just announced a new version of their pioneering point-and-shoot with the FinePix Real 3D W3, a compact digicam that can both shoot 3D images and record high-definition 3D movies.

Smaller (4.9 x 2.6 x 1.1 inches), lighter (230 grams) and cheaper (by around $100, according to some sources) than its predecessor, the new handheld improves on the original in many ways, although the shooting mechanism (which uses two sets of optics, whose shots are combined on the fly) follows the same concept.  The 3D can also be turned off for use as a regular digicam, snapping stills in conventional two dimensions with a multitude of effects at your disposal, thanks to the dual lens configuration. 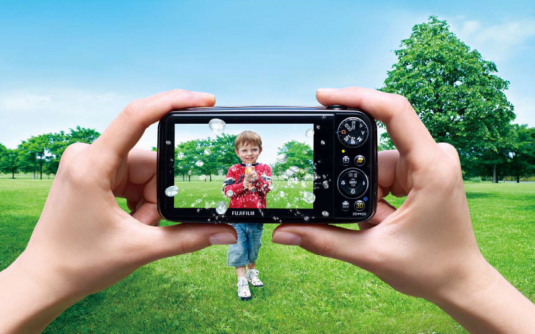 The Fuji FinePix Real 3D W3 has two 10-megapixel CCDs and two lenses with 3X optical  zoom that are spaced at 2.9 inches apart to create the illusion of depth.  You can watch any scene you’re shooting on the onboard 3.5-inch lenticular LCD, that shows 3D images even without special glasses (just like the 3DS).  Fancy 3D images are stored in MPO and MPO+JPEG format, while the 720p 3D movies are saved in 3D-AVI.  It only has 32MB of onboard storage, so make sure you’ve got the SD cards handy.

As before, Fuji offers a photo printing service that lets you transfer your images to special lenticular prints  (sizes range from 9 x 6 inches and below) that will display 3D scenes even without wearing dorky glasses.  There’s also a mini-HDMI out for watching slide shows and videos on a compatible 3DTV.

Set to launch in September, the Fuji FinePix Real 3D W3 will retail in the UK for £399.  No word on pricing elsewhere.