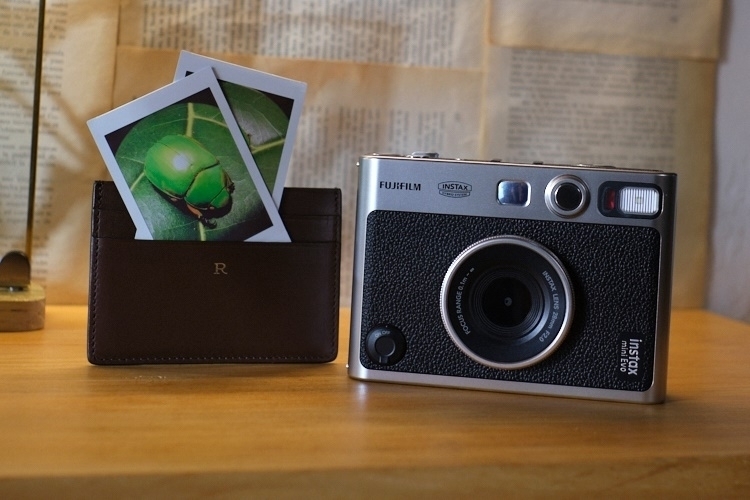 It looks like a vintage camera that came out well before the turn of the century. You know, the kind that takes a roll of film that you’ll have to take to the shop to get developed into prints. Turns out, it’s not one of those. Instead, the Fujifilm Instax Mini Evo is the outfit’s newest instant print camera that combines the <a href=”https://www.coolthings.com/polaroid-go-pocket-size-analog-instant-camera/”>classic appeal of old Polaroids</a> with modern tech conveniences.

The new flagship in the <a href=”https://www.coolthings.com/fujifilm-instax-square-sq10/”>outfit’s instant film line</a>, it brings the same immediate gratification of previous models with <a href=”https://www.coolthings.com/leica-sofort-instant-camera/”>credit card-sized prints</a> you can hold in your hand shortly after taking a photo. Except, it’s fitted with a few more niceties than usual, allowing you to do a whole load of things not available from previous models. 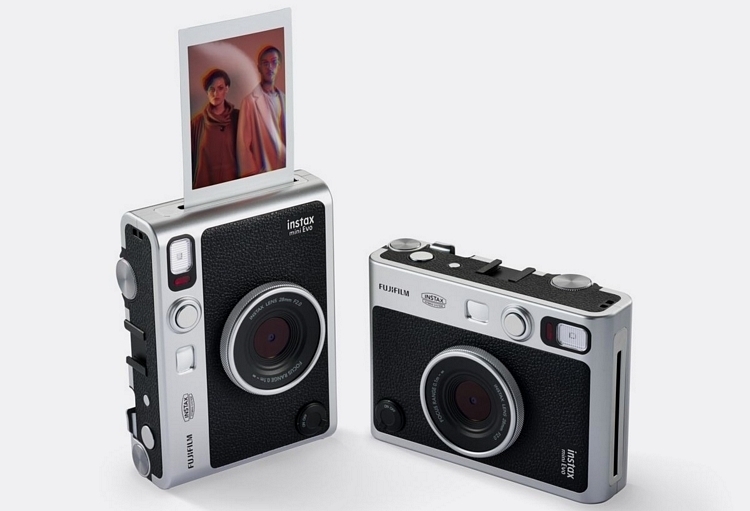 The Fujifilm Instax Mini Evo works like any digital camera, allowing you to frame a subject and hit the shutter to capture a digital image, which is saved into a microSD card. Of course, it’s also equipped with the outfit’s Instax Mini film, allowing you to immediately print any image right from the camera body. Unlike previous models, though, it allows you to apply over 100 effects combinations to the images before printing, giving you a plethora of ways to alter each image to your exact liking.

Turning the camera’s lens dial, for instance, will cycle among 10 different lens effects, such as “soft focus” and “light leak,” while a film dial on top lets you cycle through 10 film effects, such as “monochrome” and “retro.” That way, you can make your instant prints look like your Instagram feed if you want to. There’s also the option to switch between rich colors or more natural colors, so there are plenty of ways to change up what you eventually get on the final print. Once you’re satisfied with the alterations you’ve made to a photo, simply pull the print lever control on top to start applying it to physical paper. 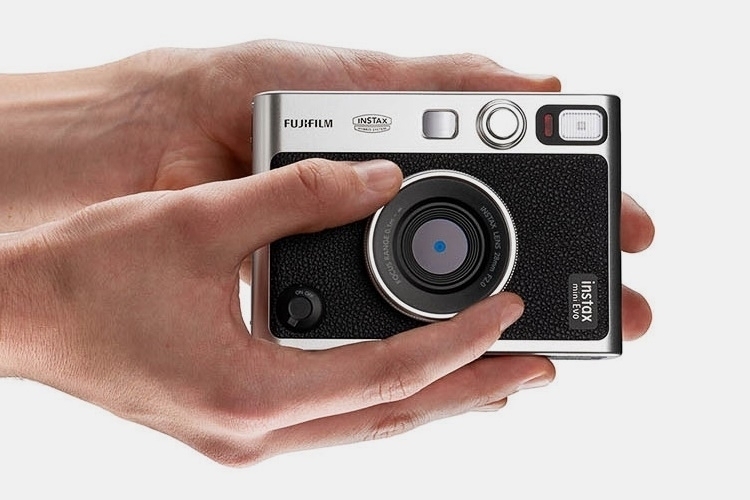 The Fujifilm Instax Mini Evo can also pair with a smartphone, in case you’d rather print photos from your phone’s camera roll. That means, you can apply even more filters and effects to your eventual prints than what’s available on the camera. Heck, you can Photoshop your images, save it to your phone, and print that if you want. Even better, you can transfer images from the camera to your phone (although it will come with those borders to make sure everyone knows you used their instant camera), in case you chance upon some really good shots while using the standalone device. 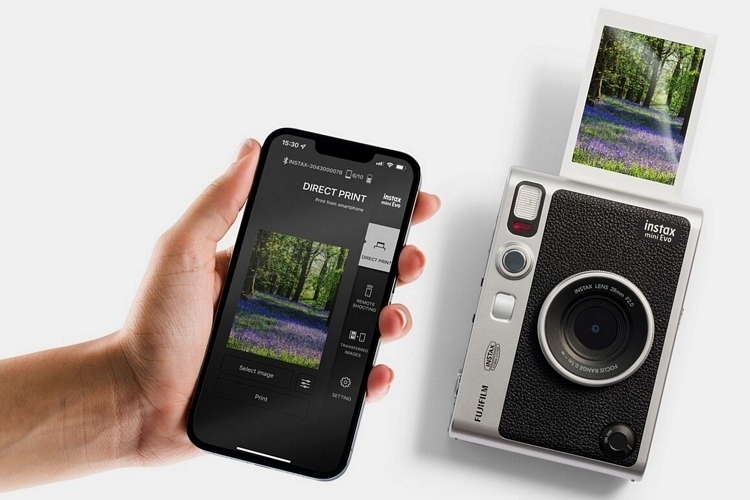 Sadly, Fujifilm gave no details about the sensor used for this iteration. According to them, though, it bears twice the exposure resolution of previous models, so it will deliver better quality prints. If that means it gets higher resolution sensors than previous cameras, by the way, then that would make sense, since they’re actually letting you share the photos online now, where low-res captures will be terribly easy to spot.