FunKey S Puts A Handheld Console With A Tiny 1.5-Inch Screen That Can Play PS1 Games On Your Keychain 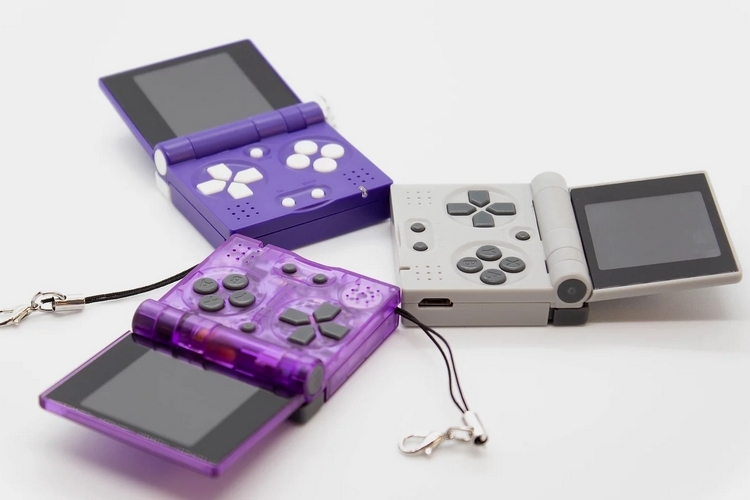 Between the Switch, your phone, and all the novelty consoles you’ve bought the last few years, you absolutely don’t need another handheld game console. We know, however, that’s not going to stop you from getting another one. Especially when the darn thing can run those OG Playstation games while fitting comfortably on your keychain, which is what you will get with the FunKey S.

A really small handheld game console, it takes on a clamshell form factor similar to the Gameboy Advanced SP, so it looks like just some random box that’s hanging on your keychain when folded up. Open it, though, and you get treated to a tiny window through gaming history that will let you play games from a dozen retro gaming devices. 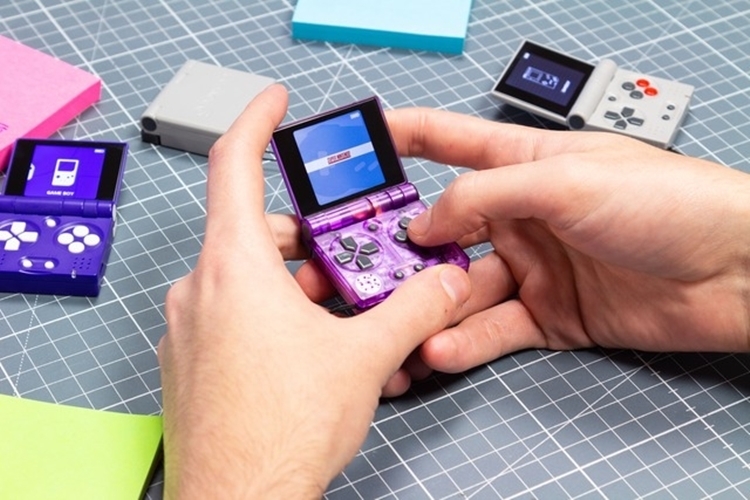 The FunKey S measures just 1.67 x 1.75 x 0.5 inches when folded up, so it’s as small a handheld game anyone will probably tolerate. When opened, it reveals a 1.54-inch IPS display panel with 240 x 240 resolution and 50Hz refresh rate, along with 0.5-watt speakers and a suite of controls that include a D-pad on the left, four action buttons on the right, and a pair of shoulder buttons on the corners. Under the shell, it houses a 1.2GHz ARM Cortex-A7 system on a chip, 64MB of DDR2 RAM, and a storage slot for an SD card up to 128GB. It’s also got a sensor that lets it know when the console is opened or closed, automatically turning on when the clamshell opens and powering down when it’s closed.

There are no preinstalled games, but it runs a new distro called FunKey-OS that’s been optimized for the sole purpose of emulating games on the console’s hardware. According to the outfit, it boots in under five seconds, allowing you to get into a game instantly, all while saving right where you left off, so you can return to any game with all your progress still intact. Yes, you don’t have to manually save progress on this console, as it automatically saves your game whether the session ends with you suddenly closing the clamshell for whatever reason or the battery drains out. 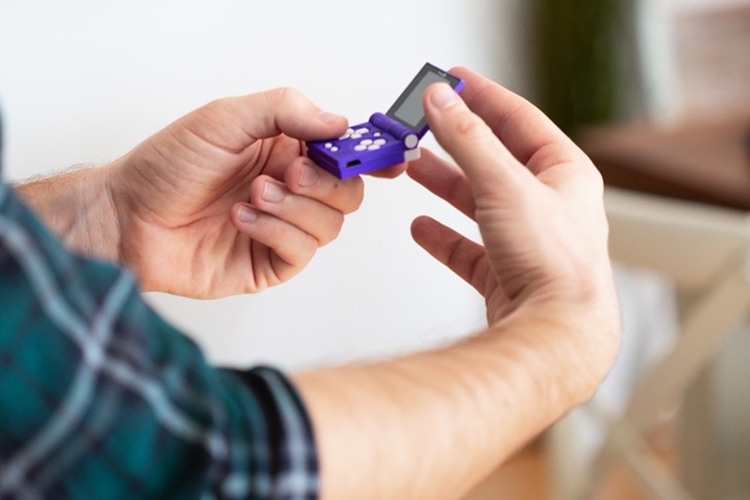 According to the outfit, the FunKey S can play game ROMs for the NES, SNES, Gameboy, Gameboy Color, Gameboy advance, Sega Master System, Sega Genesis (Megadrive), Sega Game Gear, Playstation 1, Atary Lynx, WonderSwan, and Neo Geo Pocket, with plans to add even greater support down the line via software update. Yes, it plays ROMs for all those platforms, so you’re going to have a nearly limitless number of titles to play, albeit, in a less-than-legit manner. It comes with a 400 mAh battery, by the way, so it should hold enough power for a few hours of fun gameplay. 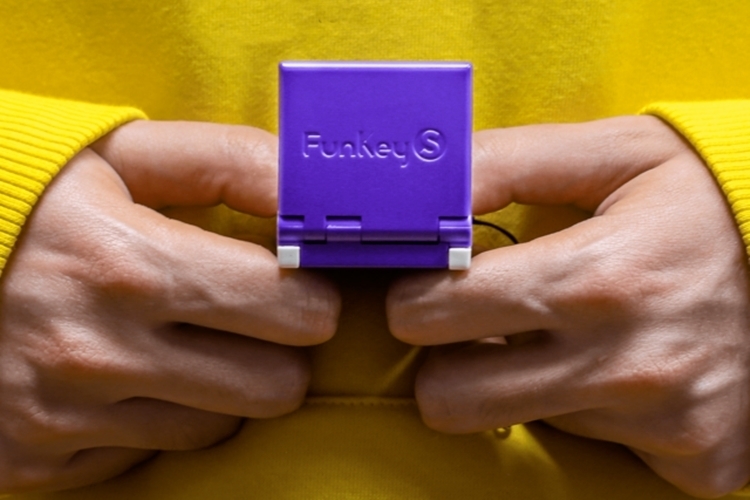 The software running, by the way, is strictly a game emulator, so there are no unnecessary software like text editors and MP3 players onboard.  The OS is open-source, though, so those with a penchant for coding should be able to add any software add-ons of their own making.

Originally a Kickstarter project, the Funkey S is available now, priced at €65.