Funny Teabags Turn Your Cup Into A Flavorful Jacuzzi 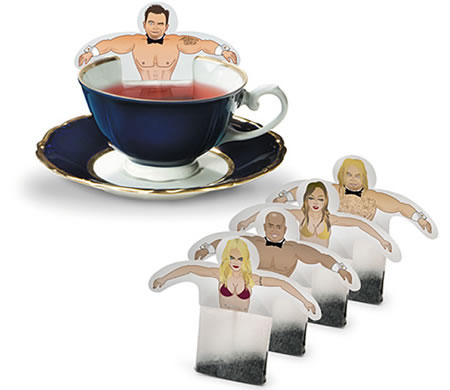 Nothing beats a good cup of tea and a little chuckle early in the morning (unless you prefer coffee, of course).  These German-made teabags give you both, sporting familiar characters that cling to the side of your teacup, like folks bathing in a jacuzzi.

Three sets of bags are currently available.  The DemocraTea consists of political figures from the American Democrat party, sporting the likenesses of Barack Obama and Hillary Clinton, among other fixtures.  The RoyalTea, on the other hand, consists of people from England’s royal family, including the Queen and Prince Charles.  The last one takes the loot for me, the StripTea, which consists of random characters clad in stripper get-up, making you wonder whether you’re getting herpes while drinking a warm cup. 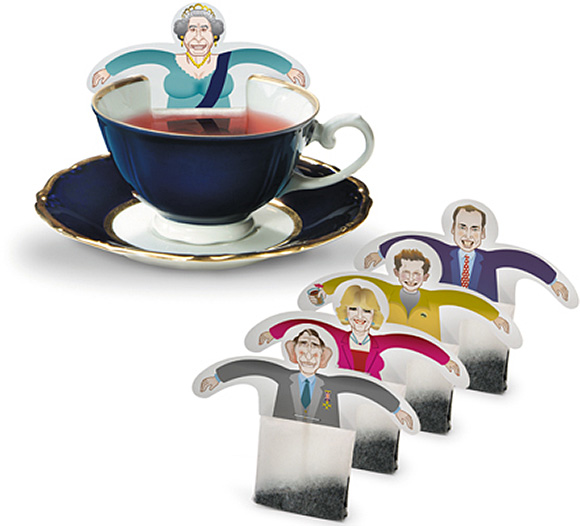 How does it taste?  I have no clue.  It’s just a classic tea blend, with no mention on the sales page about any special ingredient.  My guess is it probably tastes like crap.  Nobody cares, though, since you’re buying the hilarious novelty of drinking a cup with some funny-looking dudes hanging out right by its walls. At least, you’ll get a kick out of it.

You should also be able to pluck out the cardboard printouts and attach them to better-tasting bags – just staple them to your favorite blend and enjoy good tea with a little morning comedy.  The DemocraTea, RoyalTea and StripTea are all available in sets of five bags each, priced at 7.50 Euros.  For the joy of having your morning drink spruced up by a half-naked blonde stripper with too much eyeliner, it sounds worth it.