We’re not sure whether this first-person video of the Fury 325 is trying to entice us or discourage us from riding their soon-to-open roller coaster. Seriously, I feel nauseous after just watching it. 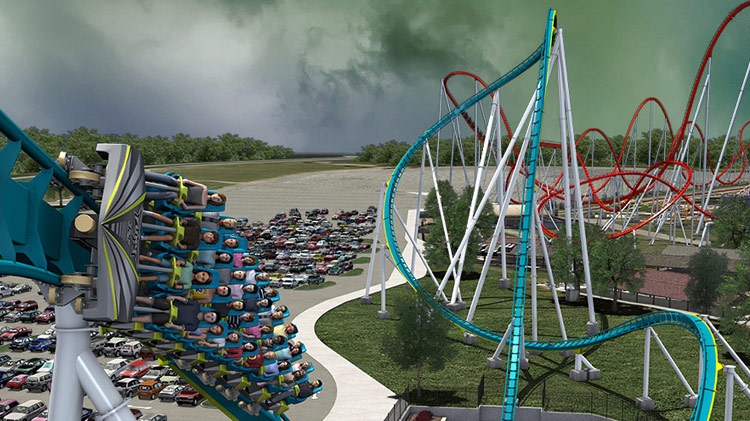 Described as “the world’s tallest and fastest giga coaster” (it will officially steal the crown from Japan’s 318-foot Steel Dragon 2000), the 325-foot tall amusement park ride will take riders across the rails at breathtaking speeds of up to 95 mph. Like every awesome coaster, it comes with ridiculously steep drops, including a hill that plunges down a whopping 81 degrees.

Installed in Charlotte, North Carolina’s Carowinds amusement park, the Fury 325 is built using 2,700 tons of steel, all set up on a structure spanning 8.4 acres of land. Three trains, capable of holding 32 passengers each, will travel through a massive 6,602 feet of steel tracks. Each ride lasts approximately 3 minute and 25 seconds of one wild, adrenaline-pumping sequence after another, with nary a few seconds of break. 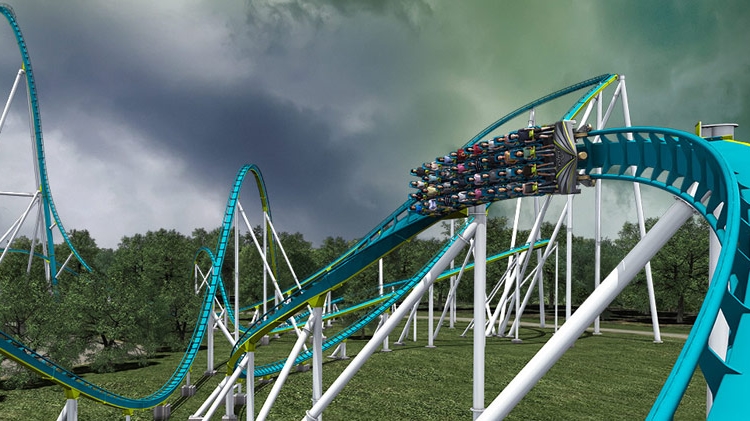 Aside from the initial 81-degree hill, the ride includes a 91-degree overbanked horseshoe turn, a 190-foot tall barrel turn, a sharp dive right under the pedestrian bridge, a double-helix maneuver, a camel back hill, and even a high-speed S-curve. Carowinds claim the track’s twists and turns are modeled after a hornet’s flight, which makes me pity the darn insects, who probably spend the day wanting to throw up.

Made by Bolliger & Mabillard, the Fury 325 is scheduled to open sometime in the spring.