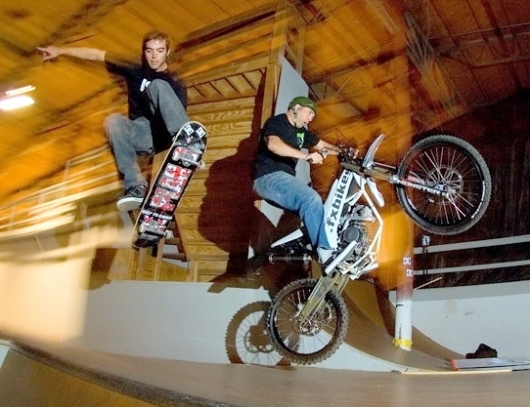 Bored with your extreme sports lifestyle?  Try something new with the FX Mountain Moto, a hybrid dirt bike/mountain bike that professes a whole, new riding experience.

First unveiled to the world back in 2006, the crossover motorcycle creates an entirely new category of two-wheeled vehicles: the mountain motorcycle.  Plagued by production delays and an economic recession, the novel ride appears ready for its first trial production run this year, duly tweaked to deliver even better performance. 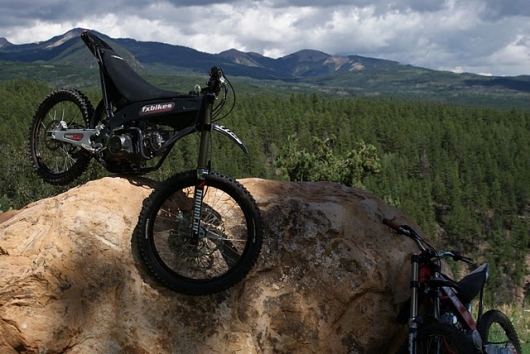 At its current configuration, the New Zealand-designed FX Mountain Moto weighs a light 125lbs, qualifying it as “the world’s lightest adult-sized dirt bike.”  It comes with a 125cc Honda-Jialing engine putting out 9 horses.  Available in both auto and manual configurations, it reportedly achieves a gas mileage of 100mpg. 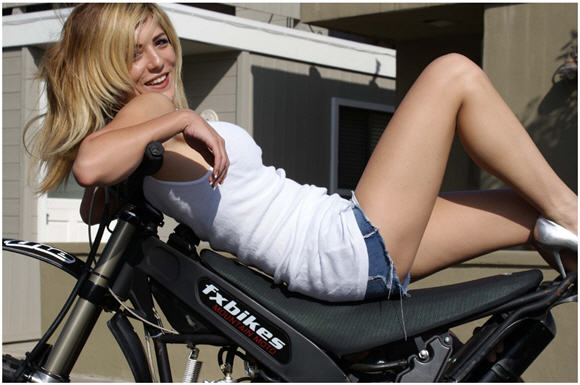 The Mountain Moto can streak downhill like a mountain bike, all while climbing uphill with little effort.  Since it’s sized like a regular mountain bike, it’s much more convenient to transport and is light enough to be lifted over previously impossible-to-clear obstacles.  Designed for exploring new territory for riders, it’s one innovation that’s likely to be welcomed by both bicycle and motorcycle enthusiasts.