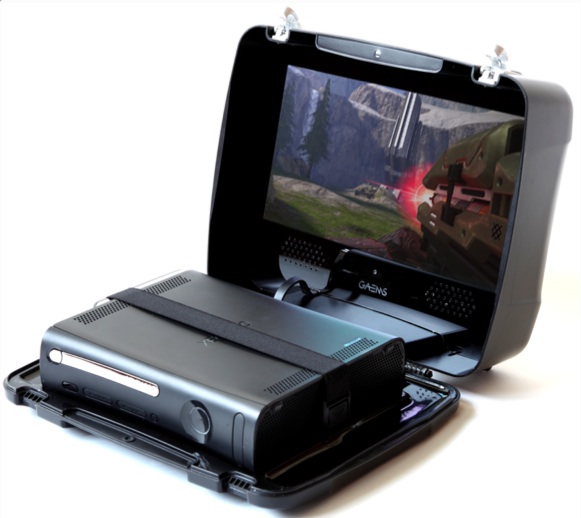 I admit.  I haven’t heard any of my friends throw the words “LAN Party” around for almost a decade now.  But the GAEMS Suitcase, a travelling bag designed to both hold your Xbox 360 and let you play  with it, might revive the term into common parlance.

Created by Dean Mercier, the gaming console carry-all is designed to make playing with your Xbox 360 a portable affair.  Well, as portable as hauling a monitor and a CPU back in the heyday of the weekend LAN parties, anyway. 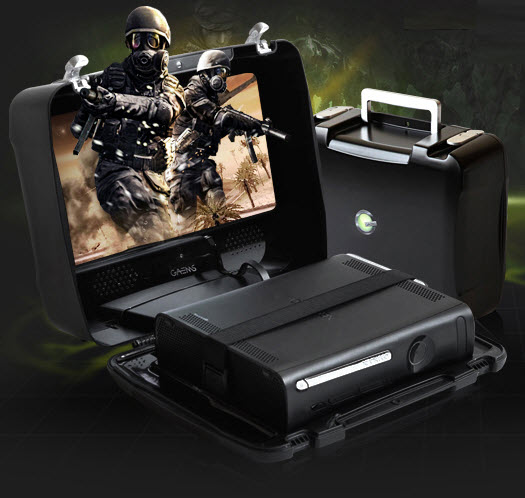 Designed for OPP (open, plug-in and play) operation, the GAEMS Suitcase comes with a built-in  15-inch, 720P LCD right on the LID, allowing you to open it and begin playing without having to find a TV to plug into.  Speakers are also installed right into the thing, along with all necessary connectors.  Simply strap your machine right on the other side, slip in all the matching jacks and you can spend the rest of the afternoon fighting over a power outlet with dudes trying to charge their laptops at your local Starbucks.  Yes, while you’re playing Red Dead Redemption to their consternation.

The bag is covered with a dense layer of polyurethane to keep the whole rig safe from regular bumps that come with portable handling.  Sized to pass as carry-on luggage for airlines, all you need is a power source to plug into and you’ll be all set for mile-high gaming.  You might have to beg the flight attendants for one, but that’s where your natural charm comes in.  We heard you pack it in spades.

According to Mercier, the initial prototype of the GAEMS Suitcase is only version one.  They showed it off at E3 this month and will be taking the feedback to revise it into the second version slated for July.  As of right now, they’re looking to modify it to handle all current-gen gaming systems (not just the 360), with a final product available to the public by the end of the year.