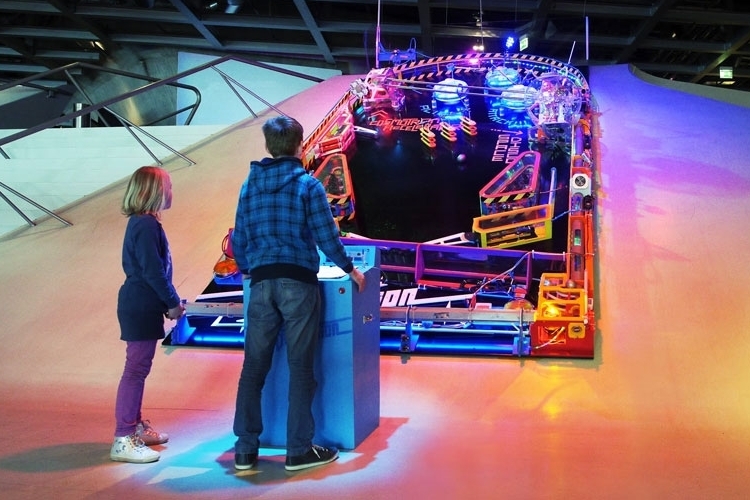 Pinball’s a lot of fun. But would a lot more pinball be a lot more fun? We’re guessing the answer is affirmative with the Galactic Dimension, a pinball game endowed with supersized proportions.

Created by artist Niklas Roy, the massive game is installed at Phæno, a science museum based in Wolfsburg, Germany.   It’s made as part of an exhibit celebrating more traditional pinball machines, a selection of which are also displayed in the exhibition floor, on loan from the Pacific Pinball Museum. 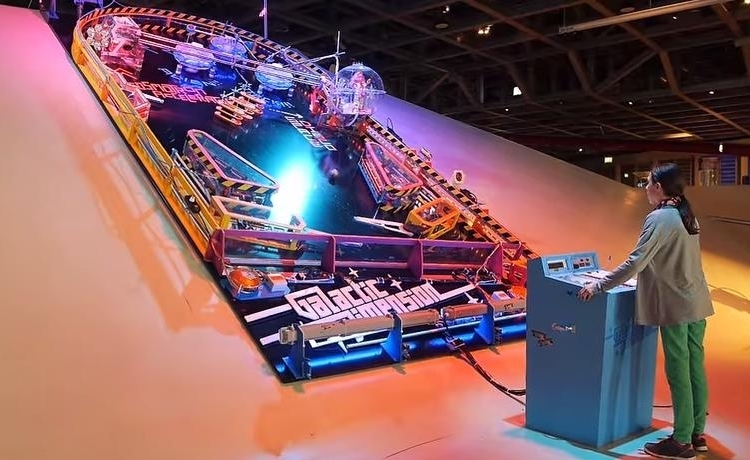 Measuring 9.8 x 19.7 feet, Galactic Dimension is a fully-playable mammoth-sized attraction mounted on a steep ramp in the exhibition hall. At the bottom of the ramp is a control system built into a stand, allowing visitors to direct the giant balls rolling across the equally giant playing field. In going with the science theme, the game is styled with UFOs and other cosmic elements, complete with the necessary lights and sounds (a whole lot of both) to turn it into a genuine arcade experience. To simplify the build, each electronic module on the game comes with its own power supply, integrated sensors for detecting the ball’s position, built-in sound and light effects, and an Arduino microcontroller, with various components built from repurposed everyday items, like the plunger (made using a sewer pipe and hair dryers) and the actuators (hair dryers and electric fans).

The Galactic Dimension installation will continue to run at Phæno until September 2015.